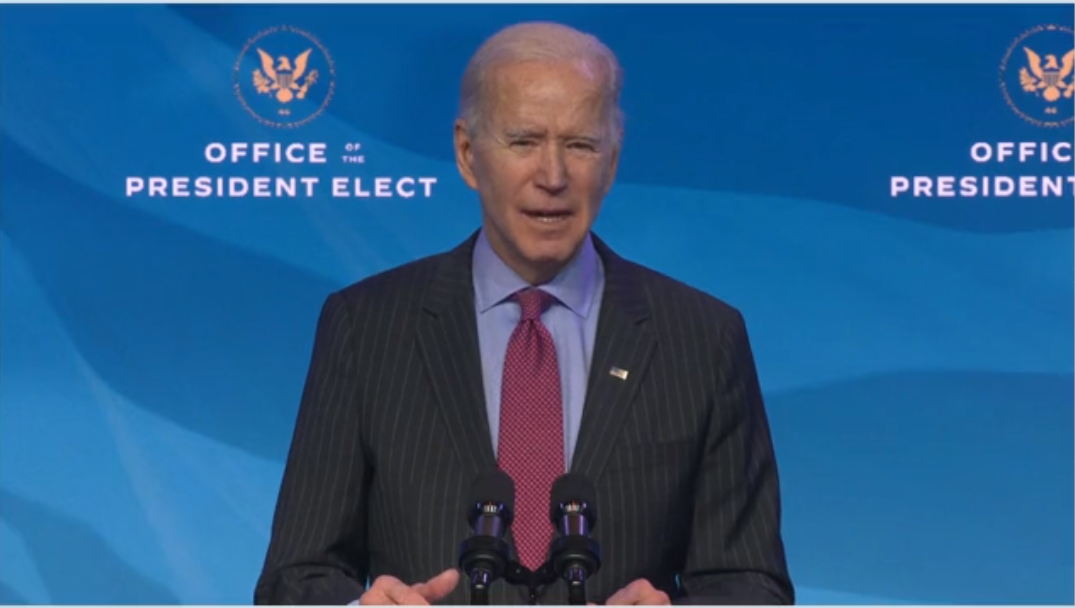 President-elect Joe Biden is healing the nation and he took a step toward that goal in a press conference Friday where the president-elect compared Texas Senator Ted Cruz to Nazi propaganda minister Joseph Goebels. Sen. Cruz is a Southern Baptist and is a member of First Baptist Church of Houston, Texas.

According to the Dallas Morning News,  Biden compared Cruz to the Nazi propaganda minister. The newspaper reported, “In extraordinarily sharp remarks Friday, President-elect Joe Biden compared Sen. Ted Cruz to Hitler’s propaganda master in the way he peddled Donald Trump’s ‘big lie’ about election fraud, though Biden stopped short of blaming Cruz for the riot by a pro-Trump mob at the Capitol as many Texas Democrats have done.”

At least he “stopped short of blaming Cruz for the riot.” How very generous of the president-elect. This is certainly a real example of healing in America.

And Biden’s attack against Cruz was directed at one of the highest elected Southern Baptists in America.

According to Baptist News Global, Cruz “attended Second Baptist High School in Houston as a teenager and went to high school at the Second Baptist School. After returning to Houston in 2008, Cruz and his wife, Heidi, began attending First Baptist Church.”

Will lifelong Democrat Russell Moore of the Southern Baptist Ethics and Religious Liberty Commission (ERLC) stand up against this abusive attack on a fellow Southern Baptist?

Or will he silently approve of it? We all remember how quick he rebuked President Donald Trump over mean tweets. How can we forget he demanded President Trump resign?

And right now, the culture is at war with everything conservative.

Sen. Cruz and others like Sen. Josh Hawley and Sen. Tommy Tuberville are under attack for exercising their constitutional prerogative to challenge Electoral College votes. The senators an/ or their constituents believed there was good reason to suspect voter fraud occurred in certain battleground states. They had every right to object. Democrats have objected in the past.

However, now these Republicans are being targeted.

What is next? Will Woke Elites deny people access to lawyers?

Oh wait, they have already tried that.

Liberty in America is dying.

If you are a conservative, then dark days are ahead. If Joe Biden thinks Ted Cruz is like a Nazi and gets away with saying it out loud, who will he demonize next?

Southern Baptists must unite around our brother Ted Cruz. There is no place in America for this type of rhetoric.

Joe Biden owes Sen. Cruz and all of America an apology.