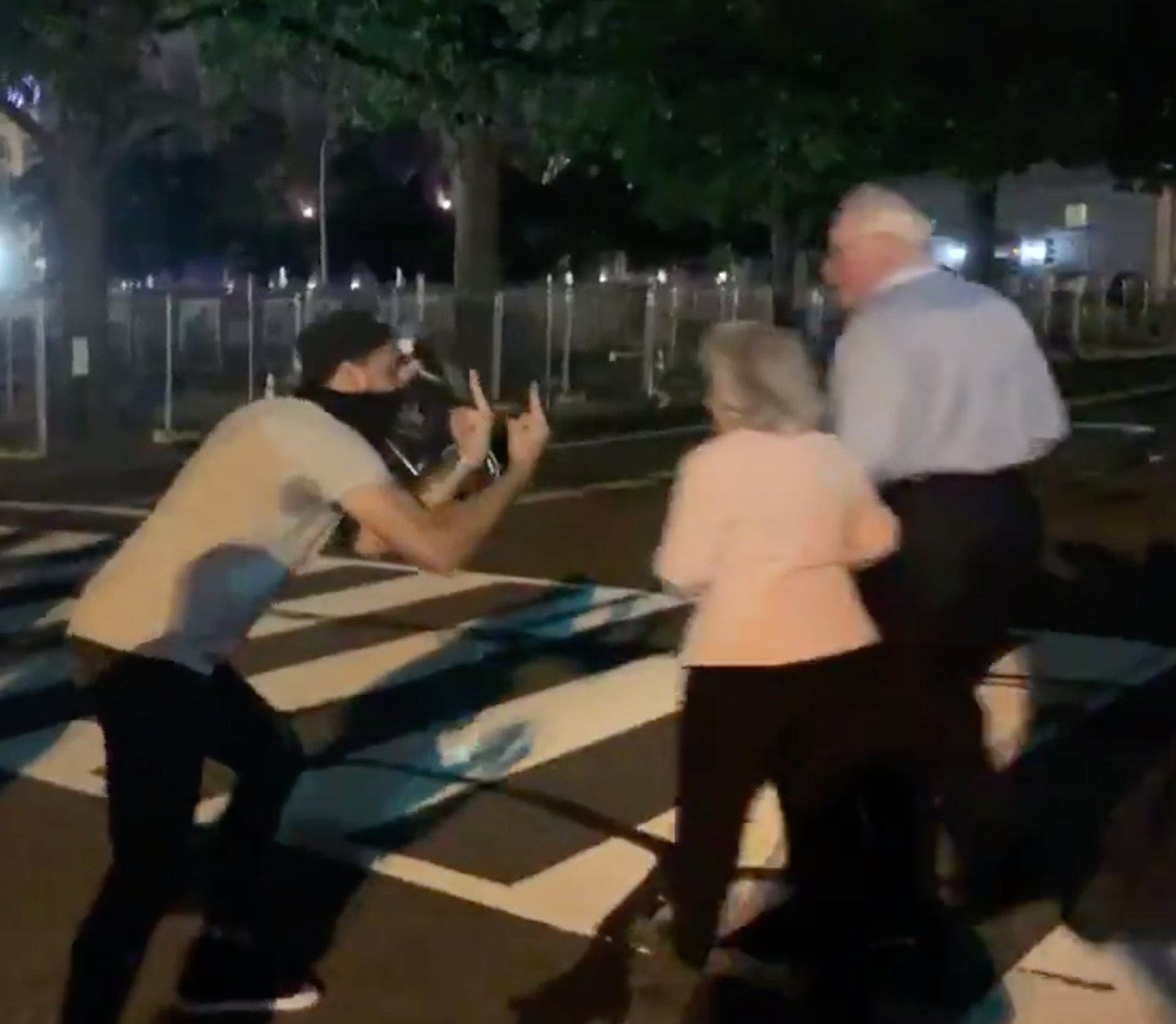 A Rebirth of America or the Great Reset? Pick one. You can’t have both.

The riots taking place across America are a sign of the times. America is in a new civil war. This civil war was created by the lies of the mainstream press, the Democratic Party and academics spreading racial identity politics.

The lies of racial identity politics including Critical Race Theory and Intersectionality are even supported by so-called conservative Evangelical churches like the Southern Baptist Convention. These godless ideologies spread hate. They are a tool of division.

So, why are Christian organizations promoting this evil thinking?

That is a good question. What forces are at work today in every facet of our life?

There is a push to destroy America and rebuild it. That is what is at stake in this new civil war: Will America long endure? Or will it perish from the earth? Those are the questions posed by Abraham Lincoln at Gettysburg. They are our questions to answer now.

A new birth of freedom.

Abraham Lincoln’s words on the Battlefield of Gettysburg echo loudly today as the country tears itself apart in a new civil war. Lincoln called the nation to preserve the Union and give to all its people a new birth of freedom: “That we here highly resolve that these dead shall not have died in vain — that this nation, under God, shall have a new birth of freedom — and that government of the people, by the people, for the people, shall not perish from the earth.”

Whether you want it or not.

Ben Shapiro in his new book outlines the forces at work. He calls the forces disintegrationists and unionists. Read his book. It is outlines what is happening to the American Republic. Rich Lowry’s The Case for Nationalism exposes the dangerous history taught in American universities. Another book to read that shows what is happening is Daniel Chirot’s You Say You Want a Revolution?.

Here is an important excerpt that exposes who and what the Democratic Party is all about:

“What leaders write and say is crucial, but their ideology is also reflected by the symbols they manipulate, and they have to be taken just as seriously. Hitler and Mussolini reveled in the violent symbolism of their brutish street tactics that clearly promised much more nastiness if they took power. The hateful images of their enemies propagated in newspapers, pamphlets, and posters were a warning of what could come. In revolutionary France, Marat’s journalism was deliberately violent, so when Robespierre’s radical Jacobins took power, it should not have come as a surprise that there would be more bloodshed. Mao was a master of symbolic propaganda, and its violence prefigured his most extreme policies. What was true then remains the case today. Read carefully what potential political leaders write and say, and if it sounds extreme, do not dismiss their words as mere political posturing. Assume that any approval or encouragement of violence is a prediction of future policies, not just a temporary tactic.”[1]

In other words, when Democratic mayors, governors and presidential candidates crack down on church meetings and encourage protests and even riots—take their actions seriously. They will persecute the church. If they do it now, they will do it more later.

When rioters pull up a guillotine outside the White House—believe them.

These Revolutionaries in the street are revolutionaries. Believe them. Read about the French Revolution—Chirot’s book explores it. So too does Hannah Arendt’s On Revolution. In fact, Arendt’s words are a call to arms and our only way through the crisis of our American Republic:

“In theory as in practice, only a counter-movement, a contrerévolution, could stop a revolutionary process which had become a law unto itself.”[2]

There is no turning back to the time before this Revolution—the only way is forward, through the path before us. Through this Civil War. The only question is which side wins.

Will the side of lawless mobs win?

Will the side of law and order win?

Will the side of Critical Race Theory win?

Will the side of racial healing win?

In case you missed it, the World Economic Forum is pushing to exploit the Coronavirus COVID-19 Pandemic to usher in a New World Order. This Novus Ordo Seclorum will be accomplished via the Great Reset.

What is the Great Reset? It is a reordering of every facet of your life: economic, political and social. Liberté, égalité, fraternité. The World Economic Forum wants to create “Stakeholder Capitalism.” Or, Socialism with Western Characteristics.

According to the World Economic Forum, “Left unaddressed, these crises, together with COVID-19, will deepen and leave the world even less sustainable, less equal, and more fragile. Incremental measures and ad hoc fixes will not suffice to prevent this scenario. We must build entirely new foundations for our economic and social systems.”

The great Samuel P. Huntington warned us about this many years ago in his masterwork The Clash of Civilizations:

“Historically American national identity has been defined culturally by the heritage of Western civilization and politically by the principles of the American Creed on which Americans overwhelmingly agree: liberty, democracy, individualism, equality before the law, constitutionalism, and private property. In the late twentieth century both components of American identity have come under concentrated and sustained onslaught from a small but influential number of intellectuals and publicists. In the name of multiculturalism they have attacked the identification of the United States with Western civilization, denied the existence of a common American culture, and promoted racial, ethnic, and other subnational cultural identities and groupings.”[3]

The Great Reset seeks to exploit these many years of acid eating away at our American institutions.

Those old foundations of the family, the rule of law, and Western civilization must be destroyed. They will be replaced with a Technocratic Elite—a rule by experts.

You know, the same experts that locked down Western economies, changed their minds multiple times about masks and are inciting riots in American cities.

Winston Churchill in the third volume of his History of the English Speaking Peoples details the revolutionary turmoil in France. He astutely points out that starving people do not make revolutions. Revolutions come from classes possessing the influence and determination to seize power. The bourgeois class in France made the revolution—not the starving mass of peasants.

So, too the Great Reset. This is a revolution of the Elites, Academics and Bureaucrats against Western Civilization.

And to borrow from Ronald Reagan’s 1964 speech: America is the last stand for freedom.

One thought on “A Rebirth of America or the Great Reset?”