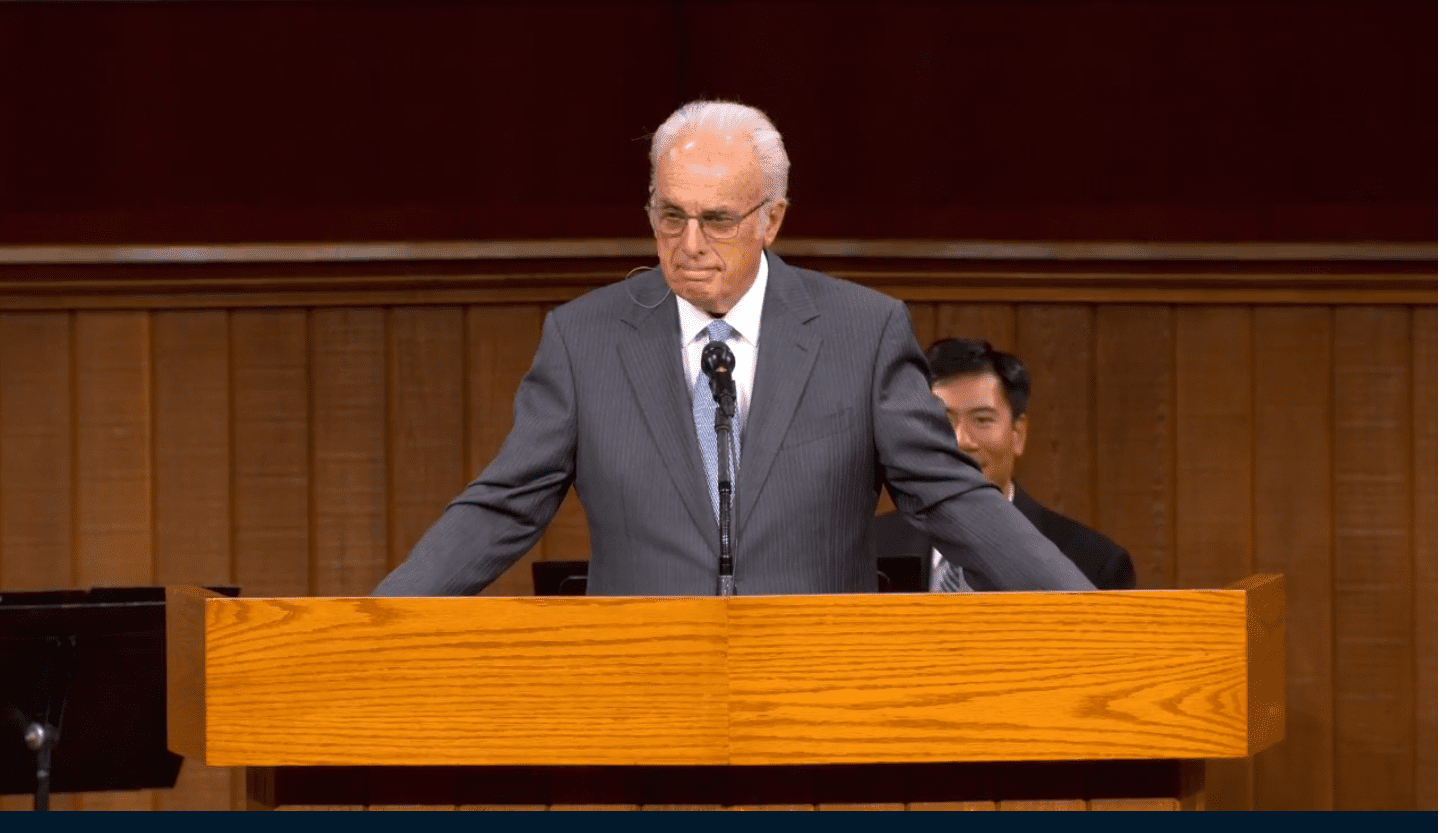 Grace Community Church and Pastor John MacArthur defied Los Angeles, California tyrants and held worship services Sunday morning. The service took place after a crazy week of legal activities that saw the church win Round 1 in local Superior Court and then lose Round 2 in a late Saturday night Appeals Court decision. However, a large crowd showed up Sunday morning mostly without masks and without social distancing.

And the church sent a message. It would meet to follow God’s commands and not man’s rules.

Dr. John MacArthur stressed the church meeting was not out of a rebellious motive but a desire to obey God.

“We are having church,” MacArthur said to thunderous applause. “It is actually hard to figure out exactly what the city is trying to do to us and with us, but we know they don’t want us to do exactly what we are doing right now. We are not meeting because we want to be rebellious. We are meeting because our Lord has commanded us to come together and worship Him.”

After detailing some of the legal developments over the last week, MacArthur was blunt about how the City and County are working to prevent the church from gathering.

“They are not willing to work with us,” MacArthur said. “They just want to shut us down. But we are here to bring honor to the Lord.”

MacArthur then said the church must pray for the salvation of our political leaders.

Yes. We must all pray for our leaders.

We must also follow MacArthur’s example and defy tyrants.

We should follow the examples of history. We must do as William of Orange and pledge to defend our liberties and the faith from all who wish to destroy these precious gifts.[1]

We must defy these Leftist Tyrants in California and throughout America.

Tyranny is any action by a governing authority outside its jurisdiction.

Governments have two sources of authority. First, God ordained government for our good and thus act as God’s servant (Romans 13:4). Second, government is formed by society through some means and is invested with authority typically through some type of Constitution. In the United States, each state and the federal government have their own constitutions which outline their powers and limitations. The US Constitution has a Bill of Rights that over time limits not only the federal government but also the states.

The question of if the government possesses the power to limit or modify how and when churches worship is a theological question debated by conservative, orthodox Christians; however, there is general agreement that Christians must “obey God rather than men,” (Acts 5:29). Banning worship for a limited period is much different than months up on months of worship bans while abortion clinics, liquor stores and riots proceed unchecked by the state.

It is clear: California favors some groups and persecutes Christians.

Also, when a leader or government ignores the Constitution then its orders are no longer valid. As American citizens our loyalty is not to men but to the Rule of Law—law established by the consent of the people and detailed in our Founding documents.

A plain reading of these documents make clear that the state has no such draconian powers to ban church meetings while allowing riots, protests and other favored activities.

Leftist Tyrants are attempting to create a new order. This new order is being forced upon the people without their consent and ignoring the constitutional protections and privileges.

We must defy tyrants.

We must maintain the liberties of our people and the faith once for all delivered to the saints.

The time to act is now.

[1] William of Orange’s motto Je Maintiendrai (I will maintain) was joined with the slogans The Liberties of England and the Protestant Religion during the Glorious Revolution.