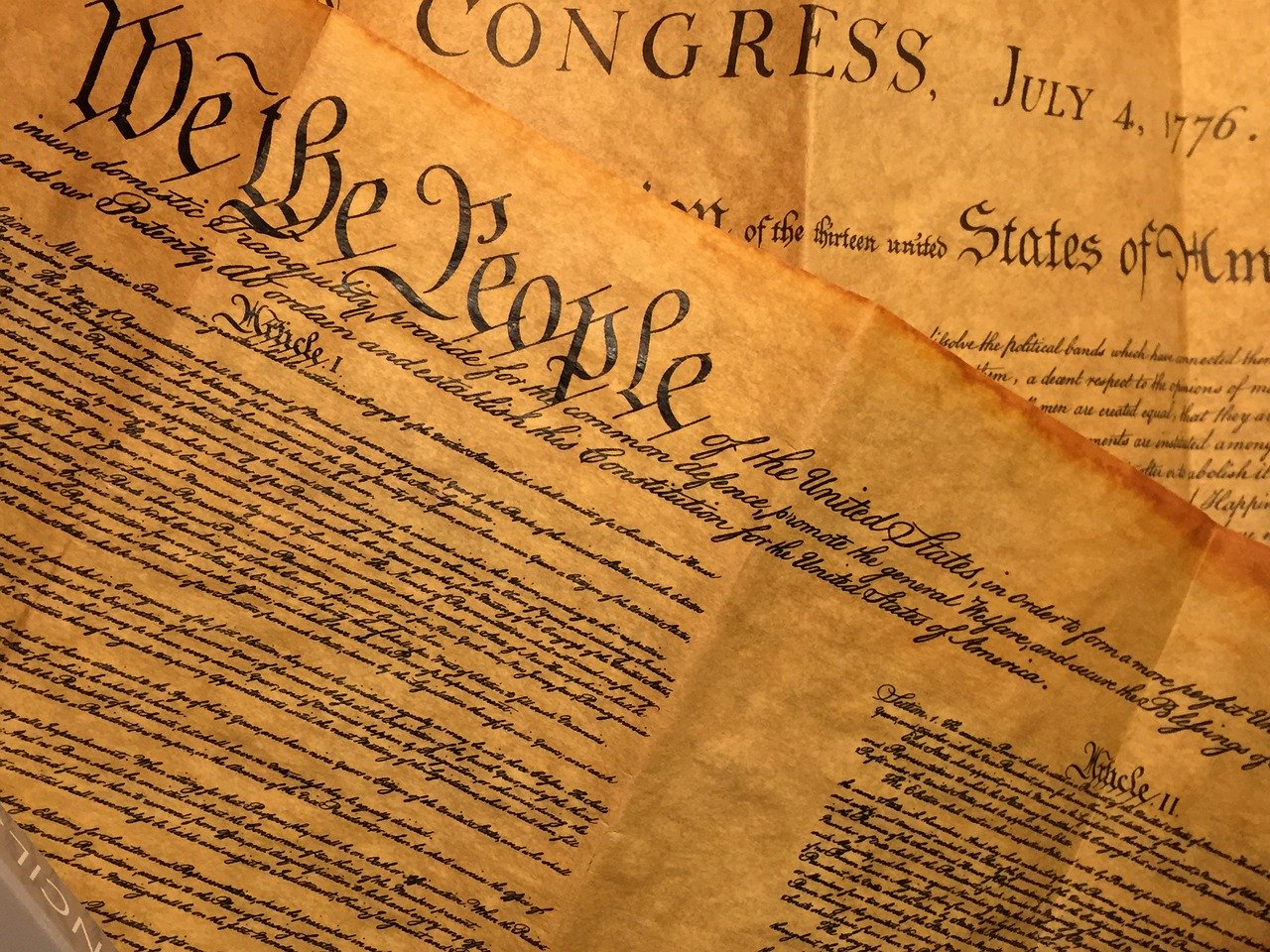 SEBTS says white silence is a ‘structural problem’ in America

In a recorded broadcast of a Southeastern Baptist Theological Seminary (SEBTS) panel discussion, Professor Mark D. Liederbach said the US Constitution is a sinful document that created a sinful culture leading to systematic injustice. Lierderbach is Vice President of Student Life and Professor of Theology, Ethics and Culture at SEBTS.

“When we see a document like the United States Constitution—it is an incredible document, but the Scripture tells us the men who created that document are sinners. So, they are going to bring sinful thought patterns into the US documents. That would be true of every single culture in the world,” Liederbach said in the SEBTS video.  “Sinful people create sinful cultures and therefore there will be structural sins involved in the way society is built.”

That is an interesting claim.

It is a claim expected to come from the pen of Howard Zinn or Neo-Marxist critiques of capitalism rather than someone paid by conservative, Bible-believing, American-flag waving Southern Baptists.

Liederbach is right when he says the Constitution of the United States is an “incredible document.” Yet, how can a document be “incredible” if it also created by “sinful thought patterns” that lead to “structural sins?”

Structural sins would be bad. It would not be incredible.

Is Liederbach right? Is the fact that sinful men write a document that it necessarily creates structural sins?

What are structural sins? Is it that some people have more privilege than others?

Is it that a rich man can afford a better lawyer than a poor man?

Liederbach suggests that white silence—the silence of the white community and not standing up for People of Colo—is a “structural problem” or one of those social sins.

Contrast how this SEBTS professor describes America with how previous pastors and political thinkers have described America and the Constitution. They believed the American Constitution was infused with biblical principles.

Scholars echo the view too. Daniel Driesbach explained, “Notwithstanding the emergence of secular influences, the United States Constitution of 1787 retained provisions that in content and design were familiar to a Bible-reading people. The Judeo-Christian concept of covenant arguably informed ideas of compact, contract, and the very notion of constitutionalism. (Significantly, the word ‘federal,’ which is so much a part of American constitutional vocabulary, means ‘of or pertaining to a covenant or compact.’)[1]

Driesbach offers many examples of the Constitution’s recognition of its Judeo-Christian roots. These include the recognition of Sundays as special (Article 1, Section 7, Clause 2), the requirement of two witnesses being necessary for conviction of treason and prohibition of Double Jeopardy or that no man be tried twice for the same crime.

According to Driesbach, “A maxim of canon law that no man ought to be punished twice for the same offence has been attributed to a fourth-century commentary by Saint Jerome on Nahum 1:9 (“affliction shall not rise up the second time”). From these origins, the principle forbidding a defendant from being tried twice for the same offence entered into canon law and English customary law and was transferred to American colonial law and early state declarations of rights before it was ultimately enshrined in the Fifth Amendment to the US Constitution.”[2]

Some believed America’s Constitution followed the model of the Hebraic Republic by dividing powers between a Judge, a Council and an assembly of the people. According to James P. Byrd in Sacred Scripture, Sacred War, “The best example is a sermon whose title captured the essence of Moses’s constitutional influence: The Republic of the Israelites an Example to the American States, delivered by Samuel Langdon in New Hampshire on June 5, 1788. Langdon was a Congregationalist minister who had been president of Harvard through much of the Revolutionary War… Mere months after their adventure at the Red Sea, the people had established order, electing ‘captains and rulers’ from their tribes. Then, when Moses complained ‘that the burden of government was too heavy for him,’ God led the people in creating ‘a permanent constitution.’”[3]

This basis of the Bible as American constitutional guide reaches back to the earliest Colonial constitutions. The Massachusetts Body of Liberties of 1641 declared, according to Daniel Dreisbach, “‘The word of god’ as a standard of law. The document further stated that ‘No custome or prescription shall ever prevaile amongst us in any morall cause, our meaneing is maintaine anythinge that can be proved to bee morallie sinfull by the word of god.’”[4]

Why are Southern Baptist professors claiming that America and its founding documents are sinful?

Because man is sinful, is everything he undertakes marred by sin?

If so, then we must also state that Liederbach’s claim that the US Constitution is sinful is a statement marred by sin.

Does making such a statement help us at all?

His claim ultimately reduces to: Man is sinful, so man’s actions are sinful; therefore, so what?

Is the US Constitution itself sinful? Does it create structural sins? If so, what are they? That man has the capacity to sin does not tell us if he in fact actually sinned in this case.

If Liederbach is only claiming the US Constitution is not a perfect document—well, who said it was? Everyone would affirm that. Even the Founders understood their work might need revision and thoughtfully included a mechanism for amendment.

If Liederbach wants to assert the Constitution is sinful because it creates a system that is unjust—then provide a few specifics. Say more than your personal experience on the playground watching a bully beat up a person of color.

And while you are at it: Stop helping the Cultural Marxists, the rioters tearing down statues of George Washington and others destroying America, the Rule of Law and the Constitution. Southern Baptists aren’t paying you to destroy America by using rhetoric that helps the Cultural Revolution and attacks on our police.

[1] Daniel Driesbach, Reading the Bible with the Founding Fathers, p. 46.

[4] Driesbach, Reading the Bible with the Founding Fathers, p. 43.