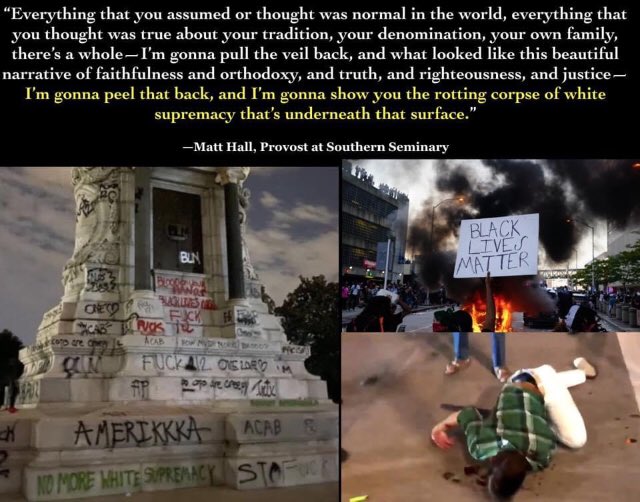 “Be of good courage, and let us play the men for our people, and for the cities of our God: and the Lord do that which seemeth him good.”[1] 2 Samuel 10:12

The videos of violent mobs burning, looting, beating and destroying life and property is dreadful. It is a sad image of 2020 America. The Shining City on A Hill is no longer a beacon to the World. It is now a reproach. A reproach as spoiled brats toss away the blessings of riches and liberty that God and our fathers bestowed on this present generation.

Dr. James White tweeted an important observation: We are in the middle of a revolution.

“Good morning! You have woken up in a revolution. No, a real one. Guns and enemy forces and the clear goal of overthrowing the Constitution of the US. Feels unreal, huh? It’s not unreal. Whether successful or not, the question for you is: how will I remain faithful now?”

How will we remain faithful?

How will we remain faithful to God and our country?

Be of Good Courage

2 Samuel 10 provides instruction for the child of God facing danger. With Israel’s army in the field and facing an enemy force both in front and behind, Joab responded with a boldness worthy of Scipio or Marlborough. He acted boldly and wisely.

As one commentary says, “He did not panic in the face of the formidable odds, but strategically deployed his forces so as to allow for flexibility as the battle progressed.”[2]

This battle is not with armies standing in battle lines. Yet, the battle lines are clear. There are those who defend Christianity and Western Civilization and Truth against the wickedness of postmodernism, racial identity politics and chaos.

Why can we be of good courage when the very foundation of law and order, safety and security are under assault? Because God is in control.

He is sovereign. We can know with certainty that the Lord will dispose of this battle—a battle He has chosen to give to our generation—in a way that seems good to Him.

While that does not promise victory, it does promise that God is in control.

How then can we not be courageous?

Let us play the men for our people

Now is the time for men (and women) to do their duty.

In 2 Samuel 10, Israel’s army faced a great crisis—surrounded in the field. On one side stood the army of the Arameans and the army of Ammonites in battle lines on the other.

Is there a more dangerous situation? To be surrounded with enemies? Yet, God’s general did not waver from his duty. He exhorted his troops.

As one commentary notes, “Joab encouraged the troops to do three things: first, to ‘be strong’ (v. 12)—that is, to utilize every personal resource at their disposal. Second, he urged them to ‘fight bravely for our people’—that is, to remember that their efforts on the battlefield would directly impact their families and the rest of Israel. Third, he encouraged them to fight bravely for ‘the cities of our God’—that is, to fight in defense of the Lord’s possessions, in this case the Promised Land and its cities.”[3]

The actions we take in the days, weeks and months ahead will directly impact our families and the rest of America. Will we be men? Or will we be weak?

Too many weak leaders fill our churches. Compromisers—people pleasers. They will affirm orthodox statements of faith and then proceed to teach the foulest doctrines of Hell: the godless ideology of postmodernism and Racial Identity Politics.

We see within Critical Race Theory the very spirit of antichrist. It divides. It lets division fester. It does not heal any wounds.

And there are wounds in America. There are people who suffer. George Floyd suffered what appears to be excessive police force. All the people cry out for justice.

There is no division here.

Everyone who watches the video thinks this act was wrong.

Yet, the preachers of this new civil religion–Critical Race Theory–claim we are divided. They seek to divide.

They say t the bad action of one police officer in Minneapolis speaks about the systemic condition of America.

However, America is working to eliminate racism. Or, at least was. With the rise of Critical Theory a new racialist system is being constructed.

This new system views every action through the lens of Identity Politics.

And Evangelicalism is susceptible to this poison. Watch as churches submit to the spirit of the mob and tell Christians to be humble.

Stephen Wolfe said that Christians are exploited by this rhetoric of Evangelical Elites. Specifically, the admonition to “listen humbly” is deceptive. He said, “Agreeing to ‘listen humbly’ is not about rational discussion but about assuming passivity, assenting to whatever narrative you’re given, and acknowledging that any slight disagreement or rational unease is due only to your willful ignorance or some malicious mental malformity.”

We cannot be passive in this hour.

Our nation is in trouble. A Pandemic, massive unemployment caused by the disease and now mob violence seeking to destroy civil society.

These are perilous times.

Yet, though we may be facing difficulty, we must be faithful to our calling—as Christians and Americans.

That means we must condemn the actions of one bad police officer without encouraging mob violence.

That means we must defend truth against the acid criticism of Critical Race Theory.

That means we must never waver. Why? Because the battle is the Lord’s. He will do what seems good to Him.

2 thoughts on “How Christians should respond to the riots”