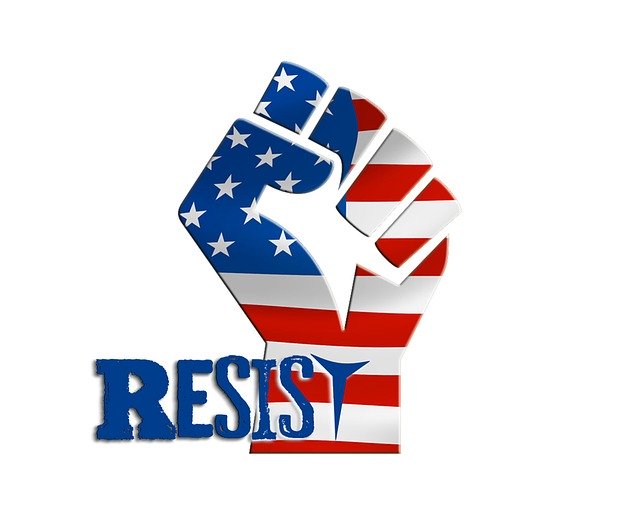 An unjust police action claimed the life of George Floyd. The response across America was sadness and to call for justice. Then the Left exploded in mob violence. Violence with a political aim—so, that makes it terrorism. We are watching a civil insurrection unfold. The very rule of law is under assault. People are not safe in their property or person—the key functions of government as affirmed by the Bible and the system created by the Founders is the preservation of life and property.

As shown in the video, a Dallas storeowner defending his property was beaten seriously (perhaps mortally) by a mob.

Violence is in the air.

A Tale of Two Statements

On Saturday, the Woke Southern Baptist Convention released a statement against racial injustice. Also on Saturday, the Conservative Baptist Network—a group of conservative Southern Baptists—released a statement against racial injustice and rioting. The condemnation of rioting was well timed as violence escalated Saturday evening.

The SBC Elite statement’s lack of dealing with the violent riots was noticed by Southern Baptist pastors.

“Therefore, we pray for our local, state, and national leaders as they seek justice, and call on them to act quickly and diligently to ensure that these situations are brought to an end.”

“We understand that in the hearts of our fellow citizens of color, incidents like these connect to a long history of unequal justice in our country, going back to the grievous Jim Crow and slavery eras. The images and information we have available to us in this case are horrific and remind us that there is much more work to be done to ensure that there is not even a hint of racial inequity in the distribution of justice in our country. We grieve to see examples of the misuse of force, and call for these issues to be addressed with speed and justice.”

The entire statement signed by a Who’s Who of Southern Baptists is a joke. It puts these SBC leaders on record as saying that the killing of George Floyd is part of the systematic oppression dating back to Jim Crow and slavery.

And the statement even sneaks in a plea for some sort of equity. It talks about “inequitable distributions of justice” and working to eradicate “racial inequity in the distribution of justice in our country.” For those who do not know, equity is buzzword in the diversity community.

“We further grieve with our minority brothers and sisters in the wake of George Floyd’s death, pray for his family and friends and greatly desire to see the misuse of force and any inequitable distributions of justice come to an end.”

As James Lindsay noted in his Translations from the Wokish, “Notice that, in Social Justice, the meaning of ‘equity’ takes pains to distinguish itself from that of ‘equality.’ Where equality means that citizen A and citizen B are treated equally, equity means ‘adjusting shares in order to make citizens A and B equal.’”

So, inequitable is not the same as unequal in the modern world. You’d think Southern Baptist theologians would know this and choose their words carefully.

Or, perhaps, they do know and chose precisely the word they intended.

To take the sad situation of George Floyd and release this type of statement legitimizes the violence happening in America today. Much better was the statement of the Conservative Baptist Network.

Here is the stamen in full. Notice how it links the horrific killing of George Floyd with the issue of the rule of law. We need more of this kind of talk from Southern Baptists:

Statement Regarding George Floyd And The Ensuing Riots

In the words of Martin Luther King, Jr., injustice anywhere is a threat to justice everywhere. For this reason, while strongly affirming due process for all involved, we equally strongly condemn the death of George Floyd and also the rioting in Minneapolis and elsewhere.

Every human being is made in the image of God (Gen. 1:27). An attack on any person, whether intentional or merely reckless, is an affront to a holy God. The people of God must stand for innocent life at all times and in all situations.

Police brutality is always wrong. It assaults the innocent, and it also endangers the countless good and heroic police officers upon whom we all depend.

But likewise, rioting is not protest. Rioting is not protected by the First Amendment. Rioters are not sympathetic figures. Rioters are engaging in a form of domestic terrorism and should be dealt with accordingly.  These are not normal criminals — they are rioting to advance a political point, which is not just a crime but an act of terrorism.  And their message is simple: give us what we want or die.

Civil society cannot long endure such acts — not of police brutality and not of mass violence — both of which are directed at innocents, and both of which should be deplored by all people of good will.

We call upon the civil authorities to act swiftly to restore order and justice in their own actions and in America’s cities. American workers, husbands, wives and schoolchildren should never have to fear for their lives or that their neighborhoods might randomly descend into the chaos of Beirut, Sarajevo, or Mogadishu.

And likewise, we call on every Christian believer and every church to pray for the peace and justice we seek for Americans of all colors, and to demand better of their civil authorities to that end.

That’s a statement that inspires confidence. It calls out evil in all its forms and from all sides.