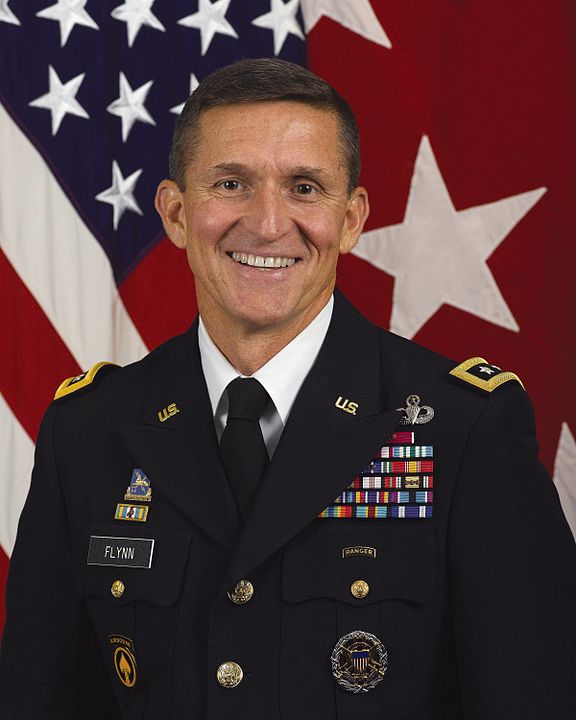 Elites hate Donald Trump. One of TGC’s and the ERLC’s leading writers slandered Gen. Michael Flynn. Evangelical Elite Joe Carter called Flynn a “foreign agent.” It would’ve been funny were it not an outright falsehood. Now, thanks to the Director of National Intelligence (DNI), we can read the transcript of the phone call between Flynn and Russian Ambassador Sergey Kislyak.

Gen. Michael Flynn did nothing wrong. The transcripts released today prove it. Flynn simply asked Russia not to escalate the situation.

This is standard Cold War thinking. K.T. McFarland in her excellent book Revolution explains this.

McFarland writes, “I used hand motions to demonstrate how, in past decades, the Russians had almost always responded in one of three ways—usually with an equivalent tit-for-tat (flat hand), occasionally with a de-escalation (fingers pointing downward), and very occasionally with an escalation (fingers point up). Their reaction to the Obama sanctions might give us a sense of how Putin wanted the United States relationship to proceed under President Trump.”

So, Flynn hoped Russia would keep the crisis from escalation. That’s hardly abnormal—well, unless one wants to turn Russia and Putin into inveterate foes and drive them closer to the real Great Power rival—China.

Flynn’s actions revealed in the transcript fit in a long tradition, perhaps best seen in the work of Henry Kissinger, to create good relations between the incoming administration and foreign governments.

Here are a few examples of Kissinger and Nixon Administration contacts with the Soviets.

From Kissiner’s White House Years: “On December 8, Nixon’s adviser Robert Ellsworth, with whom the Soviet Embassy had maintained contact during the campaign, was instructed to explain to Soviet chargé d’affaires Yuri N. Chernyakov that the President-elect would not look with favor on a summit meeting before January 20. I made the same point to Boris Sedov, a KGB operative who seemed to have had the Rockefeller assignment during the campaign and who had tagged along with me ever since.”

Also, “Sporadic contact continued with Sedov. His major preoccupation was that Nixon include something in his Inaugural address to the effect that he was keeping open the lines of communication to Moscow. This he said would be well received in the Kremlin.”

And, “In the transition period a new Administration must be careful not to intervene in the day-to-day operations of foreign policy. But it can make gestures to establish a positive atmosphere.”

Worst of all! “The most important diplomatic initiative of the transition period was toward Hanoi. At my suggestion, the President-elect initiated two exchanges with the North Vietnamese in late December and early January, which stressed our readiness for serious negotiations.”

During the 1968 Presidential Campaign, President Lyndon Johnson (LBJ) listened in on calls of the Nixon campaign. President Nixon complained LBJ’s White House had “bugged’ his campaign. And the evidence suggests this is true.

President Johnson was angered at what he thought was Nixon campaign tampering with his peace negotiations to end the Vietnam War. Apparently, Johnson felt there was good evidence to complain that Nixon had discouraged the South Vietnamese from making progress in the peace talks.

The difference between LBJ (who bugged the Nixon campaign) and Obama (whose administration was unmasking and who knows what else to Trump team member Gen. Flynn)–LBJ knew he did wrong and refused to undermine the new administration. He knew the consequences of bringing this to the public would harm his reputation, Nixon’s reputation and make the country ungovernable.

LBJ was known for his pettiness. LBJ was worried about his legacy.

Yet, he still thought of his country more than harming Nixon.

Obama and his people put Party over Country.

This is a new and dangerous low for Democrats.

Partisanship in Britain & the Road to World War I

Speaking of partisanship, as our country suffers from Democrats’ Russia Hoax and racial division caused by the rise of Critical Race Theory, this brings to mind a similar crisis point in the history of the UK. Just prior to World War I, partisanship was at dangerous levels in Britain. I was struck by this when reading Winston Churchill’s history of World War 1.

Churchill said, “Thus we see a succession of partisan actions continuing without intermission for nearly twenty years, each injury repeated with interest, each oscillation more violent, each risk more grave, until at last it seemed that the sabre itself must be invoked to cool the blood and the passions that were rife.”

Just as Germany was rising and war loomed in Europe between the Great Power of the UK and new aspirant to Great Power status Germany, the UK was suffering intense partisan and ethnic tension.

The UK was struggling with the Irish question and bitter partisanship that threatened national cohesion.

Things are worse in the US today with divisions as we face China.

The Thucydides Trap is hard enough to avoid without these destabilizing internal divisions.

And are we naïve enough to think these internal divisions are only flamed by domestic rivalries? The Irish problem for the UK was a regular source of outside agitation. The flames of civil discontent were fanned by Louis XIV and Napoleon.

How much more does social media empower Moscow or Beijing to fan racial strife?

Disinformation is a critical threat. However, the technocratic responses to it such as Twitter’s war on President Trump won’t address the problem.

The only way to combat disinformation is for a rebirth of patriotism. To combat fake news, all of us must rediscover that America is a special place and a special people. That American is marked out by God, as Reagan said, to be A Shining City on the Hill. It is something to cherish. It is a beacon of liberty.

We must toss aside historical nonsense from the bitter pen of Howard Zinn and reject godless sources of racial division like Critical Race Theory. These acid attacks eat away the foundation that holds all of civil society erect. If we want to abolish fake news and Chinese or Russian influence, we must first defeat these evil philosophies.

Then, and only then, will we be immune to those who would exploit racial division for geopolitical gain.