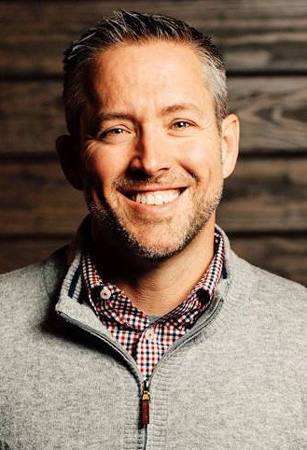 Small Group Leader at church of SBC President says ‘Abortion shouldn’t be viewed in absolutes;’ and Christian views shouldn’t prevail in abortion debate because ‘We are not a Christian nation.’

Hey, remember that Leftward Drift of the Southern Baptist Convention we’ve been warning about for the last few years? Well, today we found out that a small group leader at J.D. Greear’s Summit Church is pro-choice and published support for Planned Parenthood and voting Democrat to remove Trump from office.

A small group leader at Greear’s Summit Church detailed her shifting views on abortion. She wrote, “I chose life for two babies, knowing they would die. I do not believe that should be a choice women are forced into making.”

She even said she would serve as an escort at Planned Parenthood.

Also, “Choosing life isn’t easy when there is so much at stake. I am able to celebrate the dignity and worth of my two girls and empathize with and support women choosing abortion.“

She goes on detailing her journey from orthodox Christian view of abortion (it is wrong) to accepting a friend’s decision to “terminate.”  “Days later, she walked through a gauntlet of ‘pro-life’ protesters at the abortion clinic. The graphic posters, the inhumane shouting and the horrific judgments only amplified her fear and shame and solidified her decision.”

The personal crisis led to assertions that abortion is not an absolute and that Christian views of abortion should not influence American policy.

“Abortion shouldn’t be viewed in absolutes, regardless of what the church or politics tell you,” the Summit Church small group leader claimed.

She goes on to say, “My personal religious beliefs that life begins at conception shouldn’t impact your beliefs or ability to make your own decisions. We are not a Christian nation, and many people do not believe like me when they make the decision to end a pregnancy.”

Reformation Charlotte was the first to report the link between this Summit Church Small Group Leader and abortion. This is a huge story.

Shrader is a self-described member of Summit for nine years.

That is a long time to be sitting under so-called conservative SBC leadership and hold a view contrary to the Bible.

Shrader is also a self-described “Leader of a small group.”

Small Groups are today’s “Sunday School” classes and serve as a church within a church. It allows people in megachurch to get a sense of belonging and friendships in a smaller setting. This is the foundation for what passes as community in larger evangelical churches.

Leading a Small Group is a big deal. It is one of the key ways a church makes disciples. In fact, Lifeway said as much on one of its posts back in 2015: “A small group leader has taken on a vital Kingdom role, making disciples that make disciples.”

Of course, there is one other principle that Lifeway pointed out in that same blog post: “A small group leader reflects the pastor that enlisted them for leadership.”

And having a pro-choice small group leader certainly reflects poorly on Summit pastor J.D. Greear. Greear who is also president of the Southern Baptist Convention has routinely justified Christians voting for Democrats.

Greear even said it is “Great” if a Christian decides to vote for a Democrat.

That Leftward Drift seems to be picking up speed in the SBC. And with leaders like J.D. Greear, are you shocked?