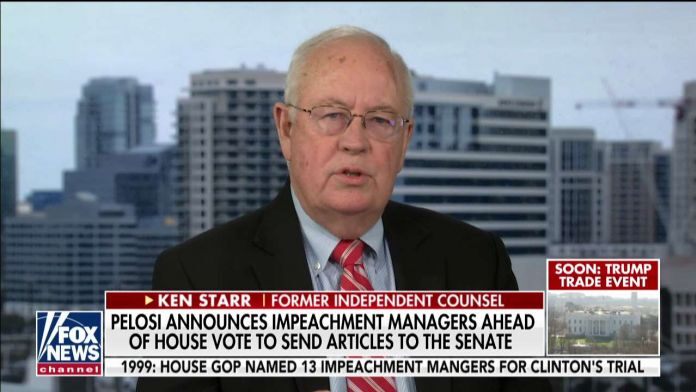 How rabid are Never Trump Evangelical Elites? So rabid that they attack President Donald Trump’s impeachment attorney Ken Starr. Starr is one of the most respected legal minds in America—and someone who spent most of his adult life attending conservative Evangelical churches like Southern Baptist affiliated Columbus Avenue Baptist Church in Waco, Texas and while not SBC at the time, the now Southern Baptist associated McLean Bible Church outside Washington, D.C.

I guess that SBC 11th Commandment doesn’t apply to conservative Republicans who happened to run Baptist affiliated universities and also happen to represent the President of the United States.

2. Cover up the abuser

And just so you know, Karen Swallow Prior was recently hired to teach at Southeastern Baptist Theological Seminary. Yes, that’s ground zero for the Woke infiltration of the Southern Baptist Convention.

And Southern Baptist tithes and offerings pay the salaries of these Never Trump radicals.

One wonders if these Evangelical Elites bothered to send Ken Starr a letter before smearing him on Twitter?

Oh well, I guess there is one set of rules for the Evangelical Elite and one for the serfs, err, I mean folks sitting in the pews.

Starr is a committed Christian with a long history attending conservative churches like McLean Bible Church.

Starr talked a little about his faith when he became a member of a Baptist church in Waco, Texas after being named president of Baylor University:

“As the years went on, I moved into evangelical Christianity,” Starr told the Chronicle. “I worshiped for many years at the McLean, Va., Bible church. Now, we are worshiping at the University church on Pepperdine’s campus, which we love. I am thankful to be worshiping again in the Churches of Christ.”

But in an interview with The Baptist Standard after accepting the Baylor job, Starr said he began having questions about age 18 about certain Church of Christ practices, including the lack of instrumental music. He said the McLean Bible Church, where he was active from 1978 to 2004, continued to capture his attention and remained his “home congregation” after he left Washington.

“I’m comfortable with the articulation of Baptist distinctives — including the role of baptism,” Starr told the Standard, which noted that Churches of Christ, unlike Baptists, teach that baptism is essential for salvation. Starr also told the Baptist paper, “I feel a great sense of kinship and fellowship with the Baptist community.”

Apparently, the Evangelical Elites in the Southern Baptist Convention don’t share that sense of kingship and fellowship with Starr.

Well, not since he has joined President Trump’s defense team.