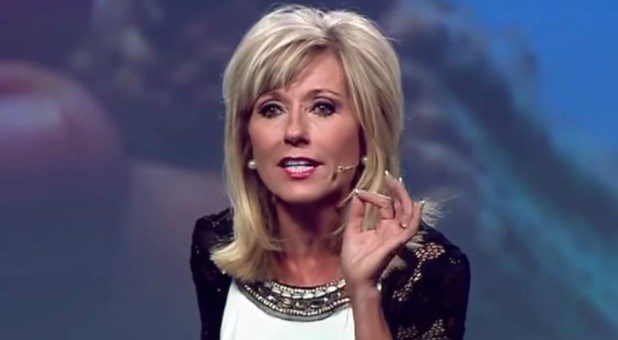 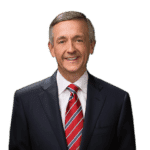 Starnes asked Jeffress about Never Trumpers like “a couple of professors at Oklahoma Baptist University” who have been bashing President Trump and Trump supporters and Beth Moore.

“These people are losing credibility,” Jeffress said. “A very obvious reason they are against Trump is that they were wrong about Trump and their pride won’t let them admit that. We all knew we weren’t voting for a saint when we voted for President Trump. We were voting for a strong leader. That is what our country needed. That is what our country continues to need.”

The Evangelical event is the first campaign rally of 2020 for the Donald Trump re-election campaign. “Some of this is a response to the dustup a couple of weeks ago when Christianity Today came out and called for the removal of President Trump from office. The fact is the liberals were just salivating over that Op-Ed hoping that it signaled some kind of distancing and division among Evangelicals over Trump. Well, I think this rally is to say that is not the case.”

“There has always been a small but noisy group of Never Trumpers among Evangelicals, but President Trump’s support among Evangelicals is strong and I’d argue stronger than it has ever been. That’s what this rally is going to demonstrate.”

Jeffress said about 19% of Evangelicals were Never Trumpers at the last election, but “that number is smaller today” after the good things President Trump has done for Evangelical voters.

“Three years later, four years later they are saying not only did he meet, but he exceeded every promise he made,” Jeffress said. He cited the gains of the Pro-Life Movement and respect for Israel as examples of these wins for Evangelicals. “I think the number of Never Trumpers is shrinking day by day.”

Starnes asked Jeffress, who is pastor of First Baptist Church of Dallas Texas, about the Southern Baptist support of President Trump. Jeffress said it is strong and growing.

“That number has even increased exponentially since 2016.” Jeffress said.

Jeffress said now is an important time for Christians to be involved in politics—a time when the Democratic Party has embraced true evil.

“How can you justify sit on the sidelines right now when you have every single Democratic candidate supporting unrestricted abortion—abortion for any reason at any time including and up to the time the child leaves the birth canal of the mother,” Jeffress said. “That is not only wrong. It is barbaric and evil.”