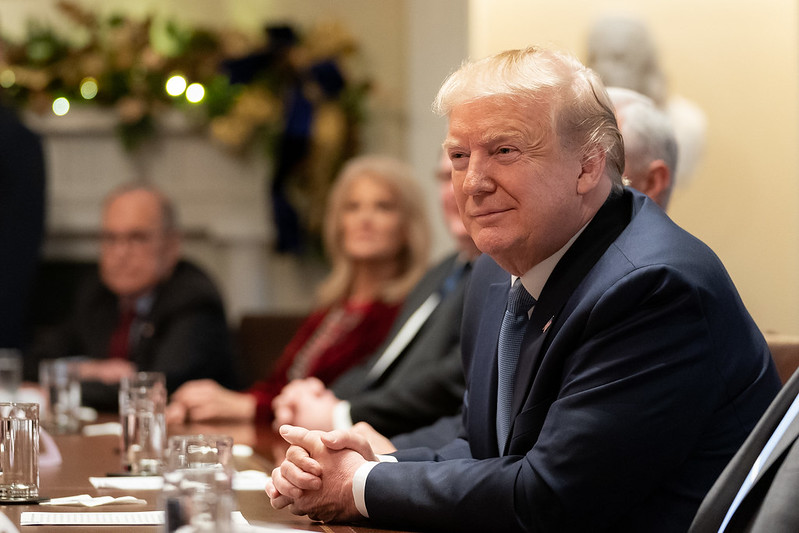 Christianity Today reveals who and what they are—partisan hacks.

Christianity Today is Woke. It has embraced Identity Politics. Now it wants to let you know that it is apostate.

Doubt it? For example from their newest offering Trump Should Be Removed From Office: “We want CT to be a place that welcomes Christians from across the political spectrum, and reminds everyone that politics is not the end and purpose of our being.”

Well, Christians can’t be biblically faithful and Democrat. See, abortion is murder and you can’t have a biblical worldview and support the Party of Infanticide.

Well, other than being politically incompetent, what else do the Christianity Today team want us to know?

CT writes, “But the facts in this instance are unambiguous: The president of the United States attempted to use his political power to coerce a foreign leader to harass and discredit one of the president’s political opponents. That is not only a violation of the Constitution; more importantly, it is profoundly immoral.”

Really? You are not only incompetent, but you are a liar. The government of Ukraine repeatedly said that they never felt pressured. What you penned is false.

From that great “conservative” mainstream press outlet Time Magazine: “In an interview with TIME and three European publications on Nov. 30, President Zelensky denied ever talking to Trump “from the position of a quid pro quo.” “That’s not my thing,” he said during that interview.”

“The President’s failure to tell the truth—even when cornered—rips at the fabric of the nation. This is not a private affair. For above all, social intercourse is built on a presumption of trust: trust that the milk your grocer sells you is wholesome and pure; trust that the money you put in your bank can be taken out of the bank; trust that your babysitter, firefighters, clergy, and ambulance drivers will all do their best. And while politicians are notorious for breaking campaign promises, while in office they have a fundamental obligation to uphold our trust in them and to live by the law.”

Notice the law part of the long quote?

Apparently, Christianity Today forgot that Bill Clinton was impeached over perjury—a legal issue—and not a simple falsehood. See, they are right that Clinton ripped at the fabric of the nation by undermining the very rule of law and the sanctity of our oaths.

The impeachment of Trump isn’t about any of that.

They know this, or at least they should know this.

Christianity Today has joined the ERLC and a host of other infiltrated evangelical organizations spreading the Woke Social Justice agenda.

Christianity Today isn’t what it was yesterday. You shouldn’t read it. They are incompetent at best and partisan liars at worst. Neither case makes them useful to the conservative Christian.

They are partisan hacks.

Everyone knows that now.