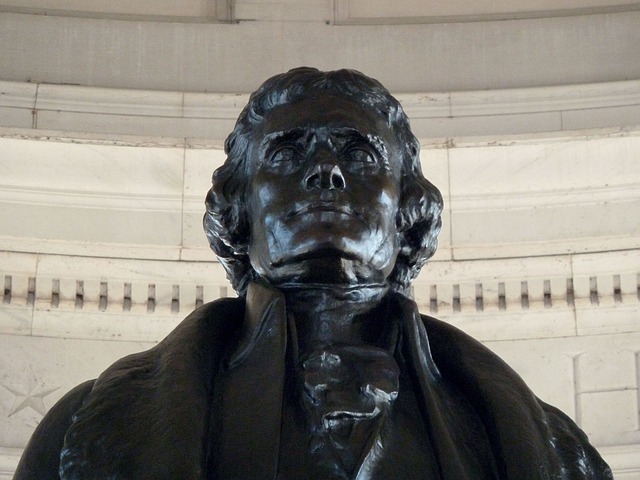 A Southern Baptist Theological Seminary professor called Thomas Jefferson a rapist. Thomas Jefferson was the third president of the United States and key writer of the Declaration of Independence. However, Jefferson was a slave owner and began a relationship with a slave following the death of Jefferson’s wife. It was this relationship that the Southern Baptist Theological Seminary professor and Kentucky Baptist Convention employee attacked.

Dr. Curtis Woods said Jefferson was a rapist because of Jefferson’s affair with Sally Hemings. Hemings was a slave and according to DNA evidence had several children with Jefferson.

In a video published to YouTube titled the “Eliza Tevis Panel Discussion: Gospel + Race” at about the one hour mark, Dr. Woods asserted the Founding Father’s relationship with Hemings was rape. (The video was first reported by Enemies Within the Church.)

“You can have a president by the name of Thomas Jefferson who rapes a sixteen-year-old child in France by the name of Sally Hemings who was the half-sister of his wife. This is history you all. And have ten children with her and then historians call her his concubine. I’m trying not to preach. You can’t be a concubine if she was an enslaved African woman. If you are a concubine that denotes an idea of consent. Right? No. She was raped by a sitting president of the United States of America.”

Woods went on to attack the idea of Making America Great Again.

Woods desire to smear Jefferson as a rapist gets some facts right and some wrong. Hemings was a slave. However, unlike many slaves, Hemings time in Paris allowed her freedom. Her son, Madison Hemings said, “She was just beginning to understand the French language well, and in France she was free.” This freedom in Paris allowed Hemings to negotiate with Jefferson about the return to Virginia.

As Monticello.org explains, “Unlike countless enslaved women, Sally Hemings was able to negotiate with her owner. In Paris, where she was free, the 16-year-old agreed to return to enslavement at Monticello in exchange for ‘extraordinary privileges’ for herself and freedom for her unborn children. Over the next 32 years Hemings raised four children—Beverly, Harriet, Madison, and Eston—and prepared them for their eventual emancipation. She did not negotiate for, or ever receive, legal freedom in Virginia.”

For all the evils of slavery, and the contradictions within the man who kept slaves while writing “All men are created equal,” does this make the Founding Father also a rapist? Or, was Dr. Woods wrong? What do the facts say? What does Hemings freedom in Paris mean about the feelings between Jefferson and Hemings?

In times as unenlightened as ours, without the help of Critical Race Theory and Intersectionality, perhaps there was love between the two? Or, perhaps that is only a romantic notion. Whatever the case, Dr. Woods said Hemings had no consent. However, Hemings freedom in Paris and her decision to return with Jefferson shows Woods assertion against President Jefferson is wrong.

Claims that smear Jefferson and tarnish the Founding Fathers are how Progressives undermine our nation. They hate the United States and attack the nation as founded on White Supremacy. As Todd Starnes pointed out progressives use the rhetoric of white supremacy. He wrote, “That’s why they are banning paintings of George Washington and celebrations of Thomas Jefferson. That’s why they are banning musical artists like Kate Smith and books like ‘Little House on the Prairie.’” (You should do yourself a favor and pre-order Starnes’ new book Culture Jihad that details how Leftists are attacking the Founding Fathers and our nation.)

Woods also was the architect of the infamous Southern Baptist Convention Resolution 9, which praised Critical Race Theory and Intersectionality as “analytical tools.” These “analytical tools” were condemned by Dr. Albert Mohler. Mohler is president of the Southern Baptist Theological Seminary—the place where Dr. Woods holds the title of Assistant Professor of Applied Theology and Biblical Spirituality.

So, Dr. Mohler, why do you employ men who promote Critical Race Theory and Intersectionality? Why do you platform those who smear Founding Fathers?

You are right Dr. Mohler, this is disastrous for the culture and the church. Will you do something about it? Or, will you continue in silence—which as we all know the maxim of the law is Qui tacet consentire videtur—implies consent.

2 thoughts on “Southern Baptist Professor: Thomas Jefferson was a rapist”