Taxes are too high. Everyone knows it. You know it when you buy groceries or the kid’s clothes. Government knows it too. That’s why they have annual sales tax holidays.

As pointed out by the Tax Foundation, “If a state must offer a ‘holiday’ from its tax system, it is an implicit recognition that the state’s tax system is uncompetitive. If policymakers want to save money for consumers, then they should cut the sales tax rate year-round.”

Oh well. Instead of following that good advice, politicians decide to pile more taxes on the backs of the people.

The state legislature enacted a sneaky gas tax increase—making it so that the tax creeps up over time. These “conservative” legislators think they are unaccountable because they believe the people will forget. Well, don’t forget. Remember the names of these so-called Republicans and punish them in primaries and refrain from voting for them in the general election. Teach them a lesson. Remember.

But Tax Happy Alabama is only one part of the problem. Now cities are getting into the tax hike madness. For example, Chelsea wants to hike the sales tax from 9% to 10%. According to city leaders, such a tax increase would raise about $1.5 million. The money would be used for schools. You can read more about it here.

It is a horrible idea. Sales taxes are regressive. 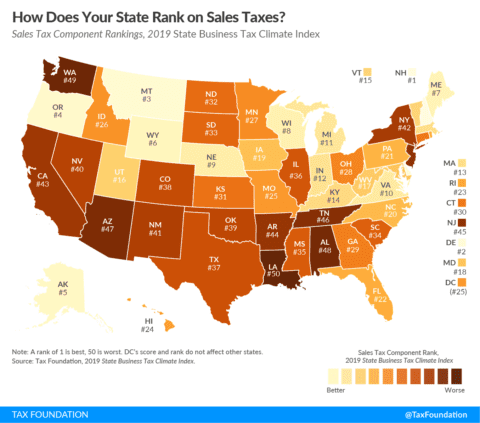 Sales taxes punish the poor, the elderly and anyone on a fixed income. Alabama already ranks 48th for its business sales tax climate, according to the Tax Foundation. The reality is that The People’s Republic of California and New York are more sales tax friendly than Alabama.

But, hey, let’s just raise that rate up higher than the already high rate.

According to 280 Living, “Most of the surrounding cities already have a 10% sales tax, so this would bring Chelsea up to par with them.”

Most nearby cities and towns aren’t 10%. There are a few including Birmingham and Montevallo at 10%, but that looks to be the exception today. Check out this list.

The arguments for a tax increase are bad. Chelsea should be a pro-family, pro-business community. Higher sales tax is bad for families and bad for business.

Chelsea can do better.

The council will listen to public input at a public hearing July 16, and could consider the tax increase as early as August 6. There isn’t much time. Let city officials know, and if there is interest, we should organize to stop this anti-business, anti-family tax increase.