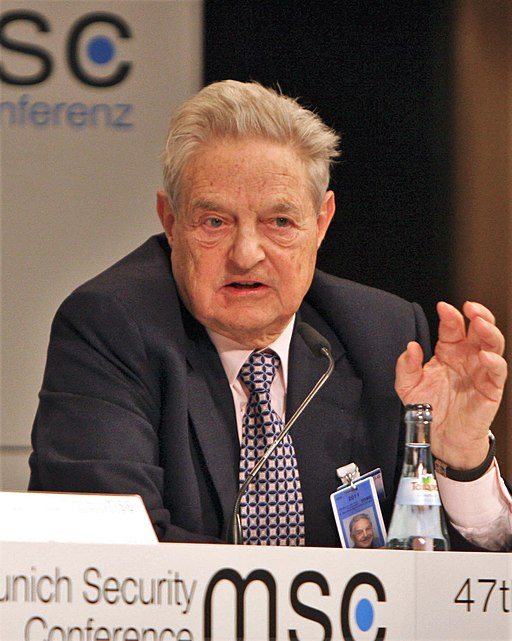 Implies Trump Administration and Border Patrol not treating illegals with dignity and respect.

The George Soros funded Evangelical Immigration Table released an open letter Thursday attacking U.S. border policy and detentions of illegal aliens. (For those who don’t know, Soros funded immigration reform groups and you can read more about his sponsorship of the Evangelical Immigration Table in National Review and via the IRD.) And Southern Baptist policy leader Russell Moore signed the open letter attacking how the Trump Administration and Border Agents were handling the crisis.

The Soros-funded Evangelical group insinuated U.S. border agents and the Trump administration were not treating illegal immigrants in a humane fashion.

“As evangelical Christians, we believe that all people – regardless of their country of origin or legal status – are made in the image of God and should be treated with dignity and respect,” the group declared in an open letter.

Why say that unless you are convinced the good Americans defending the border and protecting America are doing something wrong. Certainly, the impression from the secular press over the last week is one of intentional mistreatment of illegal aliens because of President Donald Trump’s policies.

The evangelical leaders declared, “Jesus reserves some of his strongest words of judgment for those who subject children to harm.”

Other Evangelical leaders like Pastor Jack Graham contradicted the assertions put out earlier this week by the secular press that the Trump administration and Border Patrol agents were mistreating illegal immigrants. While not responding to this letter, the former president of the Southern Baptist Convention tweeted, “Reasonable people know we have a humanitarian crisis at border but to suggest that immigrants are not treated with dignity &respect is wrong & plays to secular press who blame America for the problem. We r all very concerned and many of us are trying to help.”

Graham also tweeted out a rebuke for fellow Southern Baptist Russell Moore. Moore is notorious for promoting falsehoods about immigration including the falsehood that Jesus was a “so-called illegal immigrant.”
In another tweet, the former SBC president Jack Graham praised Border Patrol workers. He wrote, “And… our great Border patrol agents and law enforcement are working day and night to protect our country and alleviate suffering. No one should question that.”

“We are also concerned by recent policy shifts that have led many asylum-seeking families to be required to wait in the border regions of Mexico for weeks or months for their first asylum hearing. Children and families in these parts of Mexico are often vulnerable to violence and trafficking, and they are also far less likely to be able to access authorized U.S. legal counsel. These factors greatly reduce the possibility that these families will be able to receive a truly just and fair chance at receiving asylum.”

However, as Ben Shapiro noted on his podcast, that this is almost exclusively the result of Democrats. The Democrats prevented increased resources that would allow processing of these asylum seekers. The current crisis at the border is almost entirely a product of the Democrats desire for more illegals.