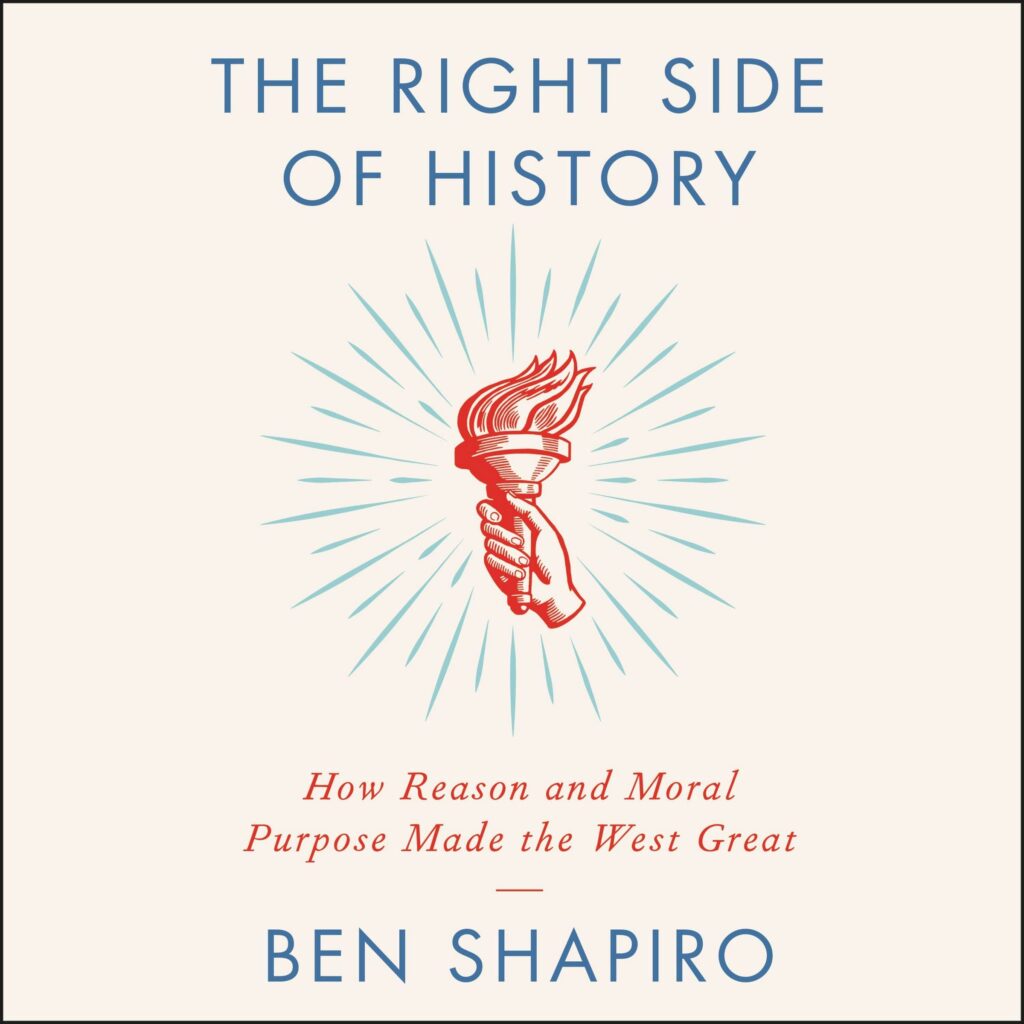 That might puzzle some of you. Why would a Southern Baptist tell you to read a book by a devout, orthodox Jew to understand what is happening in today’s Southern Baptist Convention? It is all about worldview. The worldview of secularists has infiltrated the church.

What worldview you might ask? Critical Theory, Intersectionality and the entirety of the Neo-Marxist philosophy of social change.

However, these tools are elements of a worldview that desires to tear down the present hierarchy and rebuild it.

According to Shapiro, The Frankfurt School and “Their leader, Max Horkheimer (1895–1973), preached the gospel of social change—and suggested that systems had to be deconstructed in order to make way for that social change. He explained that what he termed critical theory was ‘suspicious of the very categories of better, useful, appropriate, productive, and valuable, as those are understood in the present order.’ The present order had to change, Horkheimer said, because ‘the wretchedness of our own time is connected with the structure of society.’” (p. 189).

The point is that Critical Theory seeks to destroy.

Ben Shapiro is a Nazi, James White is a hate monger & other attacks on conservatives

Critical Theory will destroy systems and its adherents seek to destroy their opponents. Did you see a Google internal document labeled Ben Shapiro, Jordan Peterson and PragerU as “Nazis using the dog whistles?”

Shapiro was a loud and unflinching critic of the Alt-Right. He’s against identity politics.

But, well, you know, he doesn’t support Leftists so that makes him a Nazi. He must be silenced.

That’s the Leftist and Woke way—silence your enemies. Shapiro experienced that during his campus speaking tour (detailed in his book) and others have experienced it as well.

Shapiro writes, “This desire to silence—or subdue—those who disagree with us has been reaching new, terrifying heights,” (p. 3).

But it is not only the secularists who do it.

Christian Apologist, theologian, podcast host and signer of the Dallas Statement on Social Justice and the Gospel has his own scars. Dr. James White ran afoul of the Social Justice crowd on Twitter, and it resulted in a Southern Baptist Ethics and Religious Liberty Commission Research Fellow and college professor at Cedarville removing Dr. White’s theological works from his class syllabus.

The students must be protected from Dr. White, the virtue signaling ERLC fellow declared.

This de-platforming of conservative Christians is a new trend.

Earlier this year, we reported on two pastors who had their works removed from a Southern Baptist seminary’s website. Why? These pastors were too critical of the new Woke leaders.

This is a new tribalism within evangelicalism. It takes orthodox Christians and changes how they interact. The unity of the body is shattered. Take for example how a Twitter spat between Jerry Falwell, Jr. and Russell Moore erupted.

Erick Erickson is a conservative writer and talk show host. He’s studying theology and supportive to Southern Baptist leadership. So, how does he respond when Jerry Falwell, Jr. tweaks Russell Moore? Oh, in the most Christian way possible by repeating lewd sexual innuendo published by non-Christians.

Erickson tweeted, “Hey @JerryFalwellJr, you are in charge of something your father built and use his name for your credibility.  Perhaps you should just get back on your knees and wait for more scraps to be thrown your way by the President.  Or go see the pool boy.”

Erickson’s tweet was a combination reasonable and inappropriate. It was a reasonable response in the first part, since Falwell pointed out Dr. Moore is a bureaucrat and not a problem solver. It was fair game for Erickson to point out Falwell’s path to power at Liberty.

What on earth makes a Christian feel entitled to engage in lewd and disgusting sexual innuendo like this? However, Erickson’s tribalism (loyalty to Dr. Moore and others in the SBC) provoked a vitriolic response. He’s better than this.

Yet, it shows how far Christian discourse has fallen. One can respond to Falwell and do so forcefully and even snarky, but insinuating sexual immorality is beyond the pale.

This is what the acid of critique has wrought. Tribalism is decried by many conservatives, but we are quickly willing to act tribal when it suits us.

That’s what is wrong with the church. It acts like the world. We are infected with the world’s ways.

The Remedy for the Church and America

The remedy is for the church to stop acting like the secular, post-modern world. The church should rediscover its roots. We must repudiate the identity politics of the Frankfurt School brought to us in the guise of Critical Theory and Intersectionality. Instead we must embrace the unity we have in Christ.

Shapiro argues for something similar in saving America. He urges a return to a shared vision and morality. He writes, “We can regain that. We must regain that. Our individual and communal happiness depends on us regaining the values we’re losing all too quickly,” (p. 211).

If America hopes to get better, then its churches must get better. As goes the Southern Baptist Convention, so goes the nation.

And right now, the SBC is acting too much like the violent, chaotic world.

So, want to know what is happening in the SBC? Read Shapiro’s book.

3 thoughts on “Want to know what is happening in the Southern Baptist Convention? Read Ben Shapiro’s The Right Side of History”