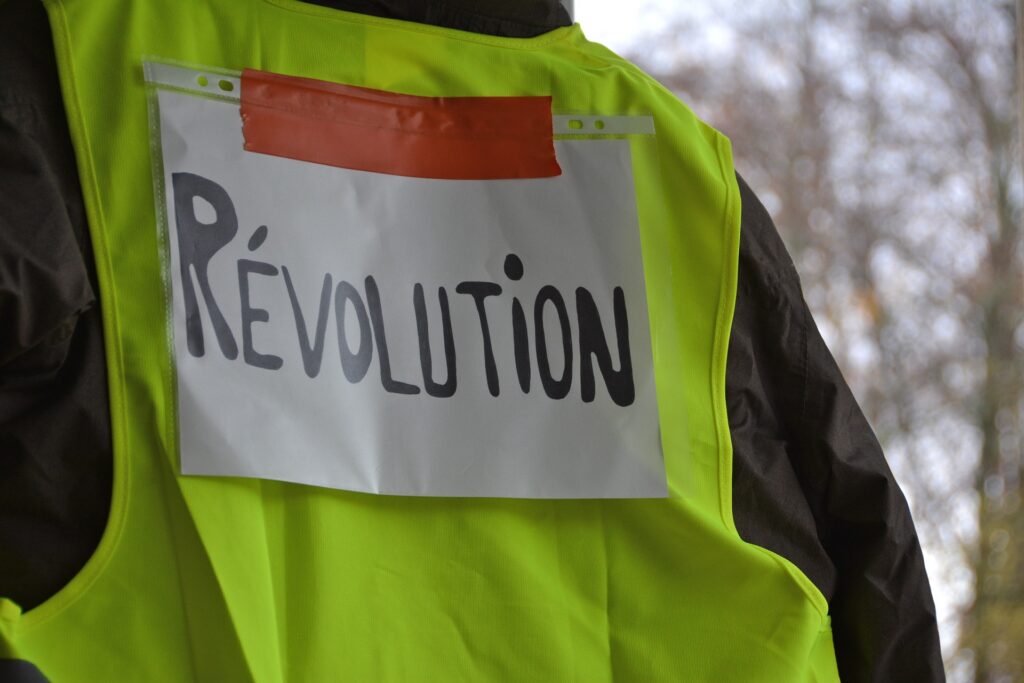 You can’t have a populist uprising without an engaged populace.

How to handle what Dr. Robert Jeffress describes as post-denominational America.

Last week, Dr. Robert Jeffress, pastor of First Baptist Church Dallas, Texas told Todd Starnes that few people in his church care about what is going on in the Southern Baptist Convention. He said that we’ve entered a period of post-denominational evangelicalism. This is a challenge for conservatives hoping to stop the Leftward, progressive drift of the Southern Baptist Convention into Woke Social Justice activism and Identity Politics.

The threat of such a drift is real. Dr. Albert Mohler feverishly worked behind the scenes with Dr. Tom Ascol to amend the disastrous Resolution 9—the resolution that encouraged the use of Intersectionality and Critical Race Theory as analytical tools for Christian use. Mohler later said Intersectionality and Critical Race Theory result in identity politics. Identity politics is dangerous for the church.

Over the last week, we talked with many pastors of small and moderate size churches. These conversations provided a few keys for how to overcome the challenges Dr. Jeffress identified. First, conservatives better find an attractive candidate to run in Orlando. Second, conservatives must educate pastors about the Social Justice threat. Many pastors concerned about the issue told stories of other pastors who were oblivious to what is happening in the SBC.

To summarize, conservatives need a dynamic candidate and a campaign to educate pastors and the laity about the threat.

On the conservative pastor’s wishlist are a range of names. These are only a sampling of the names mentioned, but they were mentioned most often and without anyone knowing if these men would consider a nomination for SBC president.

Regarding what type of candidate or who would be preferred, many names were mentioned. Preferences ranged from Stephen Rummage (his powerful sermon impressed people, but nobody who mentioned him knows his views on the progressive issues of Social Justice. They found him inspiring and charismatic), to Tom Ascol and Tom Buck (their work holding the line against Social Justice threats and Resolution 9 earned them admirers across the soteriological aisle), and those were just a few of the many names mentioned. We’ve already heard sources speaking of an insider candidate emerging to continue the status quo in the SBC.

The reality is that lacking a unifying figure, conservatives are likely to run three or four candidates in Orlando. If that happens, the challenge will then to be finding a way to unify around a candidate who makes the runoff.

“I’ve pastored the same church for 22 years. I am 48 years old. I can tell you that Jeffress in 100% correct as far as my congregation is concerned,” Young said. “The SBC has projected a mentality that says, “We know what’s best for the churches so just send us your money and we will make the decisions”. People today would rather see their money and ministry have a local impact. People are distrusting of big institutions who take your money, but disregard your input.”

Brad Jones, pastor of Looxahoma Baptist Church in Mississippi said the same thing. Jones said, “I’ve shared many times with the church I pastor about the things going on in the SBC. From the response I’ve gotten I’m not sure very many over 70 even care. I think Jeffress is correct. The average Southern Baptist could care less about what happens in the denomination.”

Bob Hadley, senior pastor of Westside Baptist Church, Daytona Beach, Florida,  agrees with Jeffress about the nature of denominational involvement among most evangelical and Southern Baptist church goers, “I do agree that we are in a post-denominational era.”

Hadley said, “My church has no clue about what is happening, except that I’m concerned and don’t like it.”

Hadley offered additional thoughts on this, namely that he isn’t sure people ever really paid much attention to it.

“I am not sure that a majority of people in the pew have EVER really cared what was going on denominationally. I think they pretty much like with the government expect those in charge of leading to do the right thing. I will also agree that the number of those who DO keep up with what is going on denominationally are much fewer in number than they have ever been,” Hadley said.

Ken Skelton, pastor of Ward’s Grove Baptist Church of Lexington, Tennessee said “the SBC as a viable Christian denomination is going extinct, and will be swallowed up into the ecumenical movement.”

“Yes I am worried/concerned,” Skelton said about the future of the Southern Baptist Convention. “The culture is dictating our focus.”

Skelton said the progressive drift and the structure of how the Southern Baptist Convention conducts business reduces his desire to attend the Annual Meeting.

“I am definitely less likely to attend,” Skelton said. “I don’t matter to the SBC. It’s all rigged. You either conform to their opinions and ideas, or you get out of the way. It’s a waste of my church’s money to send me to the convention.”

Though, the 2020 presidential contest in the Southern Baptist Convention might change Skelton’s mind. He said, “If someone who I believe in would run for President next year at Orlando, then I would see a definite reason to go to it.”

What can turn the SBC around? Skelton says revival.

“Revival is the only thing that would save the SBC. A good president could help turn things around so that revival could come. I read a BP article this morning with the headline ‘Ausberry: Called to be Southern Baptist despite SBC history.’ What kind of an impression does that give us? The focus is on a sinful past. What denomination is better? The focus is on being ‘woke,’ which is an agenda that is clearly “leftist”.”

Charles E. Smith, pastor of First Baptist Church of Milligan, Florida said, “What I think is the number one reason for my church wanting to stay in the SBC is Missions. Smith said. “If the (Cooperative Program) were just funding the ERLC and seminaries, my church wouldn’t care as much.”

Smith is interested in the progressive changes in SBC because Cooperative Program dollars go to support things like the ERLC. “I mainly care about national SBC politics because our church’s money goes to support it,” he said.

As for Smith’s plans to attend next year’s convention, it is up in the air.

“If a viable Traditionalist candidate offers himself up I’ll try,” Smith said. “I pastor a small church and even though we budget $500 for the convention I’m not going to go if it’s a done deal like this time.”

One longtime Southern Baptist leader said attracting pastors who lean toward Traditionalist soteriology, but are concerned about the Social Justice emphasis will be key to anyone hoping to defeat a status quo candidate.

What was most interesting is how many non-Reformed pastors are now open to supporting someone like Tom Buck or Tom Ascol. The reverse also appears to be true with a few Calvinist pastors telling the Capstone Report that they’d consider a real conservative alternative even if the insider candidate was a Calvinist and the conservative candidate a Traditionalist or Arminian.

If nothing else, the Social Justice battle has clarified who stands for orthodoxy in the Southern Baptist Convention.

The question now: will the various conservatives be able to work together?

Orlando 2020 is a lot closer than you might think.