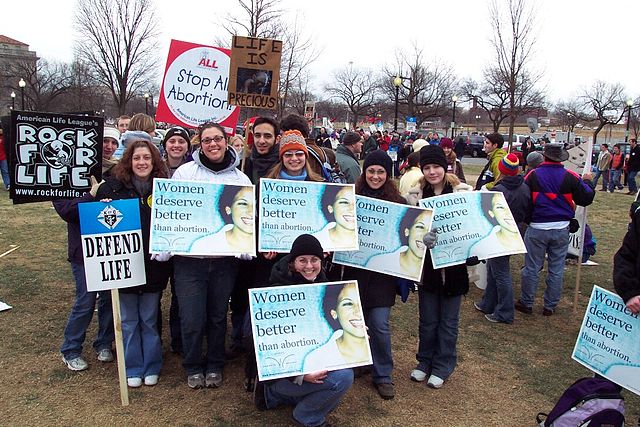 Persecution of Pro-Life politician Rep. William Hurd is only the beginning.

Rep. William Hurd (R-Texas) is a former CIA field operative and an expert in the field of Information Technology and Security. It makes sense that someone skilled in cybersecurity and politics would make a great speaker at a cybersecurity conference like Black Hat. So, Hurd was invited to speak at the conference, and one day later was disinvited. It seems the Social Justice Leftists were outraged that a Pro-Life congressman with a pro-life voting record would speak on cybersecurity.

According to a statement released by Black Hat, “Black Hat has chosen to remove U.S. Representative, Will Hurd, as our 2019 Black Hat USA Keynote. We misjudged the separation of technology and politics. We will continue to focus on technology and research, however we recognize that Black Hat USA is not the appropriate platform for the polarizing political debate resulting from our choice of speaker. We are still fully dedicated to providing an inclusive environment and apologize that this decision did not reflect that sentiment.”

Those categories make you unworthy to speak about technology.

Those categories make you a threat to the “inclusive environment” that Leftists promote. You know, the inclusion of everybody but someone they disagree with.

Rep. Hurd is often a critic of President Trump. Rep. Hurd voted for the dangerous Equality Act. Yet, these acts of appeasement did not save him from the progressive mob.

Rep. Hurd strives to be bipartisan.

“Congressman Hurd has always sought to engage groups of people that don’t necessarily agree with all of his votes or opinions. That’s why Rep. Hurd is one of the loudest voices for bipartisanship in Congress,” Katie Thompson, Rep. Hurd’s communication’s director said in a statement provided to the Capstone Report via email.

See what bipartisanship earns you?

“Not to mention Congressman Hurd would have brought the perspective of a person of color and someone who served our nation abroad,” Thompson said.

His unique experience and his unique perspective weren’t welcome. Because he held views hated by the Left.

What this proves is that conservatives and especially conservative Christians will be punished. Persecution is at hand. Today it is economic opportunities and the prestige of position and speaking opportunities; tomorrow it will be worse.

Remember that at the ballot box in 2020.

“Progressives aren’t shy about using their cultural and economic power against anyone who dares to dissent from progressive dogmas. The defenestration of Will Hurd, the only African-American Republican in the House of Reps, is to punish him and pour encourager les autres,” Robert P. George, McCormick Professor of Jurisprudence and Director of the James Madison Program in American Ideals and Institutions at Princeton University tweeted in response to the news.

If Democrats win the White House in 2020, then you can expect increased persecution. You will bow willingly or be made to bow at the altar of the new Intersectional overlords.

What should our response be to the impending threat to our liberty?

First, remember that you cannot appease the enemy. The enemy will demand total obeisance. Second, only vote for Republicans. Democrats are determined to take away your religious liberty and drive you from economic opportunity unless you surrender your beliefs.

The attack on Rep. Hurd proves it. He violated Leftist orthodoxy by defending life and he paid the price.

You will too unless you get involved and fight. Remember that in 2020.