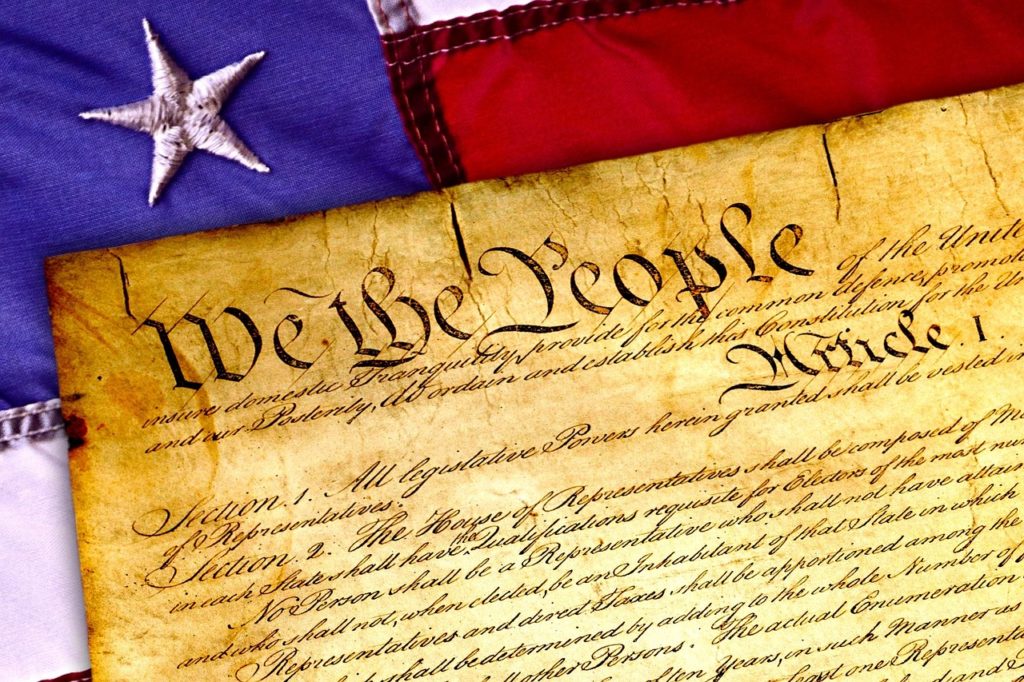 An examination of Biblical teachings on submission to government and what that means for Christians living in a democratic republic like the United States; Was the American Revolution Just?

A recent blog post from The Master’s University proposes that Christians should submit not only to government, but secular forces in the changing United States. First, let’s examine the political claims.

“Recently, there was a bill working its way through the California Assembly that would have declared illegal any Christian counseling that regarded homosexuality as a sin. How do we wage war against an institution that is making such bills?”

“The battle cry of every believer is, ‘I surrender. I submit to your authority.’ I want you to notice the comprehensive nature of this command. Peter says to every human institution, and then he refers to the king – which speaks of national authority, and then he speaks of the governor – which refers to local authorities.”

There is a time for submission; however, there is also a time for fighting. If the United States remains a democratic republic—and citizens can participate through voting and petition for redress of grievances—then surrender is not an option. Rather fighting for justice is an obligation. We must strive for the good—to establish just laws and oppose evil ones.

We can do this through lawsuits, protests and voting in elections.

The source of sovereignty in the United States derives from the people and is operable through the consent of the governed. As Dr. Tom Ascol said in a recent Founder’s podcast, American citizens behave like citizen-kings. Dr. Ascol provides a handy examination of this in a 2005 blog post. He writes, “But we do not live in a monarchy. We live in a democratic republic. Who is our civil king? We are. The citizens. We are citizen-kings.”

So, as citizen-kings we have important rights and responsibilities. We have a right to participate in the process, and a duty to advance God’s good purpose through that process. C.E.B. Cranfield wrote that the New Testament makes it clear, “that every Christian has an inescapable obligation toward the state.”

Cranfield explains our duty to the state is born out of God’s command and our duty to love. He writes, “Since the state serves both the ordinary temporal good of our fellow human beings and also their eternal salvation, the right service of the state is an integral part of our debt of love to our neighbors.”

Our obligation is to strive for good for as long as we possess the power and the right to do so. There is also some biblical textual issues to consider relative to what submission actually means.

Cranfield goes on to make a strong exegetical case for the meaning of ὑποτάσσεσθαι not being to simply obey. “It is therefore not unreasonable to maintain that in Romans 13: 1; Titus 3: 1; 1 Peter 2: 13f., the word ὑποτάσσεσθαι denotes not an uncritical obedience to the authority’s every command but the recognition that one has been placed below the authority by God and that, as God’s servant and the instrument of Christ’s kingly rule, it has a greater claim on one than one has on oneself, and such responsible conduct in relation to the authority as results from such a recognition.”

One of the problematic parts of Chung’s essay is the conflation of evangelism with political responsibility. This is a common problem in evangelicalism. The personal becomes the political. Often this is used to explain why the state should do some act of charity. Also, public witness is another consequentialist argument made by public theologians.

Chung writes, “Reverential submission is sweet submission because we as believers know and trust that it is our way of evangelizing the surrounding world.”

While our interaction with government and society no doubt has an apologetic-evangelistic element, our actions cannot be predicated on evangelism alone. Rather, since we have political responsibilities delegated to us by God (by virtue of our US citizenship), and a responsibility as Christians to establish the good for all men under that authority, we must apply the appropriate God-ordained rule to each element of our life. As such, one cannot simply obey the state, but must fight for the good.

What about the American Revolution?

This echoes a problematic part of John MacArthur’s interview with Ben Shapiro. In that interview, MacArthur claimed that even the American Revolution was likely unjust for Christians.

However, ethicists, both Christian and non-Christian, have a variety of views on the appropriateness of the American Revolution. One scholar of Augustine’s Just War thinking makes a different case. Eric Patterson explores the themes in his book Just American Wars. He details how Parliament recognized the rights of America’s colonial assemblies, like Virginia’s House of Burgesses, with the sole power to tax their peoples.

The American Revolution grew out of these local powers defending their people’s rights to legal protection from an abusive greater power.

“That, by virtue of their charters, the British constitution and the principles of natural law, the colonial assemblies had legitimate authority to resist Parliament’s aggression; that they had a just cause since they were defending their birthright as Englishmen and human beings, and that they were taking up arms with right intent—at this juncture in 1775 they were, after all, only seeking a restoration of their rights under British law as it stood in the early 1760s, not independence or revolution.”…

“Their argument is simple: political authority is a divinely ordained good. Thus, when political leaders become tyrants, and when there are alternative forms of political authority that will preserve the lives, livelihoods, and way of life of citizens, then it is perfectly acceptable to act in self-defense. Indeed, there was a strong theological argument made at the time, and that had been made for centuries, that oppressive regimes lose their legitimacy when they harm their own citizens, and so it is appropriate for the citizenry to act on behalf of the principles of law and righteousness.”

This justification rests heavily on the Reformers understanding of the Lesser Magistrates. Both John Calvin and Martin Luther held views on the importance of local authorities defending their people from tyrants. David Mark Whitford’s dissertation on Martin Luther’s political theology and the Right of Resistance quotes the Magdeburg Confession and additional works on what is the requirement of lesser magistrates to resist, even higher powers.

Whitford quotes from the Magdeburg Confession of 1550,

“This magistracy still remains accountable to God for the execution of its office with regard to its subjects, that is, it must maintain good, punish evil in everyone who deserves it, even in a superior. Paul excludes no one, nay, he makes a superior who becomes a tyrant an ordinance of the Devil.” See also, Luther, WA TR, 4:239 (no. 4342 — 7 February 1539): “The emperor is not a monarch, who alone rules the German Empire (as the kings of England and France are); instead he rules together with the electors. Each of them is charged to take care of the empire. Each of them has a duty to encourage the good and resist that which would injure or prejudice the empire.”[1]

Evangelicals should consider this rich Reformation political theology, the complex textual arguments against simple obedience and their political context (citizens not subjects) in applying God’s rules for a Christian citizen. Such analysis will propel the Christian citizen not to surrender for the good of public witness, but to a robust defense of God’s rules—rules that results in the protection of life, liberty and property under the law.

[1] For those interested: Whitford, David Mark. “The Right of Resistance in the Theology of Martin Luther; with Specific Reference to the “Magdeburg Confession of 1550″.” Order No. 9923974, Boston University, 1999. In PROQUESTMS ProQuest Dissertations & Theses Global, http://ezproxy.liberty.edu/login?url=https://search-proquest-com.ezproxy.liberty.edu/docview/304491720?accountid=12085.

7 thoughts on “Citizens Not Subjects: Why Christians in America Must Not Submit”