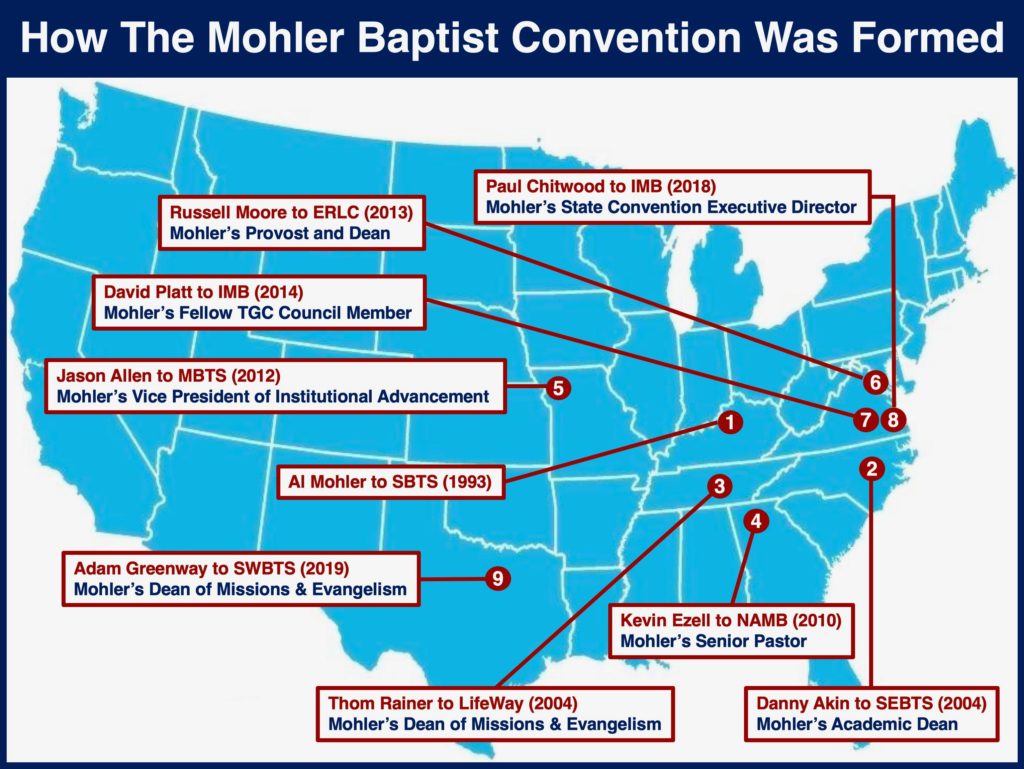 Dr. James White produced an excellent analysis of the tension present when Dr. Al Mohler, president of the Southern Baptist Theological Seminary, was confronted by Phil Johnson about the spread of Neo-Marxism in evangelicalism. White produced a fair, balanced and insightful critique.

Dr. White pointed out one reason why Mohler might be in a difficult position regarding this issue. White said Dr. Mohler is under pressure from various issues like the legacy of slavery in the SBC, a combative and liberal media seeking his removal, but also “Traditionalists and people who want to get Calvinists out of the Southern Baptist Convention going after him.”

Al Mohler is not now nor has he in anyone’s recent memory been in jeopardy from Traditionalists. I’ve spoken to a couple of Traditionalists who sat on Mohler’s trustee board and while they’ve been blunt to Dr. Mohler over issues such as Mohler’s exclusion of non-Calvinists from certain events, there has never been a level of dissatisfaction with his leadership. They never planned a coup in Louisville.

In other words, Mohler is not now under any threat from Traditionalists in the SBC.

There is no push to purge Calvinists. However, Traditionalists are rightly concerned about Al Mohler’s overreach. Mohler has spread his subordinates and friends throughout the Southern Baptist Convention.

Mohler is responsible for the elevation of Russell Moore, Danny Akin and Kevin Ezell. These are the three most influential and dangerous men in the Southern Baptist Convention today. Moore and Akin are Woke and spreading dangerous theology to the masses. Ezell is spending millions of dollars on hip projects like a multimillion church expansion that includes soccer fields, retail shopping and other amenities for one community with a price tag of about $15 million along Atlanta’s I-285 perimeter.

Al Mohler has spread his influence throughout the SBC. And much (perhaps all of it) is Woke.

The men Dr. Mohler platformed are the problem.

It is time to start asking how much of this is Dr. Mohler’s fault? If Dr. Mohler will not condemn the spread of Wokeness in the SBC, then he has given his tacit approval. After all, the maxim of the law is, qui tacet consentit (Who is silent, consents.)

So, Dr. Mohler, speak or we know where you stand on this issue. Repudiate bad leaders who spread divisive theology. You’ve wanted your influence to be unquestioned in the SBC—well, you’ve got it. Your former employees are spread throughout our seminaries and entities—will you speak up, or must the only voices against Wokeness come from the SBC Wilderness?

Now is the time for unity between Reformed & Traditionalists

Mohler may very well never answer the call. He may never do what is needed. This makes it even more important for conservative Southern Baptists and evangelicals to unite. We should vigorously defend our views of soteriology, but it cannot divide us. The church in America faces an unprecedented crisis. Social Justice Theology threatens the Gospel.

I signed the Traditional Statement. I’m closer to Paige Patterson than Al Mohler. Yet, I’d happily nominate or support the nomination of someone like Dr. Tom Ascol, executive director of Founders, as SBC president at this critical moment.

Perhaps, historically, there have been hard feelings between Traditionalists and Reformed Southern Baptists. Let this new challenge put aside such rivalries. Our adversaries are unified and on the march. Unless we unify, we will be routed.