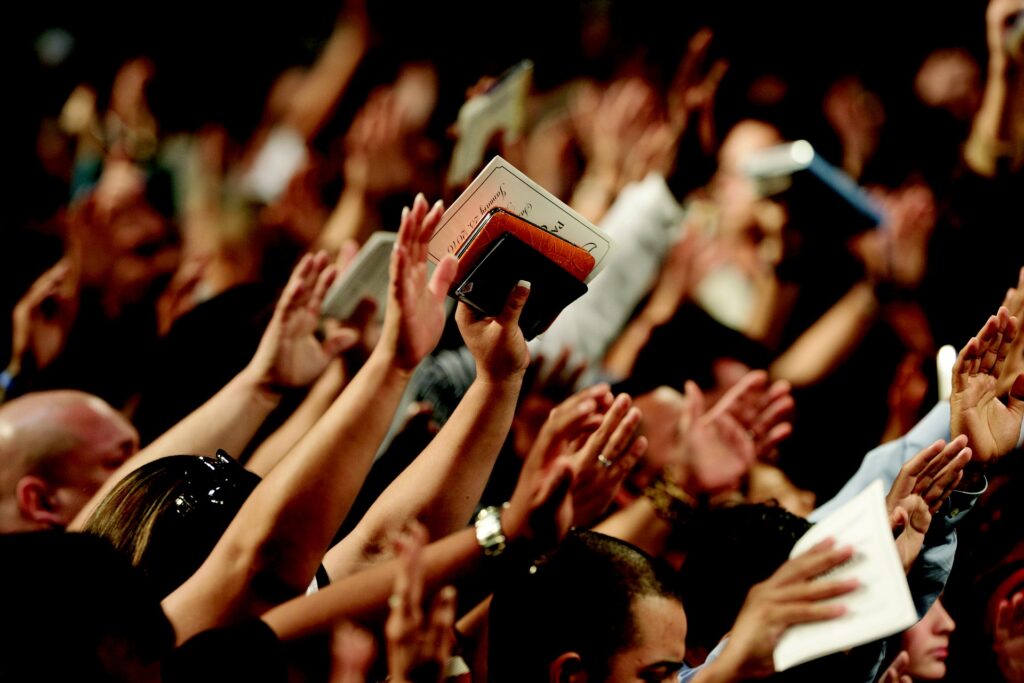 The Church is Voluntary, Creedal, Unified in Christ

The church is in a sense a pre-modern creedal state. The earliest declaration of the church asserts Jesus is Lord.[1] The church’s membership was self-identified—voluntarily composed of those willing to proclaim Jesus as Lord and Savior. It was the cornerstone of a new order. As the Apostle wrote, “Our citizenship is in heaven, and we eagerly wait for a Savior from there, the Lord Jesus Christ.”[2]

Commentators explain the nature of the Christian citizenship is above: “True Christians set up no commonwealth here on earth, their great commonwealth exists in heaven, they are strangers and pilgrims here.”[3]

It is a higher order. “But the Jerusalem above is free, and she is our mother.”[4] An order where Christians are “fellow citizens with the saints, and members of God’s household.”[5]

It is not only a new political relationship, but a revolutionary remaking of the entire person. A new heart. New way of thinking. New way of acting. Christians are commanded to “Put on the new self, the one created according to God’s likeness in righteousness and purity of the truth.”[6]

And it is a unifying order. “For those of you who were baptized into Christ have been clothed with Christ. There is no Jew or Greek, slave or free, male and female; since you are all one in Christ Jesus.” [7]

Commentators recognize the oneness of this: “Most importantly for his Galatians argument, Paul lays stress on the oneness that exists among ‘all’ who have responded to Christ ‘through faith’ and have been ‘baptized into Christ.’ For the ultimate answer to the Judaizers’ call for Gentile Christians to observe Torah is not in setting out the God-intended purpose and functions of the Mosaic law, important as that discussion in 3:19–25 may be, but to assert that ‘in Christ’ God has done something new that puts an end to the old.”[8]

If any group of peoples should be immune to the atomization of identity politics it would be people unified by a higher citizenship. Demagogues should have no power over those of us with a new heart and outlook. Unfortunately, there are those who are in the church today dividing us through identity.

Whether it be conferences pushing the new identity of “Gay Christian,” or racists who claim all white evangelical Christians should repent of the murder of Martin Luther King or lame exhortations from David Platt at T4G for essentially quotas on church composition—the dividers are here and in key leadership positions among evangelicals.

It is a crisis. Perhaps even crisis is an understatement. John MacArthur warns that the Social Justice movement infecting Christianity today is a serious threat to the Gospel.

Church and State in the West face a similar challenge from Identity Politics: Can Fukuyama’s recommendations help?

Francis Fukuyama defends democracy Against Identity Politics in a new essay published by the Council on Foreign Relations in its Foreign Affairs. Fukuyama is enlightening. He always is. He grapples with the trajectory of world politics from its seeming inevitable move to democracy and globalism to the retrenchment of autocracy and populism. He examines the rise of identity politics on Left and Right. Decides it is a danger if left in its present form, and offers a solution.

We already have those. Or had them. They were England, France, and Poland.

They were called nation-states.

Unfortunately, Fukuyama doesn’t want to preserve them. He wants to remake them. He advocates the end of jus sanguinis (law of blood) and the establishment of jus soli (law of the soil) in Europe. According to Fukuyama, those states should move away from ethnicity based systems of citizenship and embrace the U.S.-type creedal nation-state.

But why should what works for America work for Europe?

This is a serious problem for such prescriptions. A solution might be great in one given time and place, but terrible in another context.

Why abandon millennia of socio-political development so flippantly?

Many of the strains in Europe are caused by mass immigration combined with the demographic decline of Europe’s native peoples.

Some international agencies have noted the utility of increased immigration as a means of fighting the graying of developed states. According to one UN report, “The levels of migration needed to offset population aging (i.e., maintain potential support ratios) are extremely large, and in all cases entail vastly more immigration than occurred in the past.”  But even that might not be enough to save Europe. The same report warned, “Maintaining potential support ratios at current levels through replacement migration alone seems out of reach, because of the extraordinarily large numbers of migrants that would be required.”

This presents a real problem. Europe has a checkered history absorbing the Roma peoples. Now it faces hundreds of thousands, perhaps millions, of Muslims fleeing to Europe from the Middle East and Africa. It would seem difficult to integrate these migrants into the current European nation-state or even Fukuyama’s suggested reimagined one.

How can people without any attachment to democratic systems operating in Europe become active participants in it? Political customs and norms take time to develop and teach. Also, it would seem more likely to work in cases where migrants are self-selected. In other words, someone is more likely to want to become part of the American creedal state if they undertake the process to immigrate rather than being forced to a random state because of war or other disruption.

The Antidote for Identity Politics in Church and State

Fukuyama’s recommendations for dealing with identity politics in European states is suspect. However, his advice for how to repair the United States has promise. He recommends a return to key American values like the rule of law and constitutionalism. There are many elements, but a few standout. It would be accomplished with improved civics education, ending multilingual and bilingual education, and creation of mandatory national service. Such actions would bind Americans together with shared experience.

In other words, he wants to catechize American children. Catechize them in America’s civic ideals.

There is no doubt education played a crucial role in undermining the American system. Neo-Marxists and Post-Modernists poured critique on our constitutional system and moral philosophy. “America was never great,” declared one Democratic politician. Millennials favor socialism over capitalism, according to recent polls.

In a sense, that is a similar type of exhortation one might get from Rod Dreher and The Benedict Option. Essentially, most church members are captive to influence outside the church and have worldviews formed by culture rather than by Christ. We better fix that or we won’t have much of a church in a few years.

It means we (and by we my readers are almost all evangelicals and mostly Southern Baptists) must cultivate members who know what they believe and why they believe it. Church members who are always “ready at any time to give a defense to anyone who asks you for a reason for the hope that is in you.”[9]

That means developing Christians who dig into real theology. Christians who read the likes of Dr. William Lane Craig, Dr. Wayne Grudem and Dr. Norman Geisler. (Check out our list of links to these theologians, apologists and other scholars and writers who stand against the dangers of Identity Politics. Note: I’m going to update that post with more blogs and podcasts.) It means thinking about ways to improve what we communicate in Sunday School and Small Group.

It could mean developing new materials so that our church education is prepared to counter the progressive worldview of our secular schools and entertainment.

This isn’t a new idea. It is how the church always fights falsehood. We shine the light of truth and proclaim what the Bible says.

All of this requires a renewed commitment. We must be one. There is no place for the rhetoric of oppressor vs. oppressed in the church. As Christians our identity is in Christ. We don’t give up our earthly citizenship. We know our cultural heritages are a gift from God that we can all share. While good, these are less important than our new status—unified in Christ.

Fukuyama sees identity politics as an outgrowth of a personal desire for dignity. As Christians, our new identity allows us to share in something greater than human dignity. This must be our focus. Christ is the solution. Not Marx.