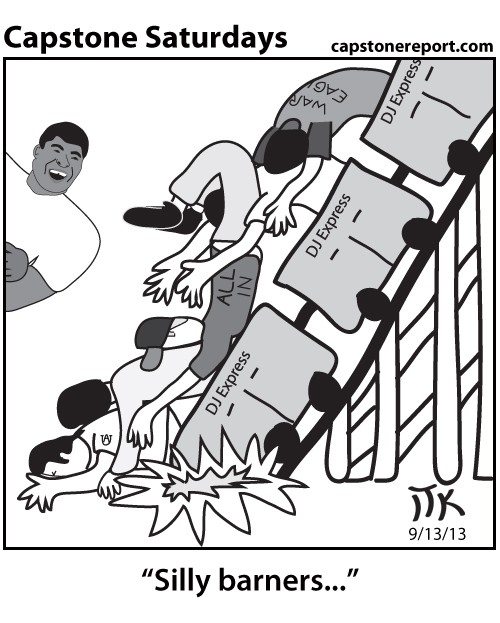 The last 48 hours have been a ride, at times downright comical.

One thing that has been exposed through this DJ Fluker saga has been the crystal clear desperation on the part of Auburn fans (and other Bama haters). Desperate for something to ease their pain. Something to soothe the agony that’s been placed on them over the last seven years of terror that Nick Saban has invoked into their lives.

Their comments on this site alone have been a delight. Eager to connect as many pieces of a puzzle that doesn’t exist. Desperate to make forecasts into the future that illustrate the pure delusion this entire fanbase operates under. 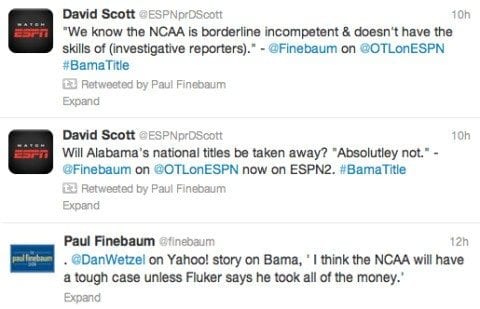 As I spoke to a well-known Birmingham radio personality yesterday, I was told “this story is dead.” From Paul Finebaum to Dan Wetzel to even Tim Brando, the experts agree that there is no future to this story. According to this analyst, the Twitter trends left the Fluker story some time in the ressesses of Wednesday night.

The main player at the center of the story has gone on record attacking the erroneous nature of the report. John Phillips’ statement yesterday illustrated his willingness to work with Alabama’s ongoing investigation of the matter, citing the out-of-context reporting that Yahoo Sports employed in rushing to a sensational story. Like ESPN’s prodding of the SI Oklahoma State story, the light of day tends to shed light on the facts. DJ Fluker’s camp has expressed their willingness to do the same.

As for the writer himself? In his own words…

@CharlesRobinson on “The Game” I would be stunned if anything happened to Alabama involving the recent yahoo story.

@CharlesRobinson was asked on “The Game”. Do you think the NCAA could replicate this investigation? No, it will would be an uphill climb 1/2

Charles Robinson was asked on “The Game” if he would cooperate with the NCAA? His reply? “No, I can’t,” summarizing later that it would be unethical for him to get involved with that process.

The only reason this was a story at all…a past player of a school linked to alleged payment from an agent…not a booster to a recruit or current player…is because it involved the king of college football, released the week of the biggest game of the season. Alabama fatigue is real, and some will stop at nothing to do whatever they can to alleviate their pain.

We know Auburn fans are petty. And I knew they were somewhat desperate. But I had no idea of the sheer laziness of this fanbase until recently. At Auburn, they don’t want to do what it takes to become something themselves. They don’t want to put in the work, hire the best or make the commitment to rule the land. All they’re able to do is nip and the heels of those who do. Tearing down their rival, or hoping for an implosion of some kind, is literally their only hope for significance. Silly barners…the ride is over too soon.

Oh well. Bring on the Aggies!