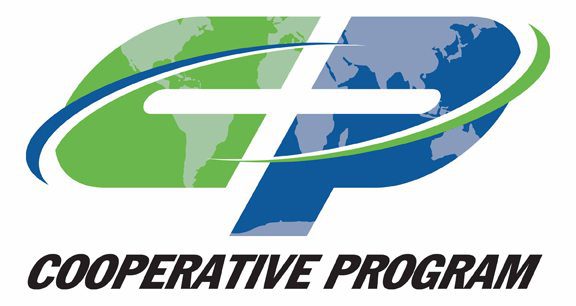 About that 10% y-o-y CP decline: How many churches are withholding money to the Cooperative Program of the Southern Baptist Convention? The 10% year-over-year decline in CP giving presages something new. Has anyone at the Executive Committee bothered to count the churches no longer giving to CP?

One pastor of a church told the Capstone Report that while he supported giving to a state convention, that some in the church were even opposed to that given what they saw happening in the SBC. Is this concern about the Southern Baptist Convention filtering down to the states too? Perhaps. For example, the Georgia Baptist Convention.

Why did they stop?

Is it distrust of the Cooperative Program and the people running it?

Well, if anyone remembers the EC’s report on the leftward drift of the ERLC and Russell Moore’s malign influence on the SBC, there are some important clues.

According to the Baptist Message’s report, “The published report set the framework for Stone’s comments by sharing that 15 of the 41 state Baptist conventions had responded to a survey from the task force. ‘These 15 conventions serve 28,379 congregations, or 60 percent of the churches in friendly cooperation with the SBC,’ the report stated. Importantly, these churches also represent 74 percent of the gifts to SBC national causes, or $139,799,636 of $187,806,636 of the Cooperative Program funds distributed at this level…

“The report also shared examples of how ‘a perceived leftward or liberal drift generally, which includes concerns related to the ERLC’ has led to withholding of Cooperative Program gifts and even departure of churches from state and national conventions — affecting 250 churches in one convention, 94 in another and 46 in a third, for instance.”

And the distrust of the leftists at the ERLC is only part of the issue. Some state conventions have erected their own ways to encourage churches reluctant to give to leftists to continue giving. Missouri is one example of that. Missouri launched its alternative giving option in response to the Woke mob now in control of the SBC’s hiring of a radical pro-LGBTQ law firm.

According to the Missouri Baptist Convention’s The Pathway, “Earlier this year the MBC Executive Board approved an alternative giving avenue, called Plan B, for churches concerned with the LGBTQ controversy and SBC Executive Committee’s decision to waive attorney-client privilege, a move that ended the SBC’s long-term relationship with the Guenther Law Firm, leading to the hiring of Bradley. The homosexual controversy engulfing Bradley and Guidepost Solutions – has prompted 217 MBC churches to opt for Plan B. It allows churches to select which SBC entities receive their gifts. In most cases churches selecting Plan B are withholding giving to the SBC Executive Committee. As a result, their giving is routed through the MBC, which then distributes Cooperative Program gifts designated by the churches.”

And Missouri has already seen at least 217 churches option for Plan B giving. That means they are finding routes to give but making sure to keep funds away from Woke SBC institutions.

And this is happening in other conventions too. Though there are not as many details on how many churches are taking this route. In Louisiana at least 27 churches instruct the state convention to send none of their dollars to the SBC. However, with the broader definition approved in November, it is expected that more and more churches will avail themselves of these options.

This mess is a creation of the Woke Elite SBC leadership.

It will only get worse as new revelations emerge about the wicked men leading the North American Mission Board (discovery in the McRaney v. NAMB case and trial is going to be entertaining, at least for everyone except Kevin Ezell) and the ERLC continues to show itself to be occupied by radical leftists more dedicated to Russell Moore than serving Jesus and His church.

And lest anyone spin this, overall total CP giving is down significantly since the Great Commission Resurgence, according to Rod D. Martin. He said, “Total @SBCCP giving — state and national — is down almost 50% (inflation adjusted) since GCR. No one reports that (even the Book of Reports gives nominal dollars, which are bad enough). @BaptistPress doesn’t lie exactly: it just never reports what’s actually happening.”