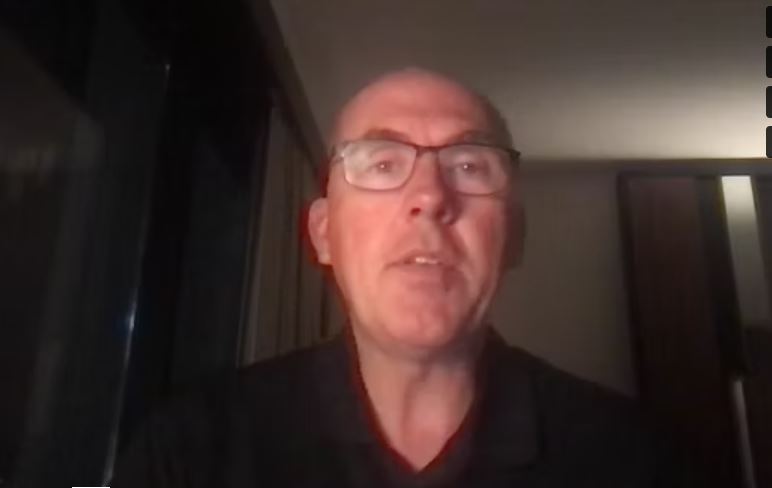 Yet, if he believes Tom Buck why appoint Todd Benkert?

Barber admits Todd Benkert has revealed name of person who leaked him the Buck document to at least three more anonymous people. Barber defends not providing name to Jennifer Buck.

“This is my understanding about what happened,” SBC President Bart Barber said. “Tom reached out about knowledge he had about the past activities of a deacon at Willie Rice’s church.”

You might remember that at one time earlier this year Willie Rice was the frontrunner to become SBC President. Rice was serving as vice-chairman of Kevin Ezell’s trustees at the North American Mission Board (NAMB) and was nominated for SBC President by the chairman of Albert Mohler’s trustee board at the Southern Baptist Theological Seminary (SBTS). However, Rice withdrew from the race once details about a deacon at Rice’s church became public.

“I’ve talked to Tom about that,” Barber said. “He explained to me about how he handled that, and I believe that Tom’s telling the truth. Tom didn’t tell me this on the phone but released to other people that someone who was in possession of this draft document that his wife had written, and they threatened to blackmail Tom with the release of that document. And I believe Tom about that too. I hate to think that somebody in the SBC would do that, but I think that probably, I think that happened the way that Tom said that it happened. I also think that is despicable. I think that’s indefensible and horrible. Understandably, Tom comes out of an experience like that and he’s very untrusting about what’s happening in the SBC.”

Barber said he did not know who attempted to blackmail Tom Buck because of Buck’s conservative views, but Barber repeated, “I believe Tom when he says that that was what was put in front of him.”

Bart Barber defended naming Benkert to the committee because while Benkert is an admitted liar, he has other good qualities.

“The third task force member is Todd Benkert,” Barber said. “This is one of the folks who really generated a lot of questions online about Todd’s participation. The reason for that is there has been some conflict between Todd and Tom Buck and Jennifer Buck.”

Woah. Woah. Woah. “Some conflict between Todd and Tom Buck?” What a great way to trivialize Benkert’s participation with SBC Elites in passing around a rough draft in an attempt to humiliate a sex abuse survivor.

This is the SBC Caring Well—they don’t care about you if you are a conservative. In fact, they hate you and will appoint one of the people who actively participates in harming you to their highest committee on abuse.

But, let’s look at this statement further.

“A lot of people said, ‘How could you even think about appointing Todd Benkert?’,” Barber said. “Well, I’m going to explain to you about that. First of all, I think it’s important to point out that some of the people who’ve contacted me with DMs (direct messages) and stuff like that, who have been really kind hearted folks who’ve said, ‘Hey, I want to give you the benefit of the doubt but I can’t understand how you would appoint someone who leaked Jennifer Buck’s draft document about her abuse and then covered it up.’ I had to reply to folks like that and say, nobody’s even really alleging that Todd had anything to do with the leaking.”

This is a textbook case of a non-denial denial. Of course, nobody is alleging Todd leaked the draft. The complaint against Todd Benkert is that Todd admitted to participating in whispering about the draft and passing it around among the clique of Woke SBC Elites.

Everyone knows Karen Swallow Prior was somehow involved in Todd’s source thanks to Todd’s lies on an audio recording. He admits that he was texting with Karen Swallow Prior about the draft. Then lamely tries to lie about why he was texting her. In that conversation with Tom Buck, Todd Benkert humiliated himself. One can only hope more recordings exist and might one day come to light to reveal the wickedness of these SBC Elites that support Bart Barber and are tied to the leftist SBC Voices.

Barber said, “I think it is a very unfortunate event that reveals how far trust has been eroded.”

No kidding. Though unfortunate does not begin to cover the pain suffered by Jennifer Buck. She described Bart Barber’s friends who were passing around her private writings as making her feel the most abused she has in her life.

Jennifer Buck said, “Let me make this clear: There is nothing I’ve experienced in my entire life that I feel more abused by than what the SBC leaders are doing to me and my husband. These people are wicked!”

But back to this statement from Bart.

Barber legitimizes people refusing to step forward to detail their involvement in this sordid affair because of mistrust and the state of “hate” on the Internet. Yes, really.

“But maybe just like Tom didn’t trust the SBC, they didn’t trust Tom because they didn’t like his Twitter feed—didn’t trust his personality or whatever else and that’s the sad reality that I was talking about—I think you have a lack of trust in the SBC,” Barber said.

Yes, the state of the Internet explains why people were passing around a rough draft with the intention of discrediting a strong conservative critic of the SBC.

Barber then makes an interesting claim.

This is important. Todd Benkert will tell some unknown investigator and some members of the media the name of the person who leaked him the document but refuses to give that name to Tom and Jennifer Buck.

Jennifer Buck responded to this claim with this point, “Not to mention we’ve never been told about these three people. Two of them are on an investigation board? Nobody called me. Ever. What investigation board was this? Were they just simply satisfied with the anonymous couple? Because I’m not.”