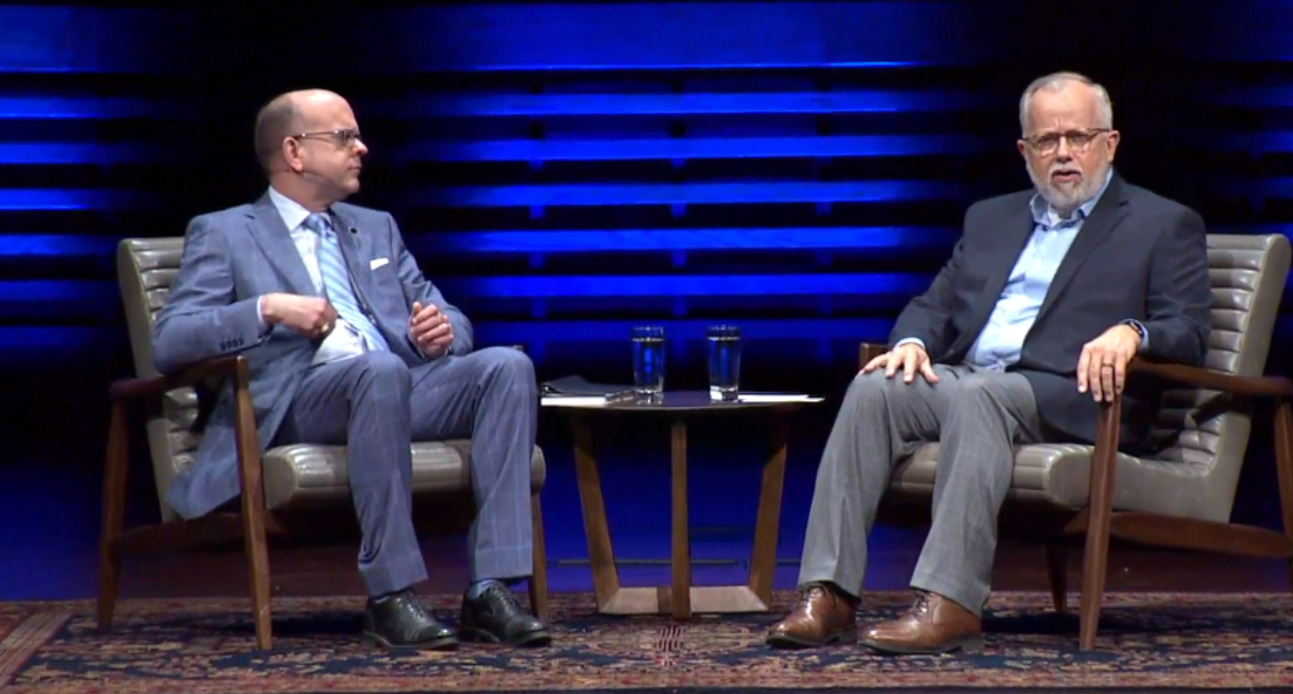 Leftist Adam Greenway says Al Mohler is wrong about intention of BFM2K Committee. Reminder Mohler was on the committee. Greenway was not.

The President of Southwestern Baptist Theological Seminary (SWBTS) accused Al Mohler of misleading Southern Baptists about the intention of the Baptist Faith & Message 2000 committee’s meaning regarding the role of women pastors.

Greenway said, “From my historical research, the @BaptistPress archives, and conversations w/BFM2K committee members, it seems clear that the understanding of ‘office of pastor’ language in the year 2000 meant THE pastor of the church, now more often titled ‘senior pastor’ or ‘lead pastor.’”

Pay special attention to this. Greenway is telling you that people on the BFM2K committee said privately to him that having a woman with the title of pastor was OK with them back in 2000 (22 years ago) as long as the person was not called Senior pastor. This is important because Greenway’s little blurb follows Albert Mohler’s repeated statements to the contrary.

Who are you going to believe? Three men on the committee with outstanding reputations like Kelley, Land, and Mohler or a known liar like Adam Greenway. Don’t forget that the Greenway Administration lied in a press statement about Bobby Lopez and never apologized when a tape recording exposed the lies. Also, Greenway lied about Dr. David Allen. Plus, Greenway lied about the film Enemies Within the Church.

Greenway’s statement is intended as a message to the Woke forces in the SBC who elected Bart Barber as SBC President—that Greenway is their champion and will fight against those pesky fundamentalists!

Of course, Greenway is agitating for a more egalitarian view allowing churches to grant women the title of pastor despite the longstanding Southern Baptist prohibition against it.

Greenway’s leftist agitation has now exposed him as totally Woke. He tried to address that problem in his public statement.

Greenway said, “It is unfortunate that some have characterized these conversations as representing a leftward drift, downgrade, or going soft on ecclesiological, theological, or gender issues. Southern Baptists have been and remain a people committed to biblical authority and sufficiency.”

This is the typical leftist ploy. With their lips they affirm the Bible and then subtly ask, “Did God really say that?”

While lulling the sheep and shepherds to sleep, then they nuance the issue while demanding you be winsome and before you know it, your church is like the PCUSA.

This is what will happen if Greenway wins this argument and is able to humiliate Mohler in this fight. Everyone has legitimate concerns with Al Mohler; however, at this moment there are bigger threats—and those threats resides in Texas, North Carolina, and Alpharetta at the moment.