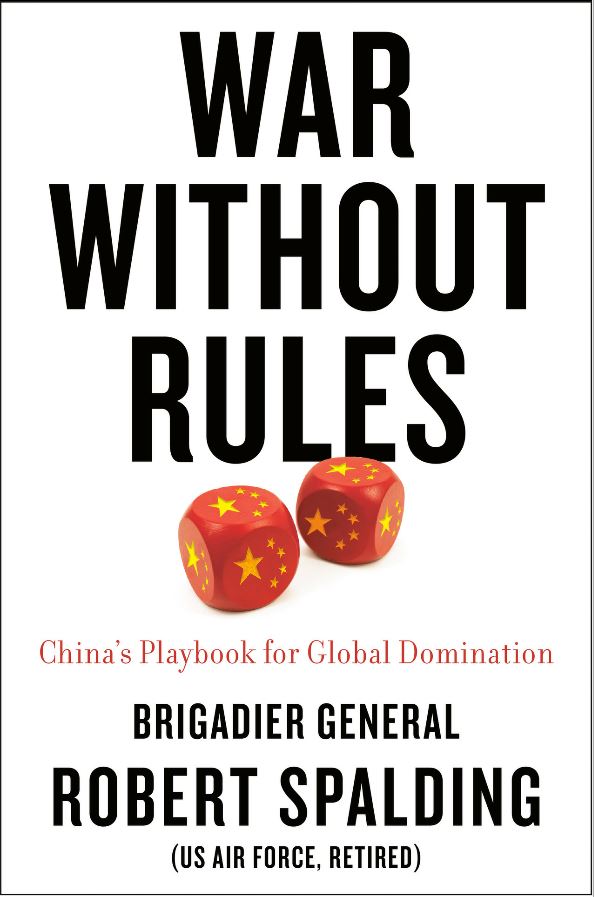 Robert Spalding, a retired Air Force general and during the early days of the Trump Administration the Senior Director for Strategic Planning for the National Security Council, wrote War Without Rules to show how China will use anything to become more powerful. That includes a pandemic.

“China’s combination strategy during COVID even included an academic component. Do you remember hearing about a terrifying report in early 2020 that predicted as many as two million American deaths from COVID? That report came from the Imperial College London, which receives millions of dollars in funding from the CCP and has an incentive to align with the CCP’s messaging. There are strong signs that the CCP used its influence to induce Western panic, overreaction, and economy-killing restrictions—far beyond what was really necessary to fight the pandemic.”[1]

Spalding notes that Western leaders trusted China during the earliest days of the pandemic. That was a huge mistake.

“But even as we believed them, the Chinese Communist Party was locking down its own country while allowing international flights out of Wuhan, knowing that Wuhan residents would carry the virus to the rest of the world,”[2] Spalding writes.

China weaponized Covid-19. That’s not to say they necessarily engineered a bioweapon. Rather, it is to say they made sure Covid became a devastating problem in the West.

It is frightening to read.

However, anyone who wishes to understand contemporary geopolitics should invest the time in this primer. It will open your eyes to the present and future war. You will see how China leverages everything from trade to finance to foreign aid to neoliberal global institutions like the World Health Organization to supplant the United States as a hegemon.

Spalding links China’s influence over the WHO to why the origins of Covid were obscured and the WHO’s ineffectual response allowed Covid to spread.

Spalding explains how the CCP exploited Covid-19 to its advantage—to make itself more powerful and weaken the power of the West.

This is very important to understanding how we arrived at this point. I remember having a conversation with Michael O’Fallon of Sovereign Nations right around the time that lockdowns hit the United States. I remember optimistically wondering, given all the reports of China’s inept handling of the epidemic and the mass deaths the media hyped, if it might be an opportunity to arrest China’s rise. Perhaps, this would mark China’s highwater mark—that the West could turn back the regime’s rising threat.

O’Fallon was of a different view. He explained China was going to emerge stronger. China had a plan, I remember him telling me.

My thinking was based on the demographic timebomb that looms for China. This struck me as important because of two articles. In 2019 just before the pandemic Foreign Affairs spotlighted two books on demographic challenges facing the world. This line hit me as important: “Fertility rates in China and India, which together account for nearly 40 percent of the world’s people, are now at or below replacement levels.” This built on the 2009 article in Foreign Policy by Minxin Pei arguing that Asia might not overtake the West because of the challenges that are even more pronounced today. The problem: Asia faces an aging population.

All of this is true. China faces a demographic challenge.

Yet, O’Fallon was right—China outmaneuvered the West. The CCP had a plan. He rightly called the fact that the CCP was ruthless and controlled the narrative.

And Covid is just one of the many ways the Chinese Communist Party (CCP) engages in Unrestricted Warfare. In War Without Rules, Spalding analyzes a 1999 book that unfolds many of the strategies and tactics China used to supplant the US as the lone global superpower. Spalding’s work provides the key to understanding how China acted over the last 20 years.

A key takeaway from Spalding’s analysis is that Unrestricted Warfare can exploit anything—seriously anything—as a weapon.

Spalding writes, “The colonels claim that if a weapon isn’t high-tech and expensive, Americans can’t even recognize it as a weapon, despite the obvious truth that “everything that can benefit mankind can also harm him.”[3]

This could be education or even religion.

As the BatesLine details, China reaches far. Very far. Even to Tulsa where, a “Chinese Communist-funded program on Tulsa school board agenda.”

Unfortunately, the school board voted 6-1 “to accept Red China’s blood money,” and use the Confucius Classroom despite the concerns about the program’s connections to the CCP.

As for religion, it has long been exploited by Communists. In fact, historians provide unique details about how the Soviet Union spread Liberation Theology.

“Its (Liberation Theology’s) genesis was part of a highly classified Party/State Disinformation Program, formally approved in 1960 by KGB chairman Aleksandr Shelepin and Politburo member Aleksei Kirichenko, then the second in the party hierarchy after Nikita Khrushchev,” according to Ion Mihai Pacepa, a former Soviet Lt. General who defected to the West, writing in NR. “In 1971, the KGB sent Kirill — who had just been elevated to the rank of archimandrite — to Geneva as emissary of the Russian Orthodox Church to the World Council of Churches. The WCC was, and still is, the largest international religious organization after the Vatican, representing some 550 million Christians of various denominations in 120 countries. Kirill/Mikhailov’s main task was to involve the WCC in spreading the new liberation theology throughout Latin America. In 1975, the KGB was able to infiltrate Kirill into the Central Committee of the WCC — a position he held until he was ‘elected’ patriarch of Russia, in 2009.”

It would be naïve to think China is not using this type of warfare. And given Michael O’Fallon’s warnings about the dangers of China’s tampering with everything and Spalding’s book showing this—it seems likely China is exploiting US evangelicals.

In fact during the Trump Administration, many leading evangelicals like Joe Carter of TGC and even Lifeway, the publishing arm of the Southern Baptist Convention, all uniformly complained about trade restrictions the Trump administration sought on China.

Just how far does China’s influence extend in American religion? This is worthy of significant research.

But for now, if you want to understand how the US is losing the geopolitical unrestricted war, Spalding’s book is a great start. War Without Rules is available in hardcover if you prefer print, for Kindle and on Audible.