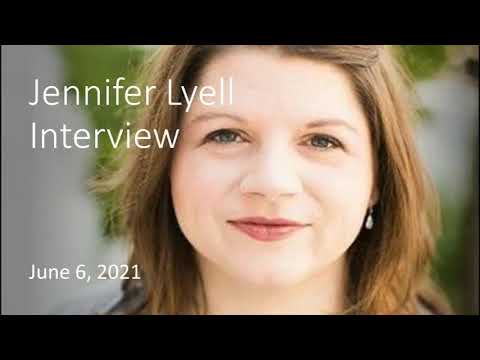 New recording provides details on Jennifer Lyell’s allegations that were previously unavailable to the public.

Jennifer Lyell claims she never wanted the attention her abuse allegations created nor to harm the family of David Sills, her alleged abuser. In fact, she claims in a newly leaked audio recording that she has been vague intentionally—so that the Sills grandchildren wouldn’t find out much about this by using Google.

Of course, Lyell spoke to multiple media outlets and is featured in a new documentary on sex abuse in the SBC.

If this seems like a contradiction, this is just the beginning.

This and so much more is contained in a roughly 2-and-a-half-hour audio interview never released that hit the Internet today.

Lyell tells the story in her own words—so people can finally judge for themselves the particulars of the case. There are elements that sound like an abuse victim pleading with an abuser, “I just want you to be like a dad,” and there are elements where the story does not seem plausible given what we know—pay special attention to the police.

Lyell’s case is of particular interest because Guidepost did not talk to some described as “corroborating” the allegations of abuse and because SBC Elites declared on their own authority that this was a case of Sex Abuse. Lyell was even commended in an SBC Resolution for her bravery in standing against sex abuse.

Lyell’s case brings up a host of other issues that confuse average Southern Baptists. For example, why did Lyell continue the relationship with the alleged abusers after graduating from Southern Baptist Theological Seminary (SBTS)?

The timeline raises many natural and difficult questions—questions that are not prompted by a desire for lewd details, but rather to fully understand what has become a public case used to discredit how the SBC handles abuse allegations.

The audio discussion features Jennifer Lyell speaking to Ron Henzel and Don Veinot of Midwest Outreach. It was a Zoom call conducted June 6, 2021. The audio came to the Capstone Report from a source not connected with Midwest Outreach. The Capstone Report reached out to verify the audio and for comment about the provenance of the audio. Henzel told CR that he did not know how the audio was leaked and did not feel comfortable speaking about it.

Lyell spends some of the recording taking about a blogpost written by Peter Lumpkins (likely this post.). Lyell explains why she had not confronted Lumpkins because of Lumpkins history with Lifeway and her personal issues.

“I couldn’t deal. I mean, I was like, literally like, I mean, it was it was police at my house and, you know, safety,” Lyell said. “And it was not just the real devastation was the fact that I could not understand and still no one understands why that Baptist Press and the EC did what they did.”

Police is an important part of Lyell’s narrative. She mentions them many times during this recording. Lyell mentions police at her house and Dr. Albert Mohler, president of the Southern Baptist Theological Seminary calling the police.

“Mohler did that. He did call the police. But he didn’t make it public disclosure,” Lyell said.

The police issue is difficult because this would have been a call to the local SBTS area police in 2018.

However, according to media reports none of the local police had any reports regarding these alleged incidents.

And the incidents Lyell describes would have caused the creation of police reports.

So, now the question turns to: Did SBTS President Al Mohler call the police on David Sills as alleged by Lyell? If not, why not? If so, when so that press can verify this element of the story that is now so obviously a glaring contradiction in the narrative.

Since Mohler made a public comment just a few days ago, surely, he now has an obligation to answer this important question.

Mohler draws praise from Lyell and some criticism too.

“Mohler should have said, ‘Now, Jennifer, that’s not a promise I can make you like, we need to do what’s right for the kingdom,’ Lyell said. “They didn’t they just kind of defaulted to me, and then realized later, Oh, crap, we shouldn’t have done that.”