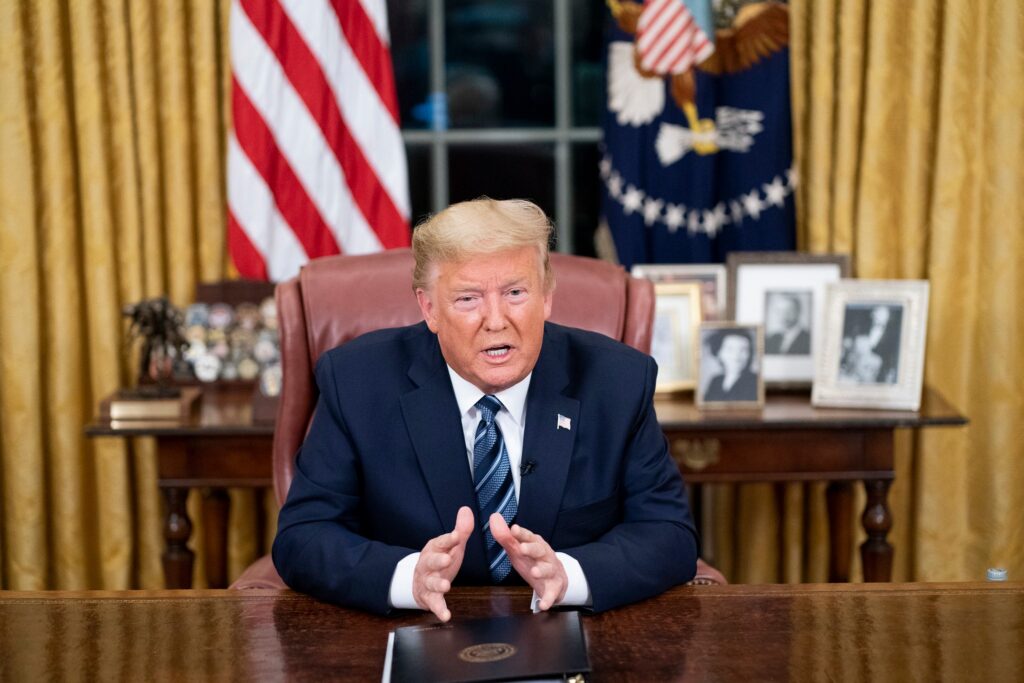 Today’s win at the Supreme Court, after the blessing of God, is chiefly owing to Donald Trump, who as President kept his promises, and to the evangelical Christian voters who ignored the false counsels of lifelong Democrats like Russell Moore and voted for Donald Trump.

Donald Trump’s victory in 2016 saved America. Without God’s great blessing of that unexpected victory and then Trump keeping his promises to appoint real, actual conservative judges, America would be a Woke dictatorship run by social media cancel mobs.

Yet, God stopped America’s slide into Woke totalitarianism and in the process was merciful enough to use the Supreme Court justices put into place by Donald Trump to save the lives of countless unborn babies.

We must on Sunday and many more days be in Thanksgiving for God’s mercy.

And we must also praise Donald Trump.

Trump has many flaws. Yet, Trump did what so few politicians do—Trump kept his word; Trump made a deal with evangelical Christians and Trump kept faith with them.

And as we praise Donald Trump, we must not forget the evangelical Christian voters who were wiser than the Evangelical Elites. The Evangelical Elites like Albert Mohler and Russell Moore preferred virtue signaling to saving babies. Sure, Mohler reversed course in 2020; however, in 2016 Mohler thought he saw the way the culture was moving, and he had to move with it. He was wrong. The Church knew better than Mohler. The judgement was overwhelming from the pews. “Let us save babies,” the masses shouted.

And the people in the pews were right.

Were it not for those over 80 percent of evangelicals who voted for Donald Trump in 2016, then today’s victory in Dobbs that overturned Roe v. Wade would not have been possible. In fact, many of our liberties safeguarded by this conservative Supreme Court would have been impossible.

It is for evangelical Christians to continue the work of Donald Trump and the 2016.

Let us be inspired by the example afforded us of 2016 and ignore the Evangelical Elites who advise us like the lifelong Democrats they are (Russell Moore) and continue our conservative crusade—our reactionary movement—to not only Make America Great Again but to Make America Good Again.