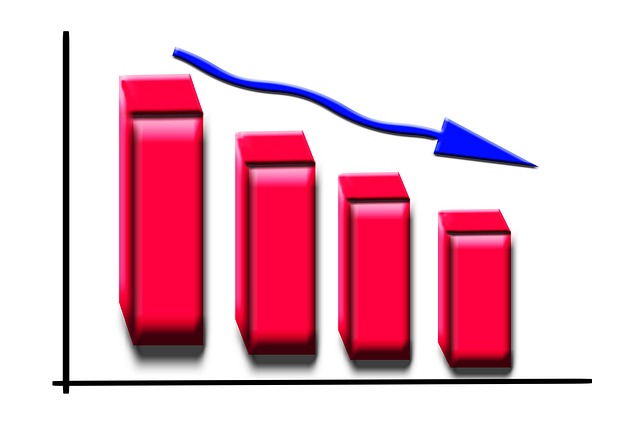 Turnout at SBC Annual Meeting down sharply in California. What does this mean for conservative prospects in New Orleans?

Turnout at the SBC’s Annual Meeting was down significantly from last year. That is not surprising considering Anaheim, California is a far more expensive trip than Nashville, Tennessee. However, it shows that participation even in Nashville involved only a fraction of the SBC’s 47,000 churches.

In Nashville, just under 12 percent of churches sent messengers, according to an analysis of the numbers prepared by theology professor Mark DeVine in The Federalist.

According to numbers from the SBC 3,075 churches sent messengers. The SBC website says 47,542 churches are members of the SBC. That means only 6.5% of churches in the Southern Baptist Convention sent messengers in 2022. Down a little over 40% compared to Nashville.

What does this mean?

It means that the Conservative Baptist Network is right that it would be easy for conservatives to retake the SBC. It would only require a few percentage points increase in participation to dominate the SBC Elites.

However, there are structural problems to this—galvanizing participation.

If less than 15-percent of churches attended the SBC Annual Meeting in Nashville when Critical Race Theory (CRT) was not only a theological, but a national issue covered on Tucker Carlson’s Fox News show, how can conservatives create more involvement?

The key deficiency is that so few pastors and pew-sitting Southern Baptists are informed. When informed, people are alarmed. Yet, many dwell in blissful ignorance thinking that everything is fine because they are fed the lies from Baptist Press, too many state conventions and other outlets.

Overcoming complacency is the key to turnout.

Yet, this is easier said than done. One problem could be structural. Dr. Robert Jeffress pointed out in 2019 that US churches are in a post-denominational age. Jeffress said churchgoers don’t care about denominational power struggles.

Jeffress said, “I think we are living in a post-denominational age, and I think whether it is Southern Baptist or any other mainline denominations, I don’t think people relate any more to large masses of ecclesiastical bureaucracies. I think it is kind of like Tip O’Neil said one time, ‘All politics are local,’ and I think that is true about the church as well. I know our members are concerned about First Baptist Church Dallas and what we are doing to change the world for the better by introducing people to faith in Christ and I don’t know anybody under the age of 70 who cares about what is happening in the denomination.”

This presents a problem for conservatives. There are structural issues in America that books like Bowling Alone illustrate—the decline in participation in voluntary associations. If most churchgoers are now apathetic about denominations, then organizing involvement will be much harder for conservatives.

Yet, there are signs people care. They just need to know what is happening.

In fact, I’ve had one SBC deacon tell me he was ready to pull the plug on the church’s membership in the SBC; however, the pastor of that church, a staunch conservative, was reluctant to spark that kind of debate within his church. He felt it would harm the church and the effort of missions.

Yet, there are churches planning business meetings on the very topic of leaving the SBC. Some of those efforts to leave the SBC are member driven.

According to the Daily Wire’s Ben Zeisloft, the First Baptist Church of Lindale, Texas pastored by Tom Buck empaneled a committee to investigate recent developments in the Southern Baptist Convention and to “come back to the church in our August members’ meeting to make recommendations.” It is possible that Buck’s church could leave the SBC.

That is huge news. Buck is a leading conservative and if his church leaves, then it would be bad for conservative Southern Baptists. Conservatives would be deprived of an important voice, and it would be that much harder to get the votes needed at future SBC meetings as conservative churches flee the SBC.

However, the one good thing to note is that when church members are informed about the leftist politics in the SBC, they care.

Thus, conservatives must focus on education to overcome the complacency.

The counter to this level of financial force is asymmetrical. Information is the proper counter. Again, when conservative Southern Baptists learn SBC Elites hate them—as ERLC trustee Kevin Smith proved so artfully in Anaheim when he called Trump supporting Southern Baptists “political whores” who “bent over” for Donald Trump—then conservatives respond by demanding changes in the SBC or pushing for their churches to leave the SBC.

However, this requires an investment. Conservatives must tailor their information to pastors within 300 or perhaps at most 500 miles of New Orleans. It must involve direct mail along with email campaigns, and online information sources using expensive mailing lists. It must combine the information battle with precise get out the vote efforts that turn outraged Southern Baptists into voting messengers.

Anything less will not produce the necessary increase in conservative voter turnout.

And again, mailing lists and the production of professional materials will require an investment on the part of conservatives.

SBC Elites cannot increase turnout very much because their turnout is already about at the maximum. They depend on denominational employees, sycophants, and leftists. Their numbers are far fewer than the masses of Southern Baptists. Yet, their numbers are more reliable and easier to turnout at convention time. And any surge in messengers promises a more conservative convention, and that is not something SBC Elites want.

Conservatives care. The facts prove it. However, far too many Southern Baptists know what is going wrong in the SBC. If conservatives want to win, they have to change that and do it in the next few months or New Orleans will be another wasted convention—and to borrow from Churchill—another year that the locusts hath eaten.