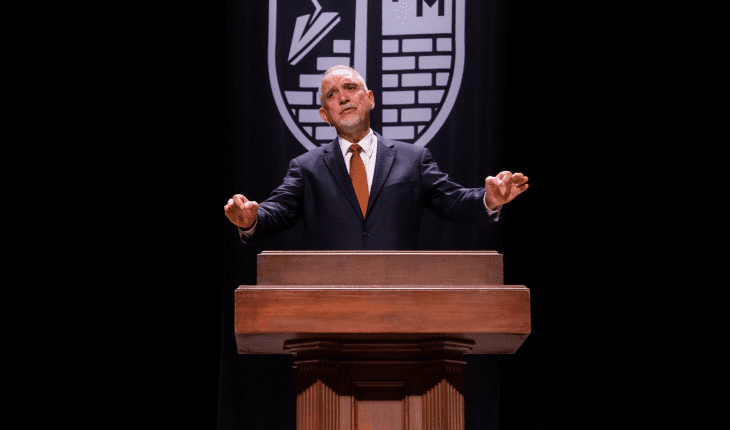 “A lot of people have questions about ‘What should our relationship be with the SBC? Should we continue in it, or should we back up and regroup to contend for things we believe to be vitally important?’ Ascol said. “I’ve received dozens of texts today from pastors who were very discouraged and some who have said, ‘We are gone. We are out. This is it for us.’ I get that, but you should never make major decisions in the moment of heated passions.”

Ascol said that individual churches will make the decision to continue association with the SBC but now is not the time—it’ll be time in the next few months once people can rationally assess the situation.

Ascol encouraged churches wrestling with the issue to “remember what you believe.” And Ascol understands that “God may not direct us all in the same pathways” meaning some conservatives will likely decide to leave the Southern Baptist Convention.

And the situation involves key theological issues that deal with core issues of ecclesiology and how Christians interact with the culture.

Ascol pointed out some of the series problems facing the SBC—for example women pastors.

Much of the SBC’s problem comes from a desire to please the world. In fact, Ascol said he believes the SBC is “very much influenced by this world” rather than being influenced by God.

This fear drives Southern Baptists to not say clear things about issues like women pastors.

“We are afraid to say the things that God has revealed in His word,” Ascol said.

Ascol said we will remain under judgment until we are willing to clearly declare what God’s word says about issues—issues like What Is A Pastor.

Also, the SBC is listening to the “wrong people” on a range of issues including sex abuse.

“Megan Basham wrote an article in the Daily Wire that ought to be read by every Christian and every Southern Baptist especially, because it shows that we have been listening to the wrong people on this Sex Abuse Task Force cover-up stuff,” Ascol said. “There are a lot of things uncovered in that article that every honest Christian ought to dig into.”

Despite all the problems in America, in evangelicalism, and in the Southern Baptist Convention, Ascol is not discouraged. Ascol said because Jesus reigns, he is not “discouraged” nor “despondent.”