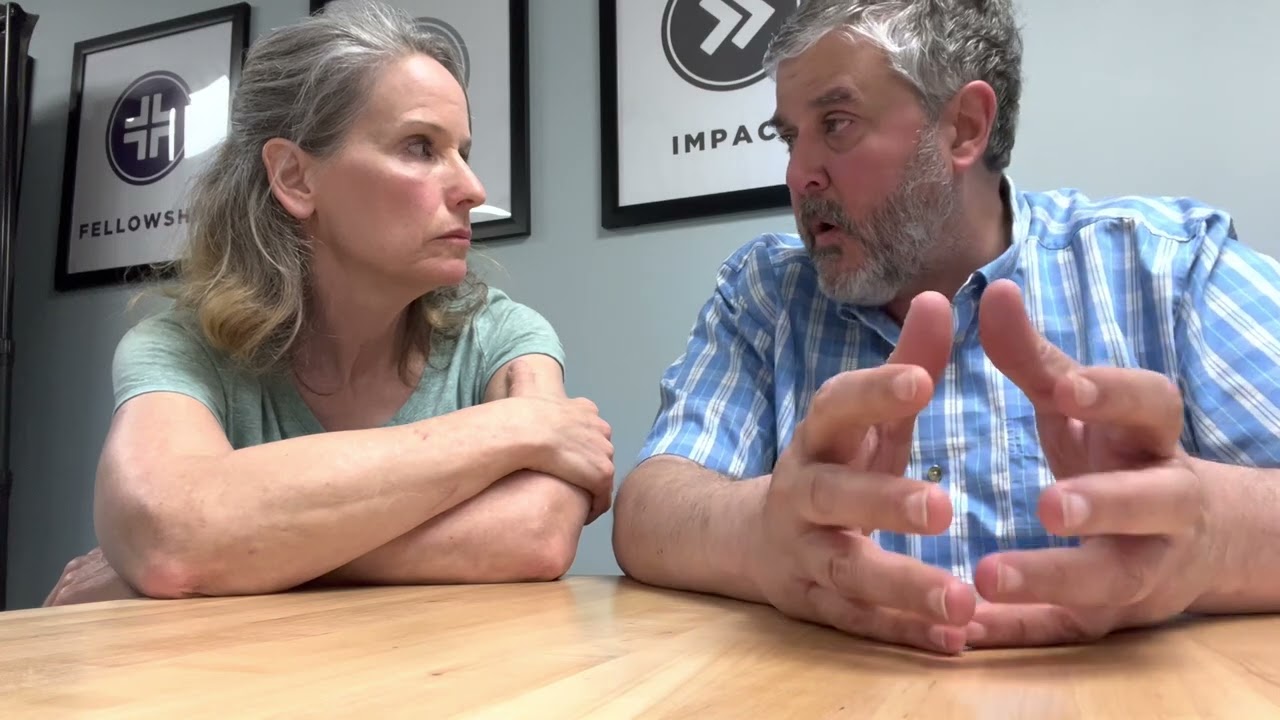 SBC Elites privately shared the story of an abuse victim in attempt to ruin the ministry of Tom Buck, claims his wife Jennifer Buck. Jennifer Buck says her story of abuse before she met her husband was weaponized by SBC Elites.

The Southern Baptist Convention (SBC) kicks off its Annual Meeting in Anaheim today (Tuesday). On the agenda is the election of a new President (the conservative Tom Ascol faces off against the Woke choice Bart Barber.) One of the key issues is the Sex Abuse scandal tarnishing the image of the SBC. Many recommendations are up for a vote—some of the recommendations are leftist denial of due process rights. Yet, one cannot escape the feeling that the SBC is virtue signaling and not committed to actual change.

Last year, the moral panic over sex abuse was created by lies from Russell Moore—lies discredited by an ERLC trustee. Also, the motion to launch an investigation began when a sex abuse survivor claims she was used a political prop by men attempting to further their own ambitions. In other words, many of the people in the Southern Baptist Convention who claim to care about abuse victims only care about themselves and their power. Grant Gaines being one of the worst offenders. However, there are more. Many more. The saga of Tom and Jennifer Buck proves that.

Jennifer Buck: ‘I’ve been used as a weapon against my husband.’

In a powerful video statement released Monday afternoon, Jennifer Buck describes the anguish of being used as a political weapon against her husband, the conservative leader Tom Buck.

“I feel I’ve been used as a weapon against my husband and further abused by my personal information being leaked because others determined smearing him was of more importance than protecting me or the witness of our great testimony,” Jennifer Buck said.

Jennifer Buck pointed out why SBC Elites were passing around her private information of abuse.

“The very fact that someone or a group of people would take my story, which is a redemption story to highlight and reflect the great glory and grace of our Lord Jesus Christ and twist it in an attempt to quiet and destroy Tom’s ministry and character is evidence enough of the callous deceitful and sinful nature of the people we are dealing with,” Jennifer Buck said. “I have had to sit by and watch as Tom has been maligned. I have been made fun of and the intention and purpose of my article has been twisted by an intentional hit piece and not one acting leader has publicly spoken in our defense. We have been hung out to dry by the very people who have the power to change the conversation and the dynamic of the game.”

Jennifer Buck wants to know why some Southeastern Baptist Theological Seminary (SEBTS) professors and leaders are concealing information about those who tried to harm her and her husband.

“This is not about the comfort level of Karen Pryor or Keith Whitfield or anyone else who has not willingly come forward with the information they have regarding the wicked and sinful distribution of my private information. That is information that included the sexual abuse that happened to me prior to ever meeting Tom,” Jennifer Buck said. “The action and inactions of these people have led to me being outed in an arena I was not ready to step.”

Jennifer Buck also spoke of the emotional toll the blackmail attempt took on her and her family.

“I have had to endure the flashbacks of things I had laid to rest years ago and now once again permeate my thinking,” Jennifer Buck said. “I had to sit with my 90-year-old mother, who because of things that were laid to rest so long ago there was no need for ongoing conversation, she had forgotten. It was as if she was hearing it for the very first time. She cried that she had not protected me and afraid that others will assume it was my dad and taint his memory and his ministry. Her generation has not yet caught up to the fact that society now understands these actions are most often committed by those outside the family.”

This is what the carelessness of Karen Swallow Prior, Keith Whitfield, Daniel Akin and many other Southern Baptists have wrought.

And they do not care.

“I have watched other people who have caused my affliction get to bemoan the uncomfortableness they have had to endure due to their own participation at various levels,” Jennifer Buck said. This assessment is not limited to one person but to the several people we know have information that they continue to conceal. Karen has stated she has determined Tom to be an ongoing abusive person, because of that she sees and receives anything he says or does as threatening her. I can confidently say Tom and Karen have had ongoing conversations and they have been pleasant and bantering in nature, but no one is correcting her or calling her to put aside her personal feelings and deal with the issues at hand.”

Also, Karen Swallow Prior is specifically mentioned as skipping the call with the excuse that she was traumatized by this.

“One of the only two known players from Southeastern to appear in this call cries trauma and is excused from the discussion,” Jennifer Buck said.

This is how SBC Elites care for victims.

This is how SBC Elites treat abuse survivors.

This is how SBC Elites sinfully scheme against conservatives.

The sinful conduct of the SBC Elites is not limited to this great sin against Tom and Jennifer Buck. You should read about the evil conduct of Kevin Ezell toward men like Will McRaney and many others. To cover up Ezell’s sinful conduct, both NAMB and the ERLC have misled federal courts. But the attempt to blackmail Tom and Jennifer Buck highlights the hypocrisy of SBC Elites on the issue of sex abuse.

Conclusion: SBC Elites are wicked abusers who hide behind being advocates for victims

Notice a trend here? Hannah-Kate Williams says she was used as a prop. Now, we see those same people who pretend to be advocates for survivors privately sharing Jennifer Buck’s story to harm the conservative pastor and his ministry.

What does that tell you about the Southern Baptist Convention?

What does this tell you about SBC Elites?

To call these people Machiavellian would be an insult to Machiavelli—since the Italian scholar loved liberty and is far more pious than most think (see Machiavelli’s Discourses on Livy for proof of that or James Burnham’s The New Machiavellians.)

The SBC needs real reform. Yes, a Change of Direction is needed. Yet, it needs much more. SBC Elites should repent. They are more interested in destroying people than acting like Christians. Nothing illustrates this better than the way SBC Elites treat Tom and Jennifer Buck.