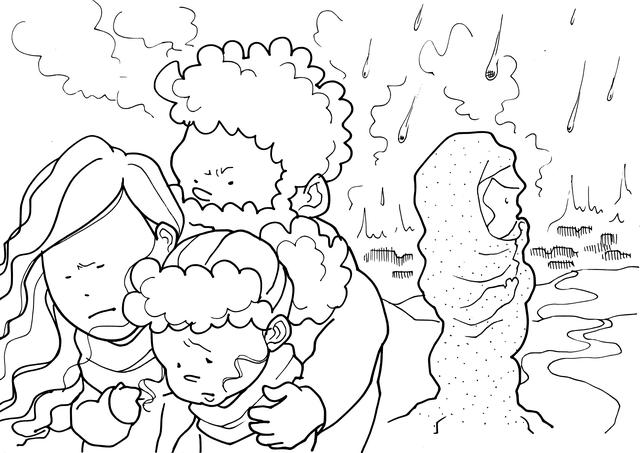 The Race Marxists are now promoting radical pro-LGBTQ ideology in the Southern Baptist Convention. The Russell Moore fanboys tried to destroy the Southern Baptist Convention with Critical Race Theory (CRT) and Intersectionality. Now that churches are aware of that danger—the radicals have moved to a new line of attack—promoting Identity Politics through the Guidepost report.

For more on what all that means—you can read here how Guidepost came out of the closet as pro-LGBTQ—however, it is enough to say that the recommendations come from a wicked and worldly worldview.

Or to put it even simpler: Bad tree, bad fruit.

And the entire report is bad fruit.

Guidepost did not do ‘Good Work’

Did Guidepost do “good work?” as their defenders claim? Of course not. The report is riddled with errors. (Much more on that later.) However, the report outright lied about Mike Stone—and Mike Stone has the proof.

The report accused Mike Stone of doing something—something the documents show the opposite.

According to Stone, “Guidepost published such a defamatory accusation against me, all on the basis of a letter I wrote, a letter that was offered to them through a blanket offer of documents, but one they did not request. I have a sneaky suspicion for why this biased firm did not want to see a copy of the letter. It says exactly the opposite of what they accuse. Opposite of what they wanted and needed it to say.”

Guidepost wanted to push a narrative. So, they ignored the context and Stone has evidence that Guidepost was wrong—significantly wrong. And this no doubt comes out of Guidepost’s worldview (and the people who hired them.)

Stone responded to the revelation that Guidepost was pro-LGBTQ+, “Guidepost isn’t a Christian ministry. And they are not a parachurch organization. But I am sure they are unbiased and objective as they bring their authentic selves to work to help investigate Southern Baptists.”

As we predicted, the Sex Abuse Task Force report would be highly partisan. We knew this because disgraced liar and plagiarist Ed Litton (who made the front page of the New York Times for the Sermongate plagiarism scandal) appointed radicals to the committee. One of the radicals was Bruce Frank. Frank smeared conservative Southern Baptists.

And Frank openly lied on Twitter about the association of Guidepost with the Southern Baptist Convention.

In fact, three years and the ERLC’s trustees approved $250,000 to begin this assessment work with Guidepost.

According to this report, “Thursday’s vote by the ERLC’s trustees to select Guidepost came in an online meeting…The trustees also passed, again without opposition, in that meeting a motion to designate $250,000 as an initial commitment for the assessment… The motion referred to the ERLC called for the assessment to take place during the next three years. Based on the motion, Guidepost is to assess ‘reports of sexual abuse and allegations of mishandling abuse, from voluntarily participating churches, victims, and witnesses.’ The ERLC is to report on the preliminary findings in 2022 and 2023 before offering a final report with recommendations at the SBC’s 2024 annual meeting, according to the motion.”