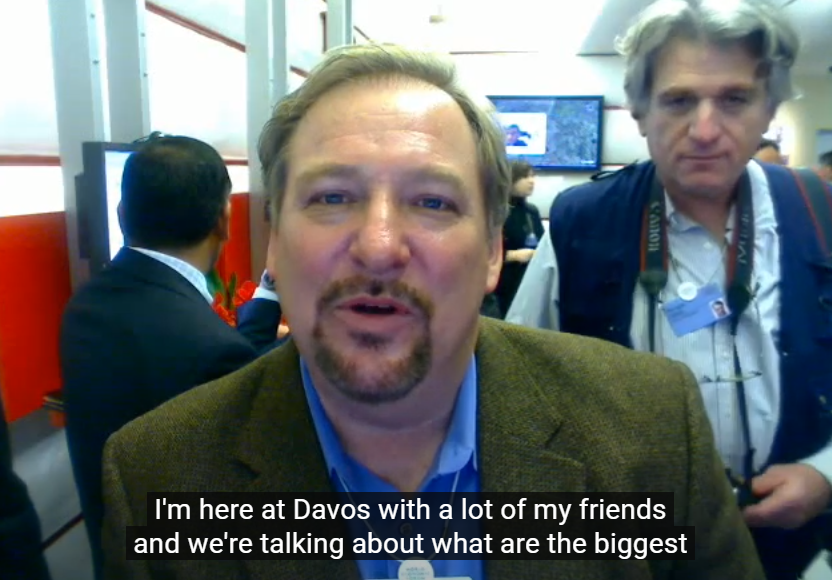 And we noted that Warren is a stooge for the Great Reset pushing World Economic Forum.

In case you didn’t know, Rick Warren spoke at the 2008 World Economic Forum about how to use the church during a Pandemic.

Yes, way back in 2008 Rick Warren was preparing to exploit the church to help expand government power during a crisis.

Rick Warren was part of the 2020-2021 US government push to educate churches about how the pandemic. In fact, as Megan Basham of the Daily Wire reported Rick Warren’s relationship with the new disgraced Francis Collins dated back to meetings at the WEF.

The Daily Wire reported, “During Saddleback Pastor Rick Warren’s special broadcast with Collins on behalf of Health and Human Services, he mentioned that he and Collins first met when both were speakers for the billionaires and heads of state who gather annually in Davos, Switzerland for the World Economic Forum. They reconnected recently, Warren revealed, at an ‘off-the-record’ meeting between Collins and ‘key faith leaders.’ Warren did not say, but one can make an educated guess as to who convened that meeting and for what purpose, given the striking similarity of Collins’ appearances alongside all these leading Christian lights.”

Rick Warren also recently ordained women into ministry at his church—something in direct violation of the Southern Baptist Convention’s confessional statement the Baptist Faith and Message 2000.

As noted above, David French previously re-tweeted support for Bart Barber’s presidential bid. It forces us to ask: What are leftists and globalists doing supporting Bart Barber?

It is because Barber is a faithful supporter of lifelong Democrat Russell Moore.

It is because Bart Barber is for more immigration and penned an op-ed in the Washington Post against Stephen Miller and Donald Trump’s border policies.

If you are worried about a Leftist takeover of the SBC—here is your ultimate proof—just look at all the Elites supporting Bart Barber.