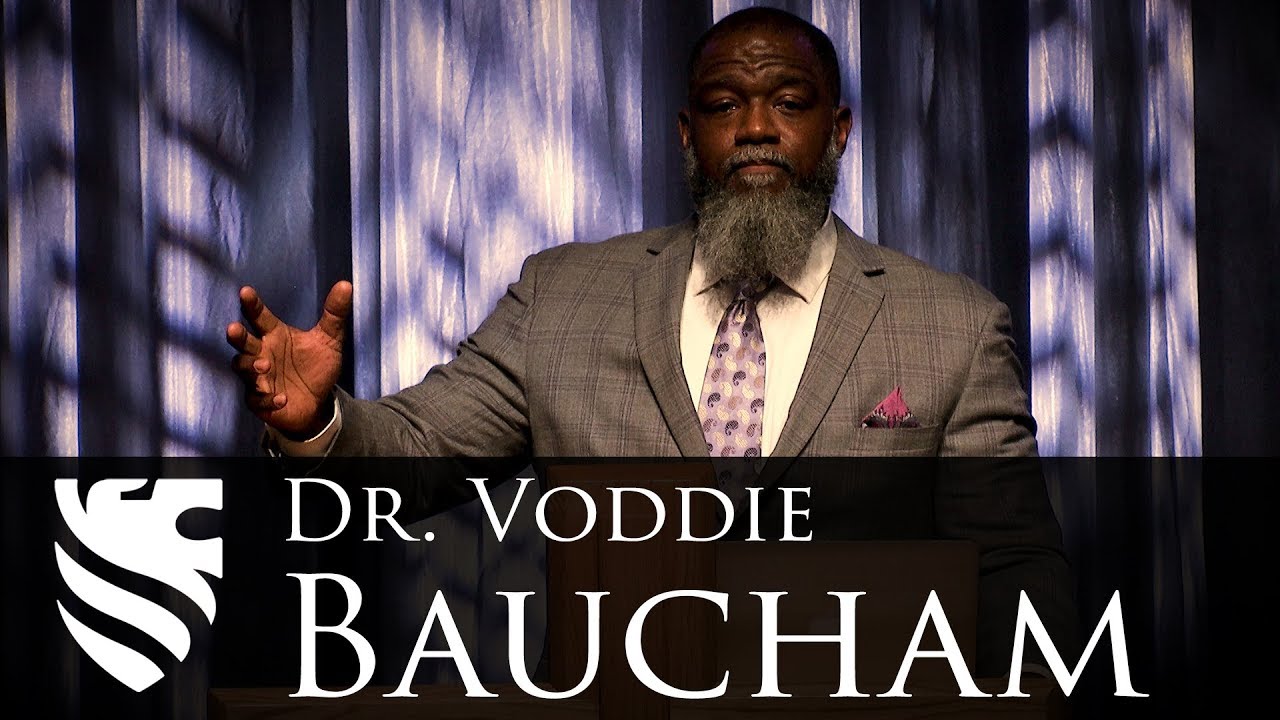 He continued, “Right. Just saying his views are very unpopular among most Black Christians. His audience is overwhelmingly conservative white Christians. Not much progress likely to come from that.”

And the cherry on top of the Wokeness, “In other words, none of the Af American pastors who left the SBC last year would come back for Baucham. It would reinforce why they left. (‘You can only be Black in the SBC if you adopt white beliefs about social issues.’)”

Turning that last comment around for a moment, in Vischer’s view, Voddie Baucham is not an authentic Black Man because he holds a non-Leftist view.

This drew some pushback.

One twitter user said, “You either don’t see how racist that tweet is, or you don’t care. Both options are disturbing.”

Vischer is the latest example of what Dr. Lee Brand said of his experiences dealing with SBC Elites. Brand, a black man, said he was the wrong sort of black man.

Indeed, for Leftists the right sort of black man is someone who is Woke and adopts policy positions amenable to Democrats. And this is exactly what Dr. Voddie Baucham said a few months back in an Q&A with the Capstone Report.

According to Dr. Voddie Baucham, “As to the way the SBC can treat people; I am well aware that this is a ‘contact sport.’  I also know how the game is played.  If I were ordaining women, condoning abortion on demand, hosting Democrat candidates in my pulpit, promoting liberation theology, CRT, BLM and/or the LGBTQIA+ agenda, the SBC elites wouldn’t lay a glove on me.  They would be too afraid that I would play the race card and threaten to leave the Convention in a huff.  However, as a conservative, I am fair game.  Well-positioned black pastors in the SBC will employ the CRT tactic of denying the authenticity my ‘black voice’ while white SBC elites who are guilty of the ‘soft bigotry of low expectations’ will pat those pastors on the head and train their guns on me.”

Vischer, the evil man who inflicted Veggie Tales on parents and now a co-host of the Holy Post Podcast, made the comments on Twitter. He routinely holds positions that are left and punches at Christians on his right. He is yet another illustration of our Leftist Detector (Pas d’ennemi à gauche.)

As Dr. Voddie Baucham’s name surfaced in the last few weeks (reminder: we floated the possibility of Baucham as SBC President in mid-January), it created gnashing of teeth among the Woke, Crypto-Woke, and Leftists in the Southern Baptist Convention.

The former Southern Baptist who endorsed Joe Biden raised sleazy allegations linking Dr. Baucham to plagiarism allegations (proven false) and abuse at Baucham’s old church (something that happened after Baucham was on the mission field).

Yes, we aren’t dealing with Christians here. These are Leftists. These are the people who were fine with a disgraced, unrepentant Ed Litton serving as SBC President.

Rod Martin, a leader of the Conservative Baptist Network, made a comment on the Voddie Baucham firestorm.

Martin said, “Well, after two days of tweets like this, I guess we all know who you guys would be afraid of. Thanks for the free focus group.”

Martin is right. The fear is palpable.

Baucham is unpopular with the Woke for the simple reason that Baucham denies key teachings of standpoint epistemology—the necessary ingredient for creating Leftist-type racial hierarchies. (Think class consciousness in classical Marxism that leads to a dictatorship of the proletariat.)

Baucham’s views are rejected by the Woke because Baucham denies his experience as a black man gives him special access to truth (racial Gnosticism). Baucham does not deny people have different experiences; however, Baucham denies that truth resides in the experience of the victim. Instead of a class-based truth or racial-based truth, Baucham holds to a classical view. Namely, that truth is objective, absolute, and accessible to all humans regardless of class or race.

The reason someone like Vischer and other Leftists diminish Candace Owens and now Voddie Baucham is because Owens and Baucham demonstrate that each of us are individuals and not mindless members of Marxist-inspired categories of oppressed or oppressor.

Owens and Baucham think for themselves. Both are successful. They appeal to all races because they speak to shared values—things like life, liberty, and virtue.

This is what America and the Southern Baptist Convention needs now more than ever.