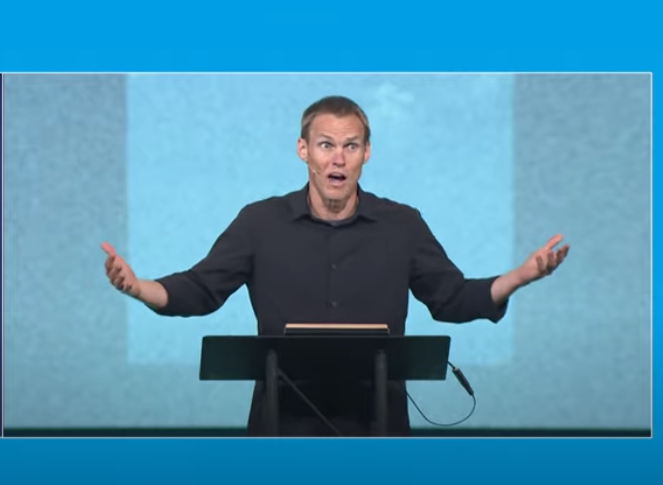 BREAKING: Lawsuit against David Platt, McLean Bible Church allowed to move forward. Judge dismisses claims made by David Platt & McLean Bible Church as trying to fit a round peg into a square hole. Judge says despite Christianized language the issue is not ecclesiastical or theological but whether or not ‘shenanigans’ took place in church election.

Church members applaud ruling as a step in the process ‘to restore free and fair elections’ to McLean Bible Church.

In a lawsuit to defend the voting rights of members of McLean Bible Church, the dissident conservative members won a victory before a Fairfax Circuit Court judge Friday, December 3, 2021. McLean Bible Church filed a motion to dismiss the lawsuit by claiming the dispute involved religious issues. Judge Thomas P. Mann rejected McLean’s arguments and denied the motion in a bench ruling.

“I considered writing an opinion, but given what has been presented, I don’t find the issues to be novel or groundbreaking,” Judge Mann said. “The motion to dismiss is denied…While the defendants do scatter terms such as theology, prayerfulness, doctrine, specific books of the Bible and interpretation of the Scripture throughout its papers to put really what is a round dispute over the church constitution and adherence to that constitution into the square hole of the First Amendment. That is really what is happening here with this motion. Really per the complaint (the issue here) is whether the procedural requirements of the church’s constitution were followed or whether there were shenanigans in order to produce a pretextual result.”

Also, at dispute in this case was the move to end the Secret Ballot in McLean Bible Church elections. Some church members claimed at the time (and the lawsuit alleges) that this was a move “to intimidate” some staff members to vote the way leaders wanted or face retaliation.

These are claims as the judge noted that are not theological or doctrinal but squarely in the realm of process—a process guaranteed in the contract of the McLean Bible Church constitution.

The plaintiffs were pleased with the ruling.

“We are pleased that the Court is allowing this case to move forward. Defendants have repeatedly violated MBC’s constitution, and trampled on the rights of their membership to have an honest vote to choose their leaders,” lead attorney for the plaintiffs Rick Boyer said in a statement to the press. “We are pleased that the Court saw through the transparent efforts of Defendants to use Christianized language to cloak their most unchristian efforts to prevent a free and fair vote under the MBC Constitution.”

One plaintiff celebrated the win as a victory in the fight to restore free and fair elections.

“We as members of McLean Bible Church are grateful for the Court’s ruling today,” said plaintiff Steve Gaskins. “The fight to restore free and fair elections for all members of MBC will move forward. Today is a victory for truth and transparency.”

Another plaintiff said the ruling is about restoring the rule of law.

“We thank God for today’s victory,” said plaintiff Roland Smith. “Today’s ruling is a critical first step in restoring the rule of law and ensuring that critical voting rights protected by our church constitution will be preserved for all McLean Bible Church members.”

Next up: More pretrial hearings and discovery

The lawsuit can move forward with the court applying “neutral principles of law” to the dispute over McLean Bible Church’s Constitution. Next up additional pretrial hearings on December 17, 2021.

Also, plaintiffs have made discovery requests.

As we’ve noted in other reports, discovery is the thing that scares Big Evangelical leadership the most. They attempt to avoid this at all costs. In fact, Elites fear discovery so much they have in the past filed false motions with the Fifth Circuit Court of Appeals and even mislead the Supreme Court.

Once discovery begins, we will enter perhaps most interesting phase of the case. What did David Platt know and when did he know it? What are the connections between the North American Mission Board and McLean Bible Church leaders?

If David Platt was upset in July, just wait for the next couple of months. Justice is often tardy, but Justice surely always arrives.