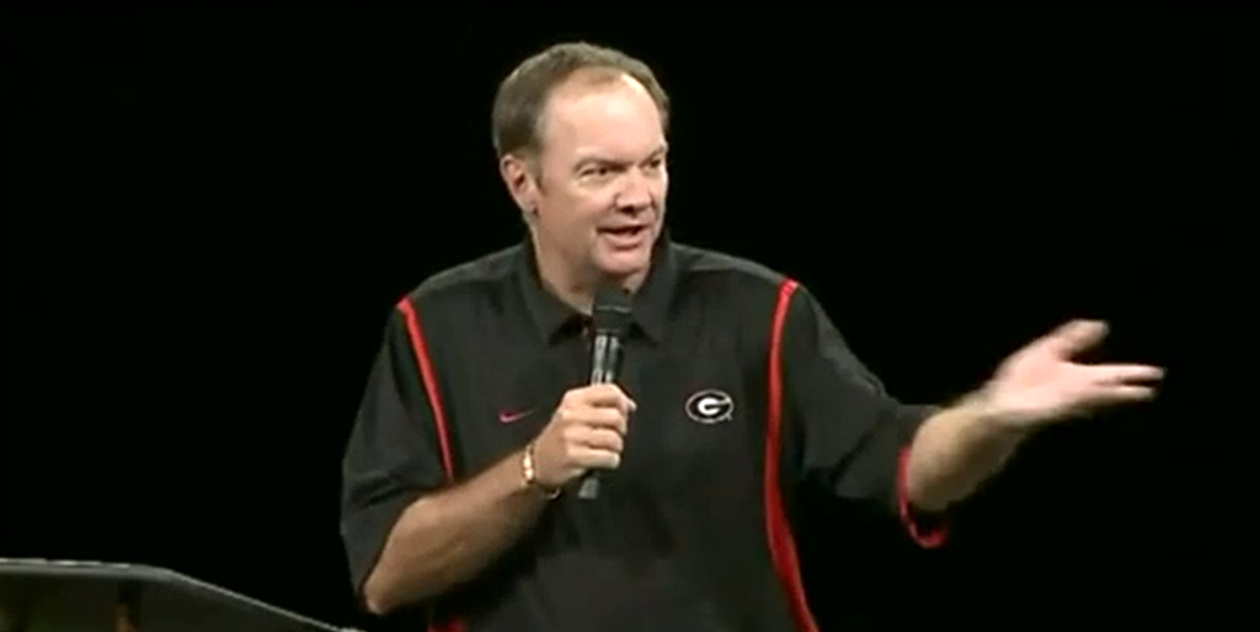 If James Merritt cared as much about the Gospel as he cares about promoting pyramid schemes, we would win the world to Jesus!

Unfortunately, Merritt is more interested in virtue signaling than anything.

In a video provided to the Capstone Report by a tipster, James Merritt appeals to the individual’s duty to glorify God as a reason to participate in what the Federal Trade Commission later labeled a pyramid scheme.

This video excerpt of a longer presentation begins appealing to the Christian desire to serve and glorify God as a reason to join what was later declared a pyramid scheme.

Merritt said that as a pastor his focus is always on Christ and that his task is to help build Christ’s kingdom. He also related how he came to be involved in the business opportunity—his friend approached him. Merritt said he thought and prayed about it for a time before committing the business.

“First of all, I saw an opportunity where I could make more money that I could give to God’s work,” James Merritt said of what the FTC later called a scam.

Merritt said that he did not need the money from this business because the church “is good to him” and he has a lot of speaking engagements and is also “careful” with his money. However, the opportunity to earn more to give to God was his motivation.

There was one other reason he became involved.

“What really turned my fire on was that this is an opportunity to give people hope,” James Merritt said. “Let me tell you something that has happened to me as a pastor that has happened more in the last year-and-a-half than it happened in the prior ten or fifteen years of my ministry. It used to be when people would come up to me with tears in their eyes after a service, I always knew what was coming. I’ve got cancer. My wife has left me. My kids are on drugs. I still get quite a bit of that. Don’t misunderstand me. But let me tell you what I have heard more in the last year-and-a-half than the last fifteen years put together. Now when they come to me, ‘I’ve lost my job. I’m about to lose my house. I can’t make my car payment. I don’t know how I’m going to buy groceries for my family next week.’ And so, for the first time in my ministry rather than simply saying, ‘Well, let me pray for you.’ I now have an opportunity to say, and I don’t use the church to promote it, I just simply say, ‘I’ve got an opportunity I’d like you to look at and all I want is 30 minutes of your time.’ I’ve been able to help person after person after person.”

According to the Federal Trade Commission and several state attorney generals, the Fortune Hi-Tech Marketing (FHTM) business was not a great way to earn money. In fact, it was a classic pyramid scheme.

The FTC said in a press release shuttering FHTM, “More than 81 percent of the payments to participants were based on recruiting new members and not for the sale of products or services. Not surprisingly, at least 94 percent of consumers did not renew their membership after their initial year.”

Dr. James Merritt dismissively said at the SBC Annual Meeting, “If some people in this room were as passionate about the Gospel as they are about Critical Race Theory, we would win this world to Christ.”

Perhaps, if James Merritt was not such a grifter and virtue signaler, the SBC might better deal with complex issues like the evils of Critical Race Theory. Instead, Merritt prefers to insult people on Twitter by calling conservatives “dogs.”

Previously, this vide was posted on the Internet and disappeared. Let’s see if they try it this time.