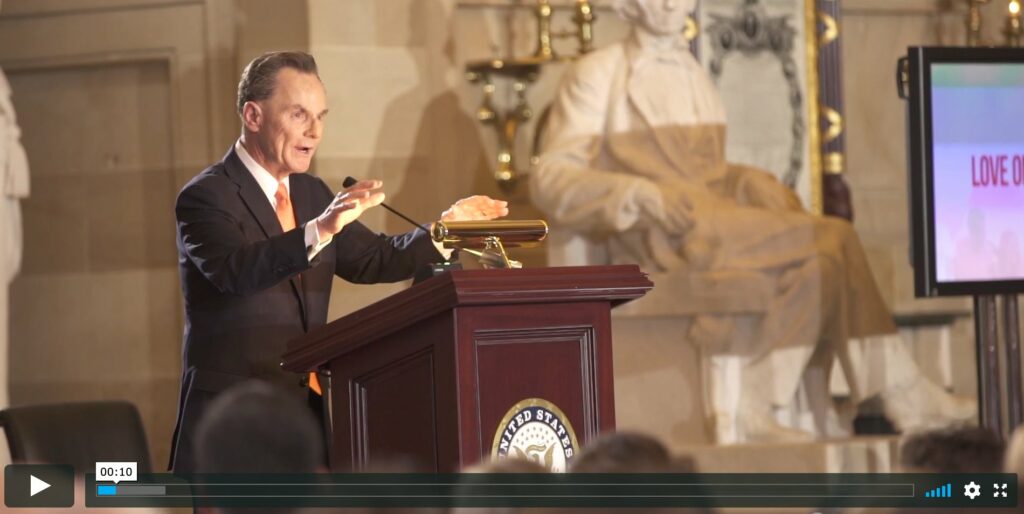 Who was the alleged SBC staff member telling the ERLC that the EC’s investigation of Russell Moore and the ERLC did not represent the concerns of ‘most EC members?’

Someone around Ronnie Floyd is working hard to make Ronnie Floyd look bad. Now it appears someone on the EC Staff was insulting the Executive Committee’s probe of the ERLC. In a whistleblower email published first by the Capstone Report, an ERLC trustee unloaded on the political scheme of Dr. Russell Moore to damage the Southern Baptist Convention. In that email, was a note that highlights the dysfunction of the Executive Committee staff and its apparent disloyalty to Ronnie Floyd and the EC itself.

According to the whistleblower email, “He (David Prince) said my letter prompted him to reach out to an unnamed staff at the Executive Committee. That staff member, he said, assured Dr. Prince that the SBC EC investigation would go nowhere, and that the investigation did not represent concerns of most SBC EC members. Dr. Prince insisted that any problems were limited to a few angry voices, and that Dr. Moore’s relationship with the SBC EC organization, Dr. Floyd, and most members was good.”

Now, David Prince could be telling a lie here. That is entirely plausible given how Prince and Moore acted. Let’s quote from the whistleblower email to highlight this.

According to the whistleblower, “The best explanation for the facts is that the letters were drafted for public, not private, consumption. The point was to shock and dismay SBC Messengers before an annual meeting, to produce political ends. Angry messengers might subject the SBC EC to an outside investigation, an escalation of the ‘psychological terror’ that the SBC EC had imposed on Dr. Moore.”

So, given that Prince is a liar (which reminds us that we must ask, why is he employed at an SBC seminary?) isn’t it plausible that Prince simply made up this too?

After all, liars are going to lie. Remember when Russell Moore lied about being attacked while covering the meeting of the Cooperative Baptist Fellowship (CBF)? Moore is now simply lying about the SBC.

And of course, the ERLC trustee chairman lied to the board.

However, Moore’s letters described something that was certainly not good nor functional.

Again, the whistleblower explains, “SBC EC members have a culture where ‘countless children have been torn to shreds, where women have been raped and then ‘broken down.’ • A figure from the SBC EC said: ‘We know we can’t take you down…This is psychological warfare…’ • An alleged group at the SBC EC that ‘want me’ to ‘provide cover for racial bigotry and child molestation.’ • The SBC EC had members engaged in ‘guerilla attacks’ and ‘toxic sludge.’ • ‘I am now [in Feb. 2020] realizing that some of those screams were my own, and those of my family.’ • ‘I think to be the subject to all of this that goes on in secret makes me complicit with what is evil.’ • ‘…the Southern Baptist Convention must change. Asking me to live through all this is one thing. Asking me to be quiet about bigotry and molestation, for the sake of some title, is too much to ask.’”

So, now that we’ve established that Russell Moore and David Prince are liars, should we believe Prince’s characterization of a phone conversation with some Executive Committee employee?

At this point, given the lies and the leaks, the wisest course of action would be to verify. Ronnie Floyd should get all the SBC EC emails between Prince and any staffers and look at call logs involving any EC phones and see if there is any evidence for this conversation.

This would have two benefits. First, it would let us know if Prince is telling the truth. Second, it might go a very long way to exposing those who work for the Executive Committee who are doing Russell Moore’s bidding.

It is time for conservatives to become politically wise. Stop allowing lifelong Democrats like Russell Moore and his cronies to win these games. Recognize them for the enemies they are—after all, what they are doing is helping damage the Church and they are doing it out of spite.