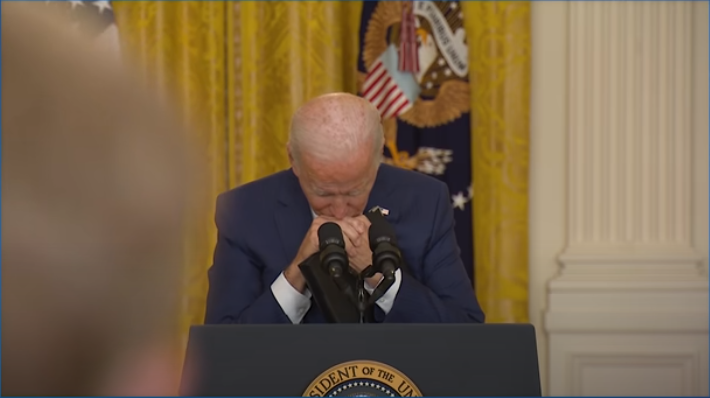 News broke that North Korea restarted its nuclear reactor. This likely means increased tensions in that part of Asia, as the Financial Times reports.

According to FT, “Analysts said the restart of activities at Yongbyon could herald the first step by Pyongyang towards an escalation of military hostilities in an attempt to ease sanctions.”

Perhaps, tyrants around the globe have taken notice of the feckless Biden regime in Washington, DC. Perhaps, the autocrats (like Putin) and totalitarians (like China and North Korea) feel the US, or at least its leadership, is in decline.

There is a growing sense that not only is the Biden Administration incompetent but that the US is racked by internal strife. There is a reason China is promoting Critical Race Theory to Americans.

This is important. Internal divisions can weaken the US on the global stage.

Note carefully what Francis Fukuyama said in The Economist. He warns of the dangers of partisanship escalating. This will only weaken the United States.

According to the respected political scientist, “The much bigger challenge to America’s global standing is domestic: American society is deeply polarized, and has found it difficult to find consensus on virtually anything. This polarization started over conventional policy issues like taxes and abortion, but since then has metastasized into a bitter fight over cultural identity…These conflicts have spread to all aspects of life, from sports to the brands of consumer products that red and blue Americans buy. The civic identity that took pride in America as a multiracial democracy in the post-civil rights era has been replaced by warring narratives over 1619 versus 1776.”

And we should fear when this division spreads from internal political issues and into foreign policy.

Kissinger warned about the dangers of partisanship that hit the US starting in the 1960s.

According to Kissinger on Kissinger, “When I was a graduate student in the fifties, Harvard was 90 percent Democratic, as it has remained and maybe increased, but when Republican Cabinet members showed up at Harvard, they were treated with respect. The political debate in America in the fifties and early sixties was about the adequacy of policies. Sometime in the sixties, the political debate turned into a debate about the motivation of leaders and their inherent moral adequacy.

“And it became fashionable to accuse presidents and Cabinet members of representing immoral systems against which any kind of violent demonstration was not only permitted but necessary. So, this tendency of trying to squelch opposing views became a dominant view.”[1]

Kissinger was even more explicit in Diplomacy about the risks when partisanship includes foreign policy disputes. He compared the partisan divide over Vietnam with the partisan divided over the Korean War. In Korea Kissinger explained, the partisan debate was over continued war or escalation of the war to total victory. In Vietnam, Kissinger said the debate was between abject surrender or peace with honor.

Naturally, those political forces at work led to different outcomes. The consensus on Korea led to reestablishing the status quo ante.

The lack of consensus on Vietnam led to ultimate failure–even after the Peace Accord.

North Vietnam conquered South Vietnam. While it is economically thriving, there was significant pain for many Vietnamese who depended on the US.

The best way to avoid this is to have a healthy partisan system as the UK exhibited through most of its great period (though there were notable exceptions) and the US showed through the Cold War. We do not have that today.

Is this possible given the current state of American society?

It seems unlikely that the US can emerge from its Woke Cultural Revolution unscathed. Most of elite society and American institutions are arrayed against about half the country. The deplorables are going to be purged and then crushed into compliance.

This will have geopolitical consequences.

That means the US will pay forfeits to its Great Power rivals if elites continue to pursue a policy to enforce a new Woke orthodoxy.

At this moment in time, US banks are declaring people like Gen. Michael Flynn a “reputational risk” and denying banking services. Flynn joins a growing list of people that are declared unfit for society.

As Vivek Ramaswamy explains in his new book Woke, Inc.: Inside Corporate America’s Social Justice Scam, progressives in government are happy to use private corporations to carry out censorship that government itself is prohibited from doing.

This is most evident in the way Facebook and Twitter regulate speech unfavorable to Democrats—something Ramaswamy covers extensively in his excellent book. However, that is not all. Ramaswamy also covers the Woke scam at banks. In exchange for benefits, banks are happy to do the Woke Elite’s bidding. It is rent seeking perfected for the 21st century.

Until the Woke Culture War ends, there will be increased geopolitical danger.