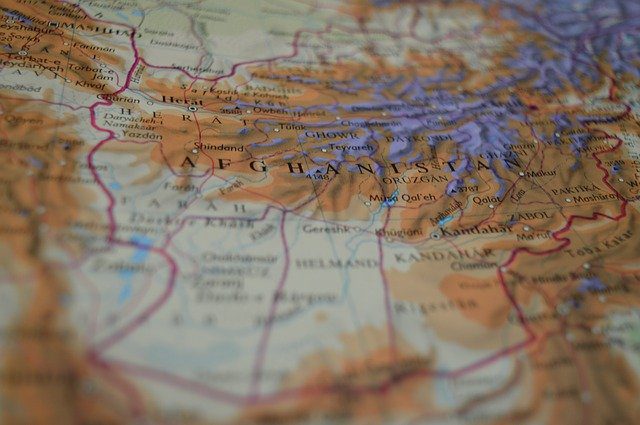 It all boils down to how good the vetting is and some including Sen. Ted Cruz are skeptical.

Churches and Christian charities are fundraising to help resettle Afghani refuges as Afghanistan falls under Taliban rule. Joe Biden’s bungling withdrawal of US forces led to the speedy fall of Kabul, capital of Afghanistan. Now tens of thousands of Afghani refugees are fleeing to the West and that brings security concerns.

According to this CNN report, “The Department of Homeland Security is tracking three primary threats, including whether individuals abroad in Afghanistan, who are associated with ISIS or al Qaeda, could use the relocation process as a way to enter the US, according to a federal government call with law enforcement partners on Friday, obtained by CNN.”

In other words, there is a specific danger that bad actors might exploit the missions of mercy currently underway. America’s work to save our Afghani friends carries with it a risk—a risk that some Christian organizations seem to ignore.

One church fundraising off this tragedy is McLean Bible Church. It tweeted this:

The church is fundraising to help resettle and even pay legal expenses to help the refugees “receive SIV status.”

Other Christian groups are doing similar things. Send Relief announced its major effort. The Southern Baptist Convention’s North American Mission Board (NAMB) announced it too was working with World Relief to connect churches with Afghanis families resettled in the US.

World Relief is notorious for its open borders work and its involvement with the George Soros funded Evangelical Immigration Table.

However, are these groups asking important questions about security? Are they in fact helping seed America with potential terrorists?

Once again, Americans are assured that these refugees are being vetted.

“There’s an extensive screening and vetting process that is in place for those who are being relocated to the United States,” DHS Intelligence chief John Cohen said, according to CNN.

Yet, how extensive can the screening and vetting be with most Afghani records now under the control of the Taliban?

Much of the burden apparently falls on the FBI to handle secondary screenings.

Fears that these screenings are incomplete were raised by Sen. Ted Cruz (R-Texas).

According to Fox News, “I’m very concerned that the Biden administration is bringing tens of thousands of refugees into the United States without thoroughly vetting them.”

And Fox reported, “With more refugees coming to the U.S. by the day, Cruz claimed insufficient vetting ‘is an invitation to terrorist attacks here in the United States.’”

Also, Christians should ponder whether resettlement to the US is the best option for refugees. In fact, some suggest resettlement in nearby countries would be better for the refugees.

Cruz brought up the point about third country sanctuaries for refugees.

He said, “I agree with getting them out of harm’s way. I just think we ought to be getting them to a safe, neutral third country rather than making the United States vulnerable and when the vetting is haphazard…When it is done in an emergency rapid process that invites mistakes… it only takes a handful of suicide bombers to be included with the mass of refugees for us to face horrific terrorist attacks here at home.”

In any case, US security interests will boil down to how good the vetting process is. The Biden Administration claims it is good. Sen. Cruz and others worry it is not.

This should cause Christians to think very carefully before giving—our giving should be to do what is in the best interest of the refugees and our fellow citizens.

Also, giving should prioritize Afghani Christians over all others.