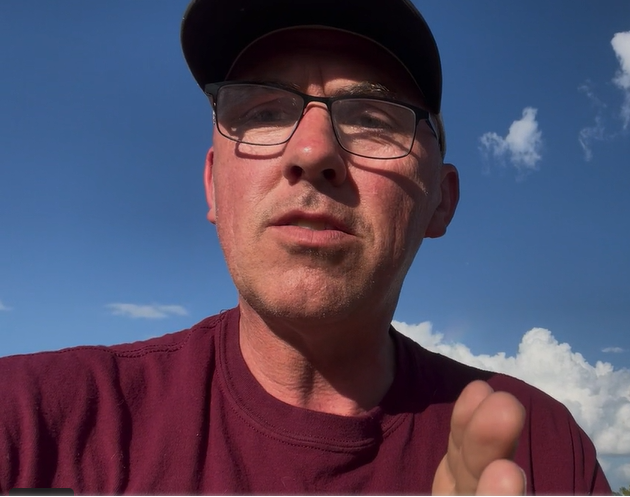 Showing just how far down the Woke Path the Southern Baptist Convention (SBC) is going, Pastor Bart Barber accused religious broadcasters of dividing the church by spreading lies and conspiracy theories. He provided no evidence and named no specific broadcasters—so it is a generic slander against an entire group of conservative evangelicals. You know, typical of how Progressive politicians work. Amazing to see from an SBC pastor.

Barber said in a video posted to Vimeo, “We are working constantly to try to get members of our churches to do just what Dan said, feel free to have opinions and feel free to articulate them but respect one another’s freedom of conscience. And it is all the more difficult to do because some of these religious broadcasters are filling our church member’s heads full of lies and conspiracy theory crap that causes them to come into our churches and fight with one another. They are a source of division in churches and they are making the jobs of pastors like me more difficult. That wasn’t always the case for religious radio and religious TV. There was once a time when it was a great source of truth and something that was encouraging—that a pastor could say, That I want you to listen to American Family Radio. That I want you to listen to people who are part of the National Religious Broadcasters Association, but it is increasingly becoming clear that they are happy to divide your church if doing so will unite a political party or will unite their audience.”

Of course, he provided no proof or specific names in his slanderous rant. The only outlets mentioned was American Family Radio. Apparently, AFR triggers Woke Leftists and gets attacked regularly from the likes of The Gospel Coalition.

So without specifics, it becomes like so much, to borrow his word, “Crap” that Big Evangelicalism and its sycophants spew at actual conservatives.

Does anyone have this guy’s video warning the Woke Leftists to stop dividing America’s churches?

Barber’s political rant against conservatives came in response to the National Religious Broadcasters (NRB) firing its Sr. VP of Communications. According to RNS, Daniel Darling, a former ERLC employee, was fired because the organization adopted a neutral position on vaccination and Darling was actively promoting vaccinations.

Darling wrote a column on the topic and appeared on—wait for it—MSNBC’s Morning Joe.

That should be a fireable offense for any conservative Christian.

Just to make it a little clearer: The guy who worked to elect Hillary Clinton by suppressing conservative Christian Republican voters in 2016 supports Darling.

According to Russell Moore, “This is inexcusable.”

That tells you all you need to know.

It is the Wokesters who are dividing the church by bringing their Progressive politics into it. This is James Lindsay’s Iron Law of Woke Projection at work—Leftists are accusing conservatives of bringing politics into the church when it is the progressives who are doing it.

Any “Pastor” who claims the name should be fighting the Woke as the Church and Christian Civilization itself battles against the forces seeking our destruction.

Instead, some “pastors” are making Vimeo videos attacking conservative voices on the radio.

Let the reader understand the times in which we live and the enemies we now face.