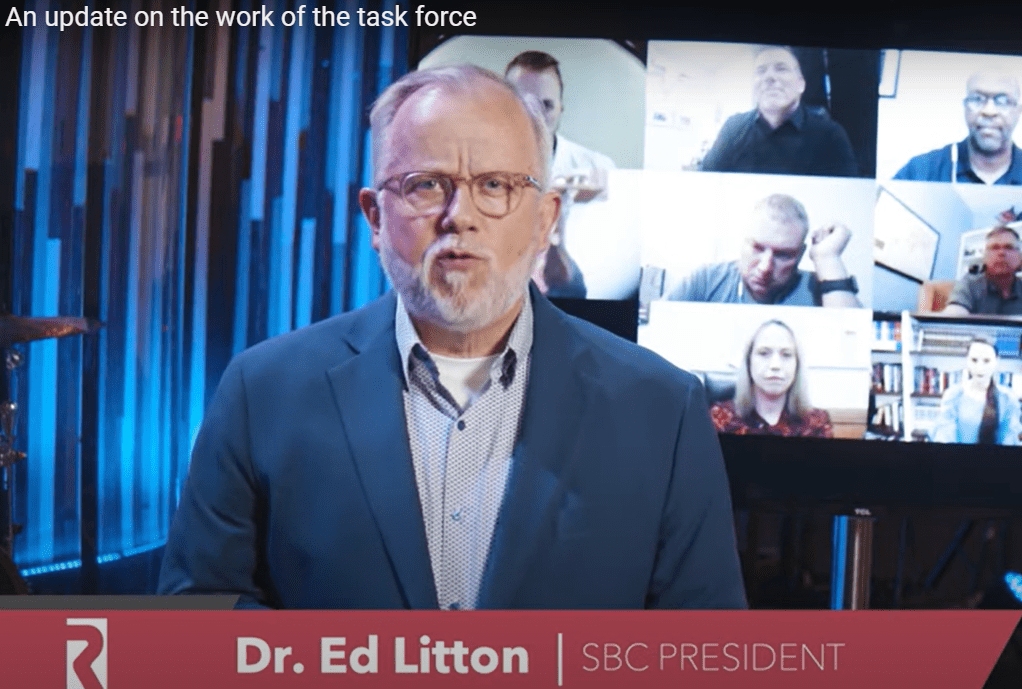 Southern Baptist Convention President Ed Litton attempted to distract from his Sermongate lies and admitted plagiarism in a new video release. In the video, the liar and thief SBC President discussed a new investigation of sexual abuse in the SBC. However, how can anyone trust this liar with investigating anything?

Also, you can see in the video that Litton is trying to communicate his intention to continue as SBC President despite disqualifying himself from the office and his role as local pastor.

“This is going to be a long year,” Litton said, telegraphing his desire to force the SBC to deal with a liar and thief as SBC President.

The most hilarious part of the video is when the disgraced, admitted plagiarist calls for repentance.

“Pray for our own hearts that we will be prepared to receive the truth, to repent humbly where repentance is needed,” Litton said, showing he has no grasp of his own need to repent of his lies and plagiarism.

Ed Litton was called out in the YouTube comments for his attempt to distract Southern Baptists from his lies and stealing.

Justin Peters said, “Ed, you and I went to the same seminary. We would have been kicked out on our ears for doing less than 1% of the plagiarism you have done (rightly so). Do you believe that it is ethically consistent for you to be serving as president of the SBC when any seminary student would be kicked out for doing far less? Also, how is it that you told WKRG local news that the accusations against you of plagiarism have come from ‘unnamed sources’ when you know that is a lie? Many, many sources have publicly offered their names, me included. I do hope you will respond.”

What does the Bible say about liars?

Will Southern Baptists tolerate it?