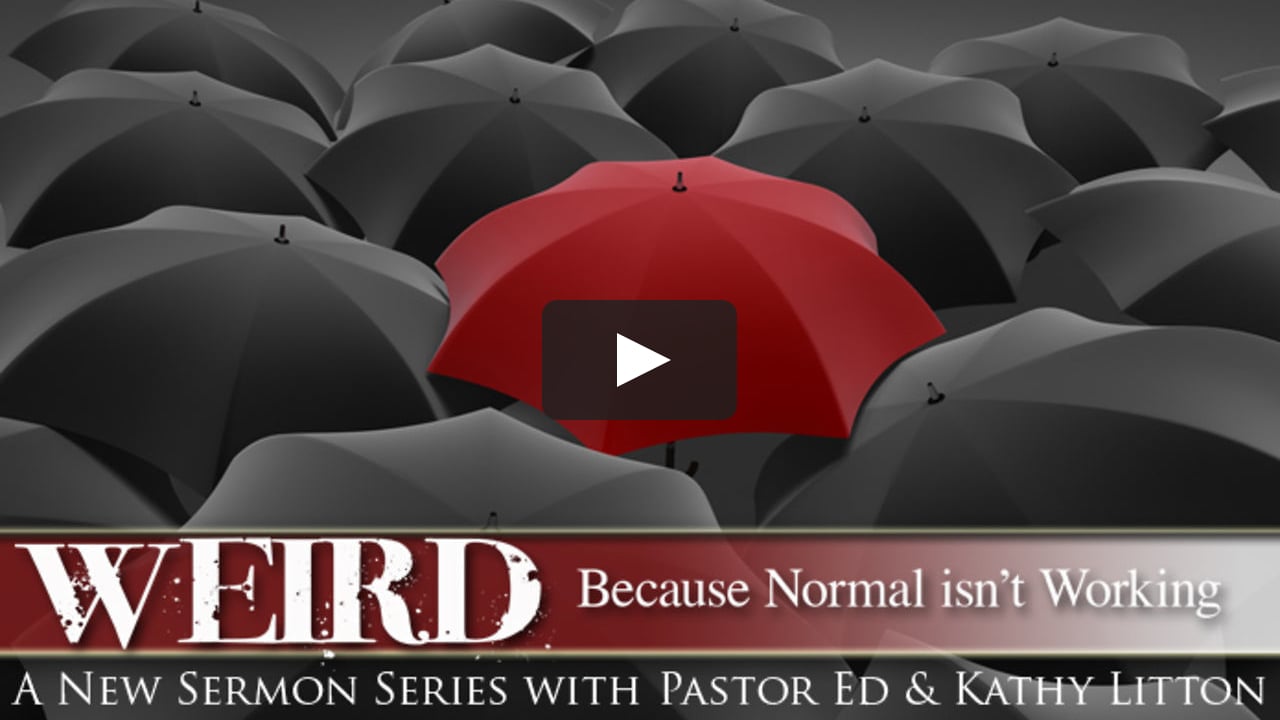 Ed Litton: “The day you are exposed as a fraud could be your greatest day.”

Ed Litton responded to allegations that he co-preached a sermon with his wife by explaining that he asked her to participate in a sermons on marriage and family. However, Ed Litton included his wife in other sermons and about other topics, according to sermon videos reviewed by the Capstone Report.

In 2013, Litton and his wife co-preached at least four sermons together on the topic of “Weird: Because Normal Isn’t Working.” A review of sermon videos from that series provided to the Capstone Report showed a five-sermon series with Litton co-preaching with his wife four of the sermons.

The Weird sermon series was not about marriage and family—it was a broader sermon series examining the Christian life, holiness, and overcoming worldliness. It is a similar title to the book and Bible Study by Craig Groeschel, WEIRD: Because Normal Isn’t Working published in 2012.

“The ultimate purpose of this series is so that you and I will not only get comfortable with being weird but that we will embrace our weirdness and that we will encourage one another to be weird,” Litton said introducing the sermon series.

Previously, Ed Litton said he preached a sermon with his wife on the topics of marriage and family.

Ed Litton told the press, “I’m a complementarian. I believe the roles that God gives us, I believe that the pastor, and this is right in line with the Baptist Faith and Message 2000, the elder of the church has to be a male, the primary teaching pastor. But I also believe in the autonomy of the local church. The truth is, the Baptist Faith and Message doesn’t speak to my wife, with me, on a series on marriage, or a series talking about family… I don’t contain all the wisdom in the world.”

Dr. Russell Fuller rejected the concept that a pastor or his wife should be the source of wisdom. Dr. Fuller said the job of the pastor is bringing what God says to the congregation.

According to Dr. Fuller, “I read some of his justifications for having his wife co-preaching with him, and what he said is, ‘Look I was preaching about marriage. I was preaching about the family and I don’t have all the answers. And so, I wanted my wife to help me.’ Well as human beings none of us have all the answers to any issue. That clearly shows that Ed Litton doesn’t understand what a minister is and what a preacher of the Gospel is supposed to do. Whether it’s marriage the family or any other topic, It’s not what does Ed Litton and his wife think or Russell Fuller thinks or anyone else, it is what does the Bible teach. What is God’s Word on this issue.”

Ed Litton justified having his wife preach because she is teaching under his authority as her elder.

According to al.com Litton said, “She is under my authority as her pastor.”

Tom Buck rejected this notion and pointed to the explicit teaching of the Apostles.

According to Dr. Buck, “Some say a woman can preach to men as long as she does so under the authority of an elder. But Paul says, ‘I don’t allow a woman to teach or exercise authority over a man…’ So we’re supposed to believe Paul’s leaving room for elders to allow something that he wouldn’t allow?”

These quotes from a 2013 Ed Litton sermon on truth seem especially relevant today.

One other important quote seems relevant.