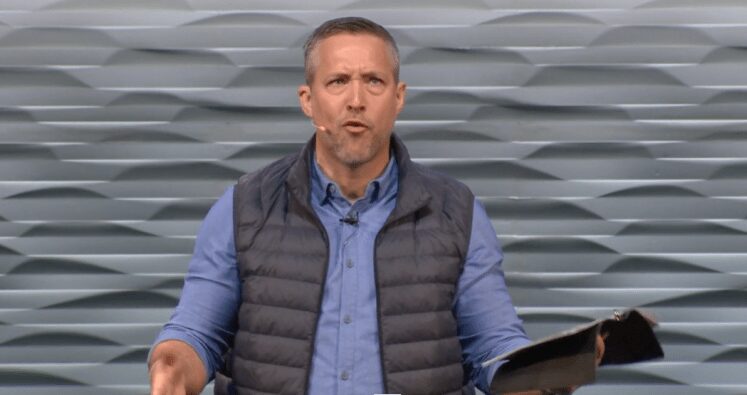 Houston Baptist University Theology Professor says J.D. Greear appears to have used his historical material but did not cite him as source in sermon on Romans 1.

According to Dr. Gagnon, “All the information that SBC President J.D. Greear cited about homosexuality in Greece and Rome on p. 3 of this transcript of his 2019 sermon on homosexuality looks like it came ultimately from my research, though I am nowhere cited. I commonly refer to the Plato’s Symposium, mentioning Agathon and Pausanias; and Plutarch’s Dialogue on Love, both mentioned by Greear. I also often refer to the work on homosexuality by scholars Thomas K. Hubbard, Craig Williams, and (less commonly) K. J. Dover, all mentioned by Greear. It is possible, I suppose, that the material was mediated from me to Greear by someone else, though the point is that he cites no one else as a source of the material. I had wondered whether Tim Keller might be that mediator, since Greear mentions him in close proximity to these sources, referring to his *Romans for You* book, but I have since discovered that this material is not contained therein. One potential source for the information may have been my presentation to The Gospel Coalition in 2014, where I discussed the ancient texts mentioned by Greear in his sermon, and make mention of Hubbard (though I don’t think that I mention Craig Williams and K. J. Dover in it; I mention them in other presentations and writings). Rev. Keller was present at that gathering. At the end of my talk he graciously came up to me and said that it was the best one-hour presentation of the subject he ever heard. It seems to me a long shot that Greear independently for his sermon read both the ancient texts in question and then each of the three scholars whom he cites.”

Dr. Gagnon’s presentation to The Gospel Coalition can be seen here.

This follows a revelation from a Patheos blog that J.D. Greear utilized sermon research firm the Docent Group. The Internet Archive shows Greear giving a testimonial for the research firm.

According to the testimonial Greear allegedly provided to the company, “Docent has been a humongous help to me, saving me literally hours each week and improving the quality of my preaching dramatically. These guys are the real deal. I give them assignments and questions on everything from interpretation to cultural analysis to illustration, and they get me thorough answers, always on time. They are outstanding scholars and really ‘get’ my job as a communicator. I often have people remark to me, ‘How many hours did you spend on that sermon? Where do you get time to do all that research?’ Ha. Thanks, guys for making me look so good!”

This is the first allegation in the Southern Baptist Convention’s Sermongate to move beyond allegations involving current SBC President Ed Litton. You can read more on Ed Litton and Sermongate here.