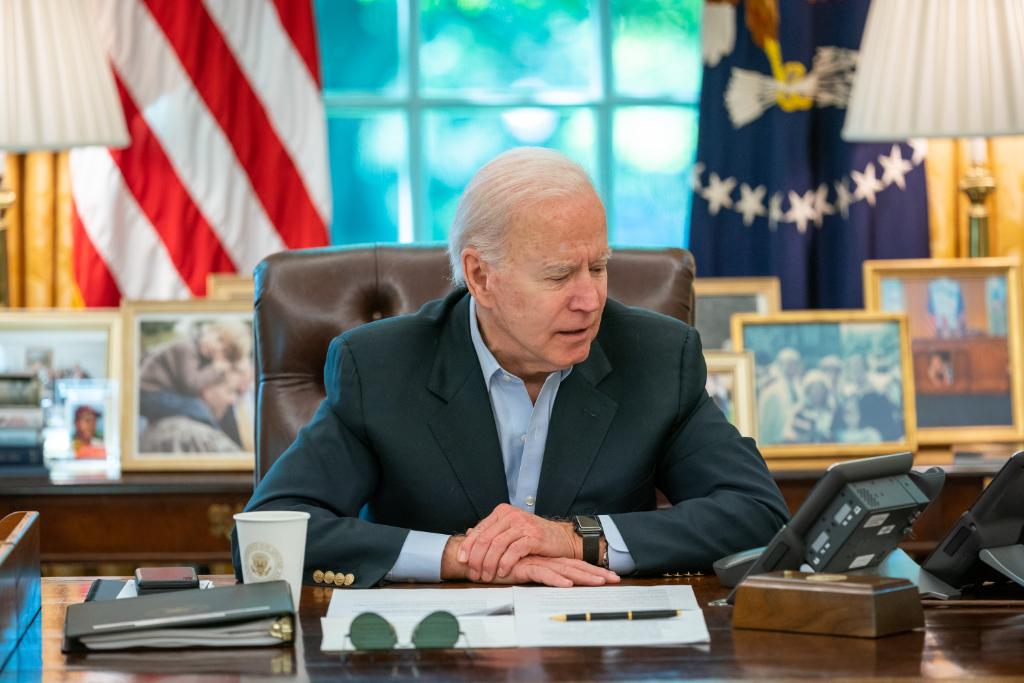 Despite passing a strong Pro-Life Resolution, SBC Elites and many messengers are moving toward Democrats on the issue of Life. The SBC is now filled with Biden Baptists led by the ERLC.

Rod Martin explained how the Southern Baptist Convention’s action at the meeting in Nashville illustrate a move to the Left on abortion.  Martin said on the Todd Starnes Show that the success was marred by opposition from some young evangelicals including an employee of the Ethics and Religious Liberty Commission (ERLC).

“This was the strongest resolution against abortion that the Southern Baptist Convention has ever passed,” Martin said. “We did pass it, but it was close.”

So that is good news? Right? Only if one overlooks the opposition from SBC Elites on the platform and SBC employees.

To pass the resolution against abortion required conservative Southern Baptists to fight both the SBC Elites in control of the denominational machinery and to deal with messengers who were obviously moving toward the Democratic position on abortion.

“First, the Resolutions Committee refused to report it out of committee,” Martin said. “James Merritt, the former president of the SBC and the chairman of the Resolutions Committee told us from the platform that they were opposed to speaking to abortion because ‘We’ve had plenty of resolutions on abortion through the years and we don’t need to speak to that anymore.’ Well, Excuse me, this same year they are bringing out another resolution condemning slavery. We have condemned slavery almost every year for the last 25 years. Slavery has not existed in this country since 1865 but we need to keep talking about that and not the ongoing slaughter millions of innocent babies. That is horrifying to me. That is nonsensical.

“So, the Resolutions Committee tried to spike it. We voted it out onto the floor, which was more than a little difficult. Then, once it was on the floor, we discovered something very interesting. This resolution was aimed at abolishing abortion—just like abolishing slavery. There was a huge blowback on the floor by people who support the Ethics and Religious Liberty Commission (ERLC) and one employee of the Ethics and Religious Liberty Commission, Russell Moore’s old agency.

“The blowback was that this Resolution would prohibit any kind of incremental approaches such as sonogram laws or laws against Partial Birth Abortions and so forth. So, we amended it from the floor to explicitly to include those kinds of things. The people who supported that amendment still opposed the Resolution. I was sitting in front of several hundred of them and they all voted for the amendment and then voted against the resolution. So, even when they got their way, they voted against a resolution condemning abortion, which tells you where we really are in the Convention. A lot of the people who most support Russell Moore, Ed Litton, etc., honestly, there is a reason they supported Joe Biden and it wasn’t Donald Trump’s mean tweets. It is that they believe in Critical Race Theory. They are soft on abortion and possibly Pro-Choice. And that is what we are fighting now. We are fighting for the soul of the Southern Baptist Convention.”

Russell Fuller on Conversations That Matter analyzed the abortion resolution in much the same manner—that rather than strength, it revealed the latent softness of many Southern Baptists on the issue of abortion. Much of this no doubt because of Russell Moore’s many years pushing the whole-life pro-life lie.

Dr. Fuller correctly identifies that many of the leaders in the SBC want to encourage people to vote for Democrats.

What is driving this move towards Democrats?

Dr. Fuller said, “They want to go with the world. They don’t want to be embarrassed by some guy who’s going to come out and just absolutely say look abortion’s wrong. Period. Oh, that makes us look uneducated that makes us look like a caveman. Don’t be so harsh about women who have abortion. Don’t say they are in sin. They’re victims you see. Well, why don’t we just say what the Scripture says? Why don’t we be honest about these things?”

Why not tell the world what the Bible says?

Because SBC Elites are worried that MSNBC thinks Christians need to be made more palatable, less contemptible.