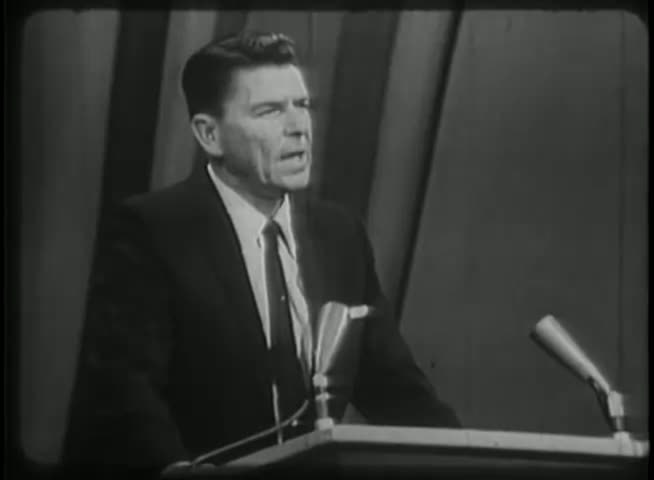 God does not need the Southern Baptist Convention. But America does. Will the Woke win or will orthodoxy prevail?

Ronald Reagan delivered one of the most important speeches in American history in 1964—A Time for Choosing. His words at the height of the Cold War warned of the dangers of surrender to the seeming inevitable gains of worldwide Communism. Reagan called America the last best hope of man on earth.

Reagan’s words are something to consider today: “You and I have a rendezvous with destiny. We will preserve for our children this, the last best hope of man on earth, or we will sentence them to take the first step into a thousand years of darkness. If we fail, at least let our children and our children’s children say of us we justified our brief moment here. We did all that could be done.”

Think about this for a moment.

America finished the Cold War race strong, though not without knocks, bruises, some bleeding and limping, through the Cold War to final victory.

Now America is beset with another danger. The Woke are destroying the very foundations of liberty and opportunity.

This time, America is in jeopardy from an internal foe. The battleground is not the Cold War. It is not a race to space. It is not the arms race. We cannot see a missile or bomber gap.

This time, the Woke enemy has infiltrated our universities, our churches, our schools, and yes, even our seminaries.

The Southern Baptist Convention is the latest battleground.

God does not need the Southern Baptist Convention.

If the SBC were to disappear, God would still triumphantly have a church, save souls. The Gospel would triumph.

That is not true of America.

God has a plan for America. However, we are not told what that is.

All we can do is the best we can do.

And for those who do not know or understand—the Woke are the enemy. They spread racism in the guise of anti-racism. They promote godless ideologies of Critical Race Theory and Intersectionality. They want to destroy the church—to divert it from the Gospel and down the primrose path of Social Justice.

Again—God does not need America. However, America needs God and it needs a healthy, orthodox Southern Baptist Convention.

The only way for that to happen is to repudiate the Woke. That means electing a conservative president.

That means rejecting the Woke nominees put forward by the Nominations Committee—a committee packed with J.D. Greear supporters. (Greear’s presidency will go down in history as the Woke tipping point for the SBC.)

Also, while making motions, voting on resolutions, and picking a President, Southern Baptists should remember the names of men who were persecuted by SBC Elites for standing for truth and biblical orthodoxy.

Remember Robert Lopez, who was lied about by Al Mohler cronies in the new pro-Russell Moore Administration at SWBTS.

Remember Dr. Russell Fuller who was fired by Dr. Mohler for standing against the false teachings of Dr. Jarvis Williams.

Remember Will McRaney who has suffered slander at the hands of a lawless Kevin Ezell.

To borrow form Reagan’s speech title, this is a Time for Choosing. Will Southern Baptists make the right choice?