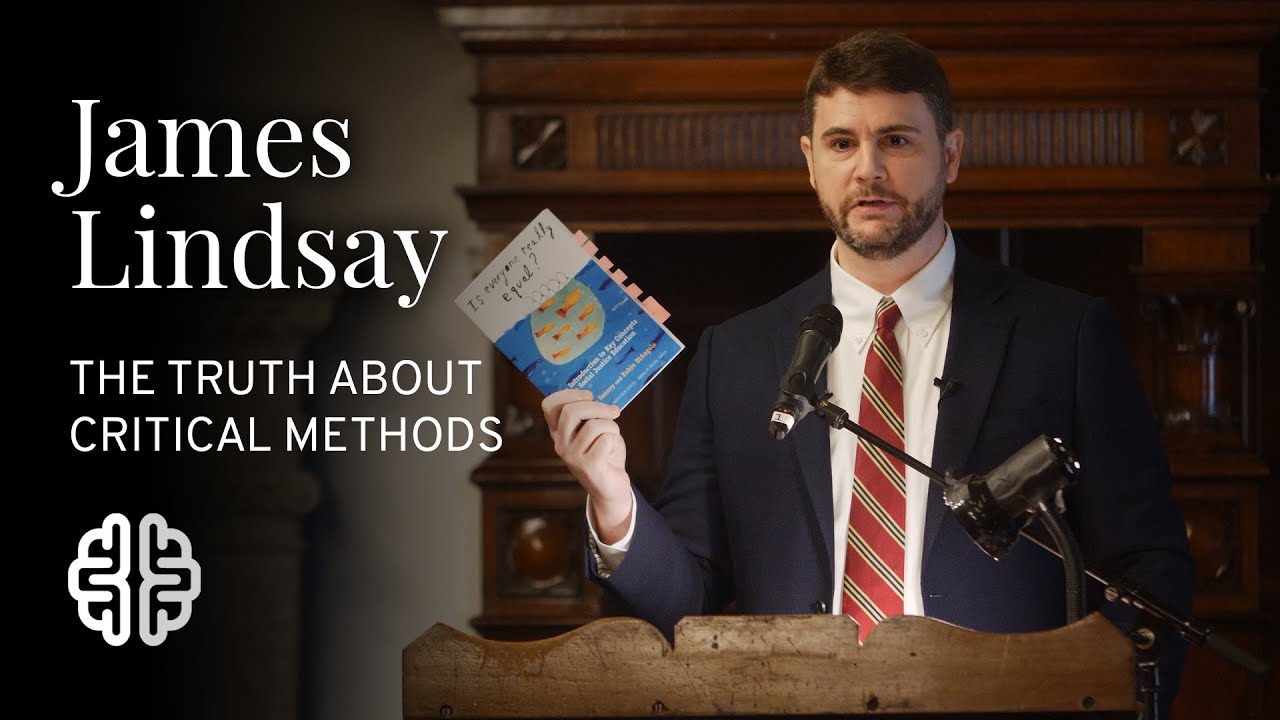 The Religion News Service, a leftist group working with the Associated Press and funded by pro-LGBTQ elites like Arcus Group and Google doxed the private business where James Lindsay once worked. Or, more specifically, RNS’s article by Bob Smietana doxed Lindsay’s wife’s business—a massage therapy clinic located near Knoxville, Tennessee. Ever helpful, RNS linked right to the Facebook business page with all the contact information.

It is, also, very religious because the Leftists who attack Lindsay online display a religious fervor in their ideology.

Lindsay’s crime worthy of doxing? He is one of the most powerful and convincing critics of racial identity politics.

And, most objectionable of all, Lindsay has developed a strong following among conservative Southern Baptists. Lindsay spoke at conferences like The Great Awokening and appeared on podcasts with Michael O’Fallon.

RNS seems confused why Lindsay, an atheist, has a larger following among Southern Baptists than scholars like Resolution 9 architect Dr. Curtis Woods.

Smietana lamented, “Several Southern Baptist academics, including a former professor at the seminary Mohler leads, have taught about critical race theory in the past.”

However, these professors adopted the assumptions of racial identity politics. To promote Critical Race Theory as an Analytical Tool is to accept the acid of critique (to quote Dr. Norm Geisler) that comes with Neo-Marxist critical theory.

Christians know to avoid this.

So, these “Christians” and religious people at RNS decide to publish the name and link to the address of Linday’s wife’s business.

James Lindsay is a Hoaxer!

Bob Smietana seemed flummoxed by the fact that James Lindsay rocketed to stardom by exposing the vapidity of modern-day grievance scholarship.

Smietana called Lindsay a hoaxer and referred to the Grievance Study expose as a hoax.

The word hoax or hoaxer was used 14 times by RNS.

It is an attempt to trivialize the powerful and important work of Lindsay, Pluckrose and Peter Boghossian. They revealed the “scholarship” in today’s elite universities is nothing more than jargon filled slop surrounded by impenetrable prose sprinkled with a few progressive buzzwords.

Another fact upsetting Smietana and RNS is Lindsay’s supposed lack of credentials.

“While he has a doctorate in mathematics, Lindsay has no formal training in religion or in critical theory or in how race affects American culture,” Smietana writes.

To conservatives, this is good news.

A degree in religion should disqualify someone from speaking on these issues because of all the ideological nonsense promoted in today’s seminaries. From heretical Liberation Theology at Southeastern Baptist Theological Seminary (SEBTS) to the nattering Leftists worshiping trees at Union Theological Seminary, a religion degree shackles the intellect and blinds the mind through ideological indoctrination.

However, Smietana fails to notice that identity politics and Critical Theory are problems within the field of Mathematics. As Lindsay explored a few months ago, some elite Math scholars now deny 2+2=4 because math as we know it was developed by racist, white European males—ergo, it is racist and must be rejected.

As the Western Journal reported on the incident, “The movement gained traction when New York Times journalist Nikole Hannah-Jones responded to a comedic meme originally created by James Lindsay, a mathematician and vocal critic of social justice ideologies.”

“Journalist” is an interesting description for Nikole Hannah-Jones considering the discredited 1619 Project.

But the key here is that Lindsay is qualified to speak about Critical Theory because its ideology infects every facet of American academic life.

Conservatives appreciate clarity and someone who stands for the belief that truth is objective and knowable to all people—regardless of race.

Conservatives rallied to support James Lindsay from the smears of RNS.

Samuel Sey tweeted, “It’s shameful that an atheist is less embarrassed to agree with the Bible on racism than some Christians.”

Josh Buice, a Georgia pastor, and founder of G3 Ministries, said, Lindsay has done more than many evangelical leaders to fight the dangers of racial identity politics.

Buice said, “I’ll be happy to go on record to state honestly and openly that James Lindsay ( @ConceptualJames ) who is an atheist has done far more to warn the SBC about social justice (CRT/I) than the heroes named in the RNS article.”

Author Mike Duran answers the key question about why evangelicals are looking outside evangelical academics for leadership.

He said, “It continues to be asked ‘Why are evangelicals aligning w/ so many non-Christian influencers and thought leaders in opposing CRT, antiracism, censorship, misinformation, etc.? Why aren’t they turning to other Christians?’ The answer is simple. The reasons that Christians are allying w/ folks like Jordan Peterson, Ben Shapiro, Eric Weinstein, CHSommers, Douglas Murray, James Lindsay, etc. — is because so many of our own evangelical academics / influencers are now woke and have caved to these secular ideologies.”

And Smietana and RNS decided to punish Lindsay for the great sin of not being an expert and not being in the Big Evangelical club.

Shame on RNS for doxing Lindsay’s wife’s business. Shame on “Christian” websites for publishing this screed.

For Christians, who should be concerned with Lindsay’s soul, does the action of Smietana, RNS and outlets who published this “story” show the greatness of Christ or diminish the Savior’s name?

RNS and Leftist Christians who support RNS prove that racial identity politics is far more important to them than the Bible.

They have abandoned it.

James Lindsay shames them by, as Samuel Sey noted, being less afraid of what the Bible says that so called Christians.