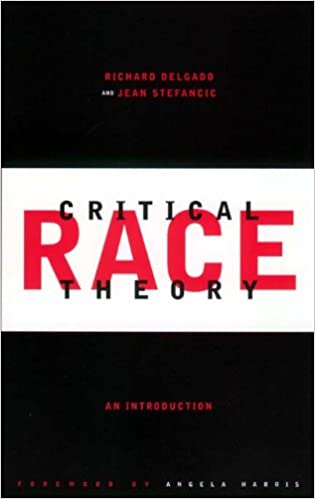 SEBTS faces ‘the consequence of a metastasized cancer.’

An undergraduate course taught by Matthew Mullins, ENG 3750, at the Southeastern Baptist Theological Seminary (SEBTS) utilized Critical Race Theory and whiteness studies to analyze literature. The results of the class included the political radicalization of at least one student who ended up supporting Hillary Clinton for President in 2016. The latest whistleblower said there is a “metastasized cancer” at SEBTS because of its promotion of Critical Race Theory.

According to Andrew Daniel, “Critical Race Theory has been taught at SEBTS for years. Here is but one example from an undergraduate English class in Spring 2015. This course helped radicalize at least one student in the class. What we are seeing now from SEBTS is the consequence of a metastasized cancer.”

Daniel is a graduate of SEBTS and earned two MA degrees at the school. So, his warning takes on a special urgency.

The course syllabus was provided to the Capstone Report and other outlets. It was released by a former SEBTS student on Facebook. The syllabus declares how and why Critical Race Theory will be utilized in the course.

According to Matthew Mullins syllabus, “We will engage the interdisciplinary fields of Critical Race Theory, whiteness studies, and ethnic studies to consider how these theoretical frameworks might add dimensions to our reading of literature and to examine how literature might redirect, revise, or reinforce these theoretical approaches. A strong understanding of race and ethnicity is imperative to believers in the age of globalization when diverse groups find themselves in ever-increasing proximity. As Christians we believe that all people are created in the image of God, that we all bear this image. And yet, there are vast cultural, economic, educational and other differences between groups that often fall along lines of race and ethnicity. Since we know that we are all image bearers, regardless of race, ethnicity, and nation, what accounts for these differences? How should Christians approach these differences? More specifically, what implications do these differences have for the spread of the gospel and fulfillment of the Great Commission?” (Click here to see PDF of the syllabus.)

The answer to what causes these differences is contained within the framework of Critical Race Theory—and a key textbook for the course was Critical Race Theory: An Introduction by Richard Delgado and Jean Stefancic. Hint: CRT assumes racism is the cause and then its analytical tool finds racism as the cause. (Click here for more info on this read this summary of CRT and this introductory textbook.)

The course and its presentation of race in America radicalized one student, according to Daniel. This student attended a Hillary Clinton for President Rally and appeared to campaign locally for the pro-abortion Democratic presidential nominee in 2016.

You can review every page of the syllabus below. Does this seem like a helpful course for conservative Christians? Or, does this seem like indoctrination in the worldview of Critical Race Theory? The radicalization of at least one student tells you exactly what was going on in that class.

So, about that Leftward Drift. There is no longer any doubt that our seminaries are compromised. Once again, it requires voting for an actual conservative to fix these issues.  The Leftward Drift will not be fixed a denominational bureaucrat who knows Russell Moore’s heart.

Also, this is not the only time Matthew Mullins was caught spewing racial identity politics. Watch this video below and you’ll see how Critical Race Theory influences Mullins on issues like adoption.