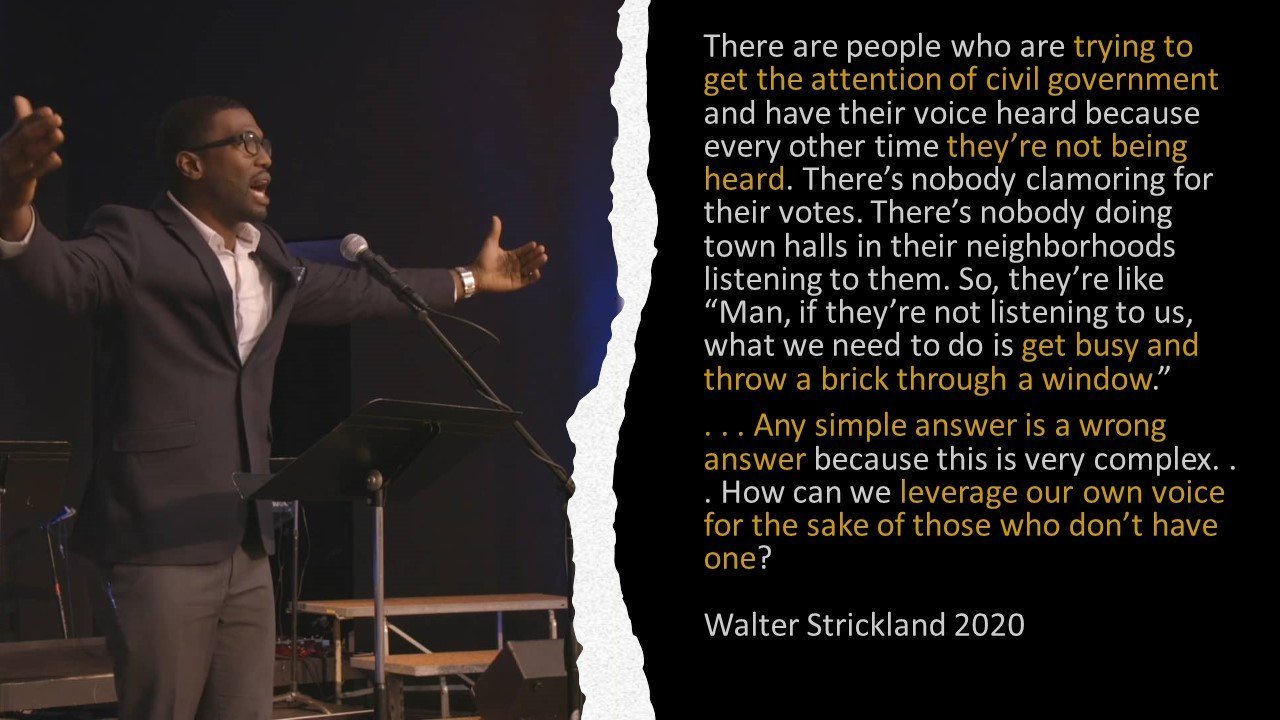 Instead of admitting a mistake, the Association of Christian Schools International (ACSI) doubled down on its promotion of Dr. Walter Strickland to provide diversity and multiculturalism training to ACSI schools. Instead of severing ties with Strickland who promotes heretics like James Cone, ACSI plans a webinar to answer those upset by the revelations.

ACSI claims, “Since that announcement, misleading reports have surfaced stating that UnifiEd’s philosophy and theological framework are not biblical. ACSI has also been questioned and maligned. Naturally, several of our schools have contacted us concerned about what they are hearing.”

The schools should be concerned. Diversity and multiculturalism are unbiblical garbage that serves as grift for those exploiting the gullible.

Also, ACSI lied. The reports are not misleading. Diversity is a canard. Multiculturalism is nothing other than cultural relativism.

And Dr. Walter Strickland pretends orthodoxy and then promotes Liberation Theology by the backdoor.

ACSI said it will hold a webinar to respond to the concerns and “provide additional pertinent and factual information.”

The comical part is how ACSI claims that everyone at ACSI and UnifiED believes the Bible.

Well, that’s not the allegation against Walter Strickland.

He adds to the Gospel. And here are some helpful videos for all you educators who need specific examples. Plus, these are not coming from some “blog” or website—these are coming from multiple sources including pastors.

Key problems with Dr. Strickland are that he misunderstands unity, follows James Cone’s error about power dynamics and adds to the Gospel.

Jon Harris of Conversations that Matter said of Dr. Strickland, “His understanding of the gospel in multiple quotations is deeply impacted by Liberation Theology, social justice and it renders what amounts to a false gospel.”

You should watch the embedded video. It contains about an hour of troubling quotes and biblical error that provide the smoking gun about the problems with Dr. Strickland. Harris provided an essay on the problems with Dr. Strickland’s soteriology. You can read it here. One key point: “This perception, that the gospel preached in most evangelical churches is somehow incomplete without the command to work toward social justice, saturates the language of many leaders in evangelical organizations. Unfortunately, for Walter Strickland, the gospel includes keeping a social justice version of the law.”

Also, the embedded video at the top of this post contains some very important points that highlight the problems with Dr. Strickland’s use of heretic James Cone and how it undermines the work of Christ on the Cross.

“We’re not suggesting that Dr. Strickland is recommending everything from James Cone,” Dr. Ascol said. “But he did recommend James Cone, particularly with this book, The Cross and the Lynching Tree, which the second part of that clip has Dr. Cone speaking about it’s all about power and if you’re not talking about power, then you’re just playing games. So, the idea that that unity comes through power either giving it up or taking it when you haven’t had it. I mean that’s contrary to the unity in the Spirit through the bonds of peace that Paul talks about in Ephesians chapter four.”

Later in the discussion, Jared Longshore explains that the demand that some give up power that is promoted by Dr. Cone and Dr. Daniel Akin of SEBTS along with Dr. Strickland is not the correct path to racial reconciliation.

“What is being advocated as far as racial reconciliation and equality from this vantage point diminishes the work of Jesus Christ, our savior, on the cross,” Longshore said. “The cross of Christ is what has established our unity it is not going to be established by white people surrendering their power. It has been established by Jesus Christ himself going to the cross and when he died he abolished the wall of hostility.”

Longshore then dropped an important fact: there are alternatives to ACSI.

“CLS and ACCS are two that I have heard are not buying in to this ideology that is working its way not only through all of the government schools,” Longshore said.

ACSI would do well to remember that there are other options. If they care about the Bible and want to avoid racial identity politics—they must end their partnership with Dr. Strickland. Anything less shows they care about pleasing the culture more than pleasing God.