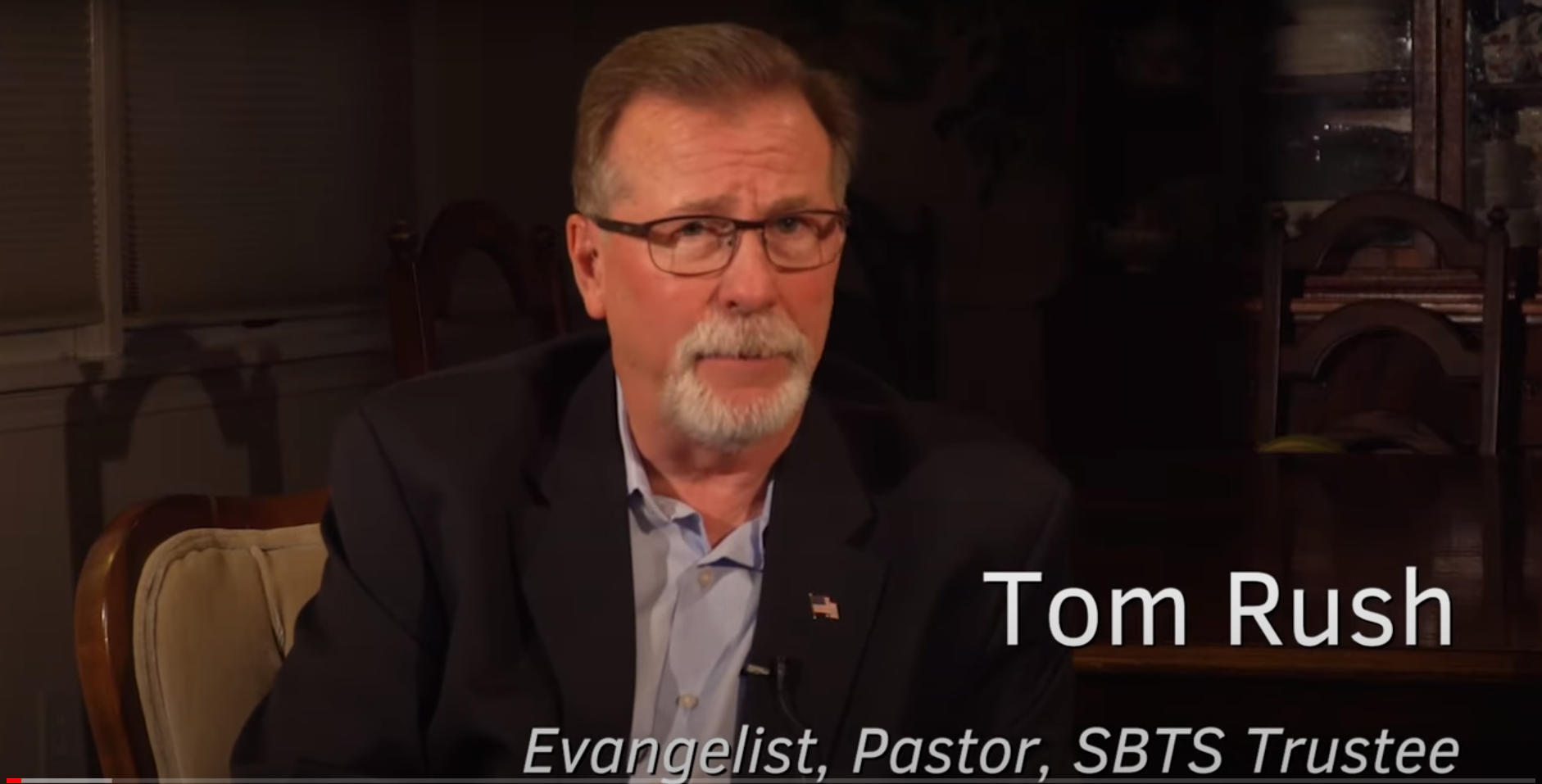 By Lawrence Fuqua
Special to the Capstone Report

“Men wink at error as long as it is committed by a good-hearted brother.” -C.H. Spurgeon

While this quote could be applied to many, it cannot be applied to Pastor Tom Rush. As a trustee at The Southern Baptist Theological Seminary for 6 years and a pastor for 38 years, he has decided to make a bold move and oppose the President of SBTS, Dr. R. Albert Mohler.

While Dr. Tom Rush respects and cares very much for SBTS and for Dr. Mohler, Rush cannot remain silent any longer about what he has seen take place at the largest seminary of the SBC. He is an eyewitness to conversations behind closed doors concerning the error being perpetuated at Southern Seminary. He refuses to wink at it, even when committed by good-hearted men like Matthew Hall, Jarvis Williams, & Al Mohler.

In a video posted to Facebook & YouTube, Tom Rush shared his personal experience as a trustee of what has been happening at Southern behind closed doors. What he has reported should concern all Southern Baptists. It should cause us all to wonder whether we can trust Dr. Mohler at his word. (See: Four biggest bombshells from Dr. Tom Rush’s video exposing the problems at SBTS)

Tom believes that this Leftward Drift at SBTS has to do with their views on social justice. While they boldly emphasize inerrancy as a Seminary, Tom testifies that the doctrine of the sufficiency of Scripture has fallen out of belief and practice.

There are other problems too. One major issue is the use of agreements to force professors into keeping problems at the seminary secret. Dr. Rush rejects the use of these types of tactics as un-Christian in violation of biblical commands.

As a war veteran who loves his country, Tom Rush is a major advocate of the 1st amendment and believes that these professors could not freely enjoy these rights because of the use of non-disparagement agreements.

Rush takes his job as a trustee seriously. That is why he came public with his concerns.

“I don’t want SBTS to be the biggest and brightest and the best in terms of numbers and finances,” Dr. Rush said. “I want SBTS to be known as the seminary that is most faithful to the Word of God.”

Tom Rush is a good man. He is bold for fighting behind closed doors over these issues, and he is right to come forward. Given this testimony from a Trustee of Southern Seminary, it grieves many Southern Baptists to say that they cannot be Trusted for Truth.