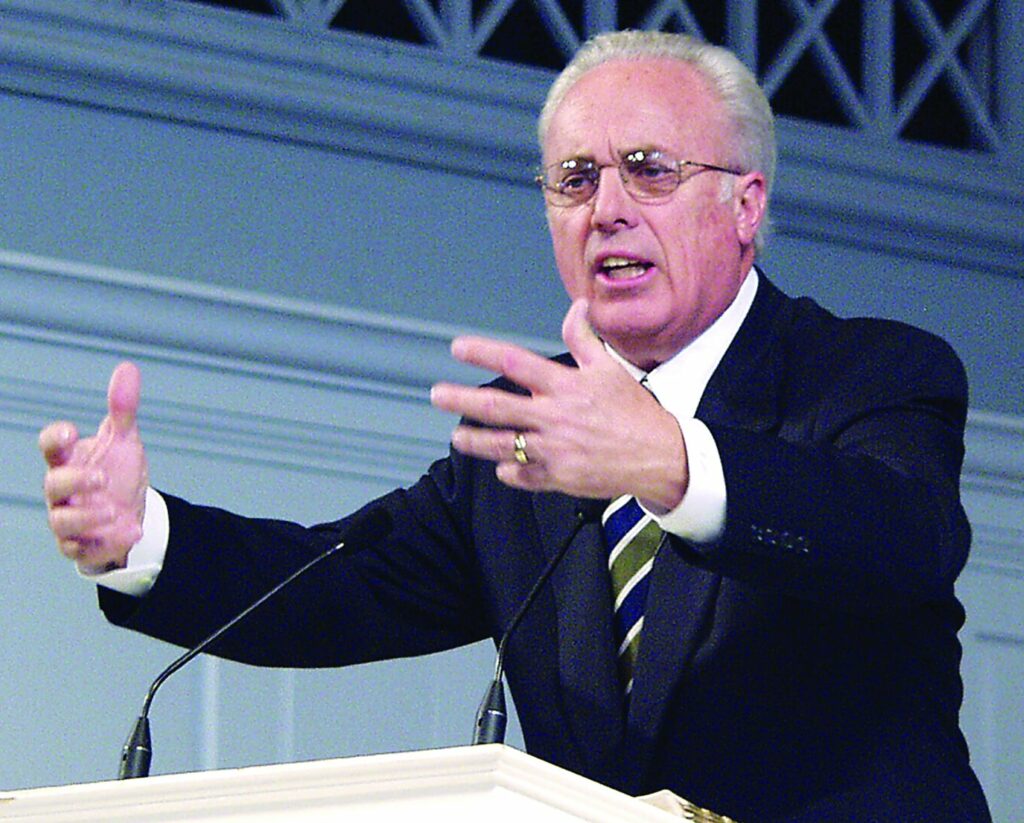 9Marks leadership showed by their actions that Black Lives Matter protests are more important than the church assembling. So, while their churches cower in compliance with government mandates, the pastors of many Elite Evangelical churches took to the streets to protest. It shows their priorities: Leftist political advocacy is more important than a meeting of the saints.

Screenshots of the double standard were circulating on Twitter following an article and podcast from 9Marks arguing churches have flexibility in deciding whether to meet or not. (That is an interesting take considering most orthodox Christians consider meeting of the church a scriptural command.)

Christian talk show host Janet Mefferd opined, “Hear Dever and Leeman liken the Christian who wants to resume in-person church to Romans 14’s weaker brother…Yet Dever shut down CHBC thru early June (w/NO online services), & Leeman went to #FaithThatWorksDC protest against DC orders! Who’s weak, again? Note also the authoritarian tone that any layman who disagrees with Mark Dever over this issue has to either ‘agree to disagree’ or find another church. Couldn’t the PASTOR be wrong and in need of repentance/obedience to Scripture?”

Phil Johnson, Executive Director Grace To You, also noted the hypocrisy. He posted, “A few weeks ago @JonathanLeeman was promoting & participating in a BLM-themed mass protest. #FaithThatWorksDC Today he’s troubled enough by a West-coast church gathering for worship to warn against it. Seems inconsistent with the core spirit of the marks of a healthy church.”

As you can see, Leeman along with other Social Justice Evangelicals show their priorities: promoting Neo-Marxist Black Lives Matter protests is more important than the church meeting. Why is that? What possible reason do these Evangelical Elites have for prioritizing Social Justice causes over the church?

Of course, this is not the first time Leeman has shown his tendency to embrace Racial Identity Politics. Leeman taught a Sunday School class at Dever’s church on this topic.

Leeman’s lesson advocated a redefinition of justice beyond fair process into something far more expansive: “Justice, after all, involves a reckoning. It’s not just a putting down of the oppressor; it’s a lifting up of the oppressed and downtrodden…The challenge of affirming merely a fair process is that it’s atomistic. It views people as isolated units. And it doesn’t account for generational and relational connectivity. It doesn’t account for the entrenched and cyclical nature of poverty passing from one generation to another.”

Priorities reveal a great deal about someone—supporting Neo-Marxist causes is now more important than the church for some of these Evangelical Elites. It is very telling.

One thought on “9Marks of a Hypocrite: Leeman, Dever against MacArthur”