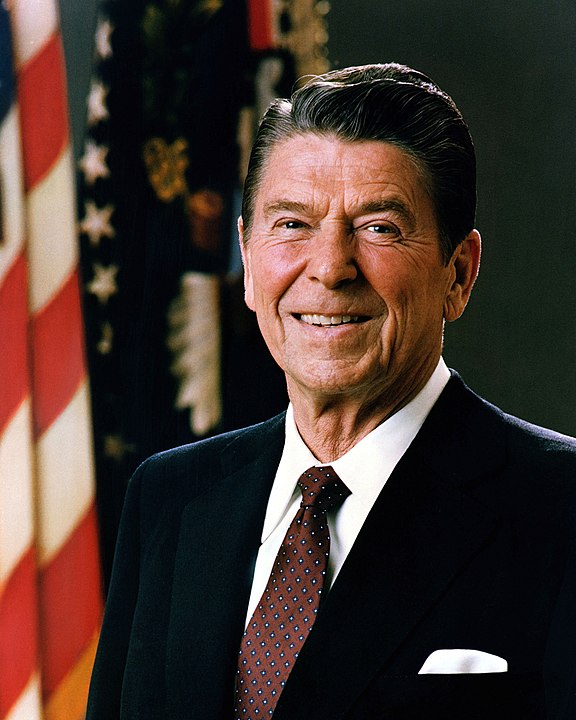 There are two views of America: A land of harmony & peace or a land of systemic racism

Ronald Reagan saw America as a City on a Hill: “I’ve spoken of the shining city all my political life, but I don’t know if I ever quite communicated what I saw when I said it. But in my mind, it was a tall proud city built on rocks stronger than oceans, wind-swept, God blessed, and teeming with people of all kinds living in harmony and peace—a city with free ports that hummed with commerce and creativity, and if there had to be city walls, the walls had doors, and the doors were open to anyone with the will and the heart to get here. That’s how I saw it, and see it still.”[1]

As Henry Kissinger noted Reagan truly viewed America like this and because of it led America to victory in the Cold War. Kissinger said, “America as a shining city on a hill was not a metaphor for Reagan; it actually existed for him because he willed it to exist.”[2]

Contrast this optimistic view of America and its promise with what Al Mohler just said. Mohler views America as racked by unjust structures.

“Yes, there is systemic racism and systemic sin in America,” Mohler said.

Mohler tries to finesse what this means. “Do we believe in structural racism? Yes and no. Yes, in that sinful human beings bring their individual sin, including racism, into the structures and systems of society. We have seen that take place over the course of human history, and we can see it in the policies, laws, habits, and customs of our own society in this contemporary moment. This means that systemic racism is one of many aspects of sin’s presence in our society. Abortion, for example, represents another horrifying facet of systemic sin.

So, what does it mean?

“This means that no structural overhaul, no revolution, no eradication of biblical Christianity will secure lasting justice and peace,” Mohler said. Right before urging stamping out structural sin. “We are called to do everything within our power to expunge sin from the structures of our society. Christians know that the justice of God demands that we do so.”

Oh, and if you think the Founders and our Founding documents aren’t sinful, let Al Mohler dispel you of that belief.

Mohler writes, “Our national history unquestionably reveals structures of racism. When the nation was founded, the Constitution allowed for race-based chattel slavery. Black human beings were viewed as less human than those with lighter skin. Not only do we find systemic racism in the institution of slavery, but also in the era that followed the American Civil War in the Jim Crow South, and in pervasive notions of white supremacy that, for example, can be traced to President Woodrow Wilson in the White House. States and local governments codified race-based discrimination and enacted economic policies that harmed African American communities.”

Also, notice the trick Mohler uses to distract you. He talks about abortion. He uses that as an individual sin that is a systemic sin.

However, Mohler ignores the point—Abortion is Legal. Racism is banned in just about every way possible. And has been. The Fair Housing Act became law in 1968.

Here is the challenge: You claim America has systemic racism. Then prove it. Show examples of it today. Let’s see the stats not your ex cathedra pronouncement that such exists. Denying systemic racism are the likes of Walter Williams and Thomas Sowell. What do you have to affirm it? Matthew “I’m a racist and white supremacist” Hall? Howard Zinn?

Also, Kissinger’s view of America is worthy of consideration. He wrote, “Having spent my childhood as a member of a discriminated minority in a totalitarian system and then as an immigrant to the United States, I have experienced the liberating aspects of American values.”[3]

That isn’t to say America is perfect.

It isn’t. You can hear on tapes Richard Nixon using racial and anti-Semitic talk  to Kissinger. It is horrible.

Yet, America has changed. It bans arbitrary and capricious discrimination. The public rejects racist talk.

However, Kissinger’s experience teaches us that America and its values are great.

America and its values are worthy of respect and protection.

Rich Lowry notes how Elites have worked to destroy the image of America. He explains the corrosive work of Howard Zinn’s Marxist view of American History. Then with this powerful excerpt from Samuel Huntington, he explains the treason of the elites: “In the 1960s and 1970s,” Samuel Huntington writes, “they began to promote measures consciously designed to weaken America’s cultural and creedal identity and to strengthen racial, ethnic, cultural, and other subnational identities. These efforts by a nation’s leaders to deconstruct the nation they governed were, quite possibly, without precedent in human history.”[4]

And this is what Al Mohler’s assertion of America as systemically racist does. It destroys our shared identity and strength. It lies about America—the least racist land in the world. As Ben Shapiro pointed out this week, there is so little actual racism in America that the Leftist media must invent racist stories.

So, compare the views of Ronald Reagan and Albert Mohler. Which best fits the facts?

Is America a shining city on a hill?

Or, is America a racist land with structures that must change?

Al Mohler has joined the Elites deconstructing America. He offers no proof that America is racist other than historical facts–facts long since moot because of America’s conscious decision to outlaw racism.